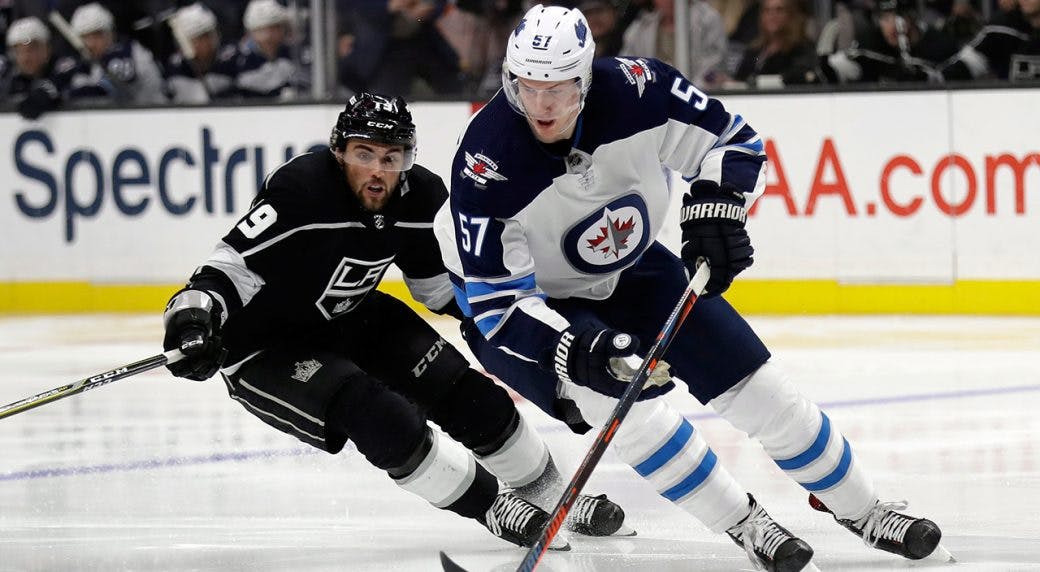 Photo credit: Marcio Jose Sanchez/AP
3 years ago
Comments
The worst kept secret in Vancouver has come to fruition as the Canucks have signed defenceman Tyler Myers to a 5-year contract with an average annual value of $6.0M per season.

The 29-year-old defenceman scored 31 points (9-22-31) in 80 games last season with the Winnipeg Jets.
The full breakdown of compensation and clauses are as follows:

Given that this signing has been expected for the past 10 days, there has been a lot of discourse about the signing already. The fanbase is split about what type of impact that Myers can have and if that is worth the value of the contract. Myers will help improve the Canucks offence from the backend but does struggle to defend. It will be interesting to see how the coaching staff deploys him as all the underlying data suggest a defenceman who isn’t suited to play a top pairing role but he may just play that way here in Vancouver.
Advertisement
Ad
Advertisement
Ad
Over the past couple of days, the reports had the rumoured deal being in the 7-year range with an AAV of up (and more) to $7.0M per season

.@renlavoietva: I do believe Myers will be a 7 year contract. it could be $8 million per season. $6 million might be a bit low. GM's are looking at the cap being lower and demand for young players – could be less money spent in FA but there's a lot of demand for defensemen.

Hard to know what happened but it’s entirely possible that one of the sides leaked those numbers to put pressure on the other side but the $6.0M range was more likely all along.
This five-year deal will take Myers to 34 years old.
Advertisement
Ad
Advertisement
Ad