Advertisement
Ad
Canucks not interested in a rebuild, Elias Pettersson is currently their “only untouchable”: report 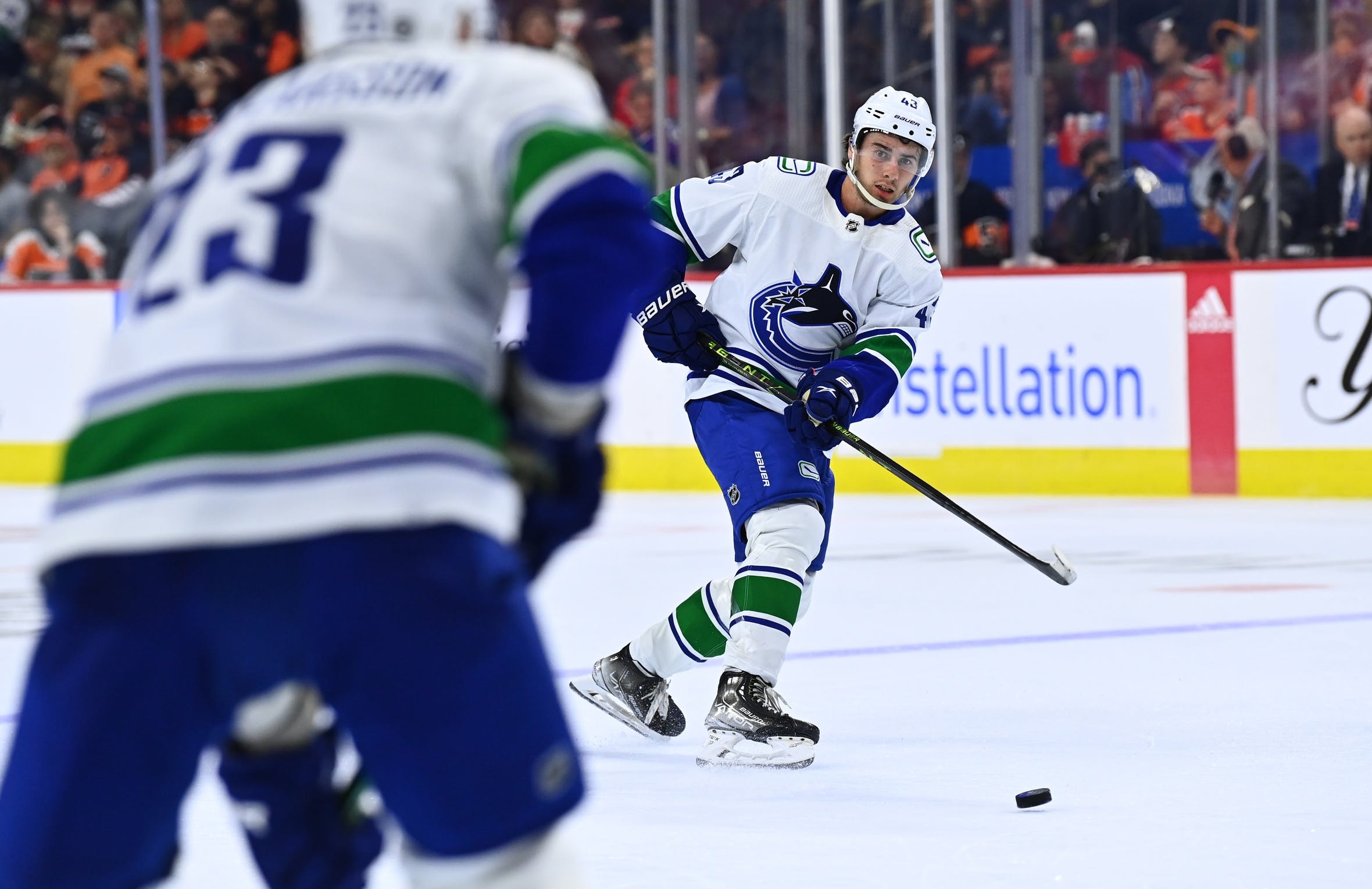 Photo credit: © Kyle Ross-USA TODAY Sports
By Lachlan Irvine
1 month ago
Comments
Elliotte Friedman dropped a massive update on the Canucks’ plans for improving the team’s long-term outlook, but the news will likely be a surprise to many.
During tonight’s 32 Thoughts segment on Hockey Night in Canada, Friedman reported that the Canucks’ front office is “not interested in a rebuild or a teardown, but they are interested in changing their mix and breathing some new life into the team.”

Elliotte Friedman's update on the #Canucks' situation:
1) The team isn't interested in rebuilding or a teardown
2) Their only untouchable currently is Elias Pettersson
3) In Quinn Hughes' case, it would take a "mammoth offer" for the Canucks to consider trading him pic.twitter.com/d12dqX9omP

But the more interesting nugget of info involved which Canucks are now considered untouchable or, more accurately, who isn’t.
“They have indicated that they have one untouchable and that is [Elias] Pettersson. Now, I know what everybody’s going to start to say, what does that mean about Quinn Hughes?” Friedman said. “And what I was told is that the Canucks have said it would take an absolutely mammoth offer.”
“This is not something they’re looking to do. It would take them a mammoth offer for them to part way with the tremendous young defenseman.”
Advertisement
Ad
Advertisement
Ad
Friedman also provided an update on where things stand with captain Bo Horvat, as rumours on where he’ll end up continue to swirl.
“We’ve all been wondering this week about what his future is. The best I can sense is that J.T. Miller’s contract is worth 56 million, I just don’t think they want to go over that for Horvat, and his year has put him over that.”
All of this news is bound to create a lot of questions for general manager Patrik Allvin, who coincidentally is scheduled to join Scott Oake on After Hours later tonight following the Canucks’ matchup with the Winnipeg Jets.