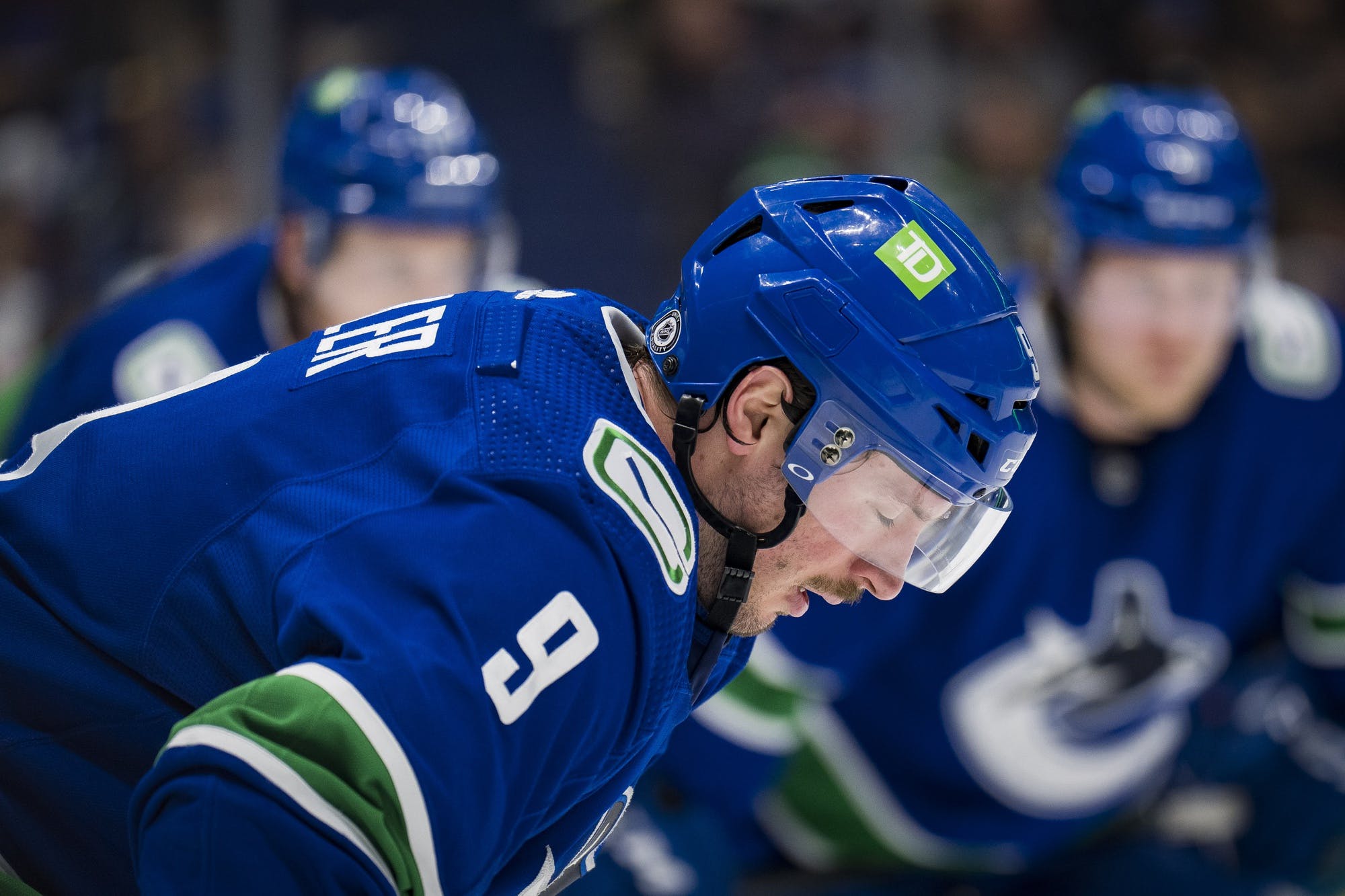 Tom Petty always said that the “waiting [was] the hardest part,” and while fans of the Vancouver Canucks aren’t quite as petty as they’re often accused of being, they can certainly relate.

All indications were that the summer of 2022 would be a transformative one for the franchise. Under new management led by GM Patrik Allvin and POHO Jim Rutherford, sweeping changes to the roster and depth chart were promised.

No stone was to be left unturned, with some pundits speculating that the “country club” Vancouver dressing room was going to “unrecognizable” after the offseason was complete.

Some big quotes from Kyper & John Shannon on the Bob McCown podcast. They said Rutherford hates the room , they called it a “country club” and said Rutherford is going to make splashes , we won’t recognize this team next year. Only the core 3-4 staying. @taj1944 #Canucks

First and foremost in the list of potential franchise-altering transactions was supposed to be the trade of J.T. Miller. Many considered the writing to be on the wall, with Miller’s contract set to expire after the 2022–23 season and both sides repeatedly referring to how far apart they were in negotiations on an extension.

Those kinds of statements were being made as far back as the 2022 trade deadline, but nothing happened there. Rumours heated up again after the Stanley Cup was handed out and the off-season began but, again, no trade occurred.

Next came the 2022 NHL Entry Draft, a seemingly perfect opportunity to trade Miller that came and went, as did the Free Agent Frenzy that followed.

Along the way, the Canucks made some moves, adding a few key middle-roster UFAs to the mix and strengthening the overall depth of the team. But the potential of a Miller move is so consequential that it’s impossible to project much of anything about the 2022–23 Canucks until the trade goes down — or doesn’t.

And now it sounds as if fans might have to wait as long as the 2023 trade deadline for what should be the most important trade since Roberto Luongo came to town.

With a trade still up in the air, everything else is on hold. The roster can’t really be fully completed, and fans can’t give their true opinion of the team just yet because the roster isn’t truly complete. And Canucks supporters love to give their opinions of the team.

Instead, they wait. It’s uncomfortable. It’s frustrating. It’s making it impossible for some to think clearly about the season to come.

A lot has been written about the patience, or apparent lack thereof, of the Vancouver fanbase this off-season. But it’s especially worth noting that, as the Miller drama stretches on through August, Canucks fans are experiencing their sixth off-season in a row that are almost entirely defined by a long, anxiety-inducing wait for something.

The trend began in 2017, as Canucks fans watched and waited for (future-captain-in-waiting) Bo Horvat to sign an extension. Negotiations dragged on all summer long before finally wrapping up in early September on the cusp of training camp.

The Summer of 2018 was a bit of a reprieve, but not without its own drama and anticipation. Vancouver fans had to wait nearly two months after being eliminated to find out if star prospect Elias Pettersson would be joining the team for the 2018–19 season.

Then, they had to wait a further two months thereafter for the tension inside the Canucks’ front office to be resolved, something that finally happened with POHO Trevor Linden’s departure in late July. The wait then shifted to the hiring of a replacement for Linden. Canucks fans would continue to wait for that one for another three years.

Then 2019 brought with it another fraught round of contract negotiations. This time around, it was Brock Boeser’s turn, with the back-and-forth on his extension lasting all the way until September 16, 2019, well after the preseason festivities had begun.

Of course, everything was put on hold in 2020. The entire world waited for some semblance of normalcy to return in the midst of the COVID-19 pandemic, and in many ways, we’re still waiting. But hockey fans specifically had to wait until August of 2020 for the play-ins and playoffs to commence.

Then another, bonus off-season occurred, and of course it was defined by more franchise-specific waiting for the Canucks. This time was particularly frustrating, too, because much of the waiting was entirely fruitless.

Jacob Markstrom’s departure was expected, but many held out hopes for Chris Tanev and Tyler Toffoli extending their contracts. Fans ended up having to wait days into free agency for the full story to play out, and when it did, it was disappointing. GM Jim Benning had apparently not even made serious offers to either Tanev or Toffoli.

This was the summer of “ran out of time,” but it was also another summer of waiting. The reason for no offers being made to Tanev or Toffoli? Reportedly, it was because Benning was waiting on a trade for Oliver Ekman-Larsson to materialize. He, and Canucks fans along with him, would wait a full calendar year for that trade to be completed.

The summer of 2020 also featured a wait for head coach Travis Green, coming off three rounds of postseason success, to be extended. Instead, that saga dragged on into the 2020–21 season, during which Green served as a lame-duck and the team floundered. The team would wind up waiting until a month into the 2021 off-season to extend Green, only to wind up firing him mere months later.

That same summer of 2021 also brought with it perhaps the most agonizing wait of all. Both franchise cornerstones, Elias Pettersson and Quinn Hughes, were without contract throughout the off-season, leading to dual holdouts come training camp.

As Canucks fans stressed and fretted, Pettersson and Hughes worked out with the Tkachuks in Michigan. They finally signed on October 1, 2021, after training camp was complete and two exhibition games had already been played. Both players, and especially Pettersson, got off to slow starts thereafter.

And now, the summer of 2022, and the interminable wait for a Miller trade (and other, presumably inevitable transactions that will follow). Heck, if that wasn’t enough waiting for Canucks fans this off-season, they also had the pleasure of waiting more than a month just to hear that the unprecedentedly popular Bruce Boudreau would be returning as head coach.

Six consecutive off-seasons, each of them defined by waiting. Six off-seasons in a row in which Canucks fans have been asked to sit on their hands for an entire summer, holding out for something of huge import to the franchise to be sorted out.

It’s something that every team and every fanbase has to deal with to a certain extent on occasion. But every single off-season, for more than half-a-decade running? That’s a uniquely Canuck experience.

So, maybe impatience is not the issue. Maybe we need to set Tom Petty aside for a second and instead borrow some lyrics from The Trews.