Advertisement
Ad
The Canucks got exactly what they needed in return for Olli Juolevi, especially in the form of Juho Lammikko 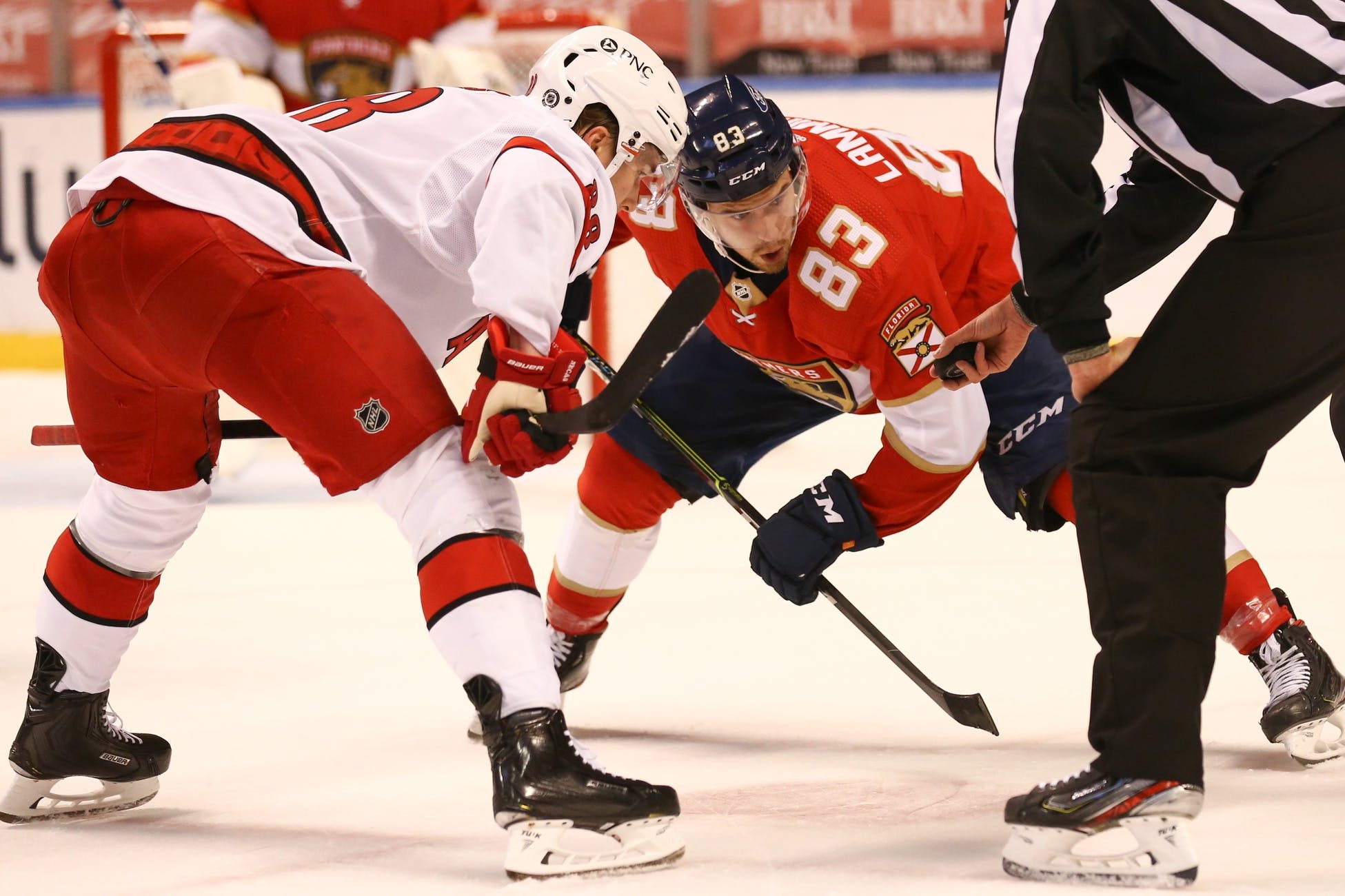 Photo credit: © Sam Navarro-USA TODAY Sports
By Stephan Roget
1 year ago
Comments
Less than 48 hours after news of the latest Vancouver Canucks/Florida Panthers trade broke, we think that enough ink has already been spilled about the Olli Juolevi-for-Noah Juulsen swap at the center of it.
Both Juolevi and Juulsen are former highly-touted defenders picked in the first round of the NHL draft, and both have had their careers severely hampered by various injuries.
Perhaps most important of all, both were destined to start their 2021/22 seasons in the AHL.
Neither has much of a future ahead of them if they cannot get past their injury-related development issues, but of the two, Juulsen looks like the better fit for the Canucks. He’s a year older, has already cleared waivers, and plays the right side, where the team is incredibly thin. He plays a more physical game than Juolevi, and he’s from Abbotsford to boot.
Advertisement
Ad
Advertisement
Ad
So, on this exchange alone, Jim Benning and Co. would seem to have come out slightly ahead.
But it’s the additional acquisition of Juho Lammikko that really puts this trade over the top, and places it firmly within the win column.
Satiar Shah reported last week that the Canucks were looking to the waiver wire for depth at the center and RHD positions following the training camp absences of Brandon Sutter and Travis Hamonic.
Now, in one fell swoop, they’ve acquired one of each, and all it cost them was a player they were going to put on waivers anyway.
As we’ve already said, whether Juulsen ever gets his name up to NHL snuff is unclear, and counting on him to fill in for Hamonic is certainly a gamble.
But the 25-year-old Lammikko looks like a perfectly fine Sutter replacement for the time being, and may even prove to be the superior option in the 4C slot even after Sutter makes his return.
Advertisement
Ad
Advertisement
Ad
Consider that, while Sutter played bottom-six center and wing roles for the lowly Canucks in 2021, Lammikko was the dedicated 4C for the Florida Panthers — owners of the fourth-best record in the league — for most of the season.
The question, then, of whether or not Lammikko is a good enough 4C for a playoff team would seem to have already been answered: he is, he was, and he just might be again.
Some of the time, Lammikko platooned with fellow center Noel Acciari, sharing some of his pivot duties.
Most of the time, however, Lammikko was flanked by a series of wingers like Ryan Lomberg, Owen Tippett, Frank Vatrano, Brett Connolly, and Vinnie Hinostroza, and he handled sole possession of the center lanes quite well.
From Dobber’s Frozen Tools
Advertisement
Ad
Advertisement
Ad
A glance at Lammikko’s quality of competition may seem discouraging at first, but there’s some important context required to understand it.
From HockeyViz.com
Lammikko was not placed into much of a shutdown role by the Panthers. He played primarily with and against fellow third- and fourth-liners, facing off with opposing first lines less frequently than even the average NHL forward.
But there’s a big, obvious reason for that, and his name is Aleksander Barkov.
Lammikko had the good fortune to play behind Barkov, 2021’s Selke Trophy winner, for the entire season. That meant Barkov gobbling up all the difficult minutes on a nightly basis and leaving the rest for centers further down the depth chart. It’s also important to note that Lammikko’s quality of teammates lagged even further behind than his quality of competition.
Advertisement
Ad
Advertisement
Ad
Which is not to say, however, that Lammikko received anything approaching sheltered minutes. He started just 32.5% of his shifts in the offensive zone, meaning Lammikko and his linemates were constantly thrown into their own end and expected to move the puck out and up the ice.
In that regard, he performed admirably, if not astonishingly. Lammikko’s near-even possession rates and other on-ice metrics will not dazzle, but they should at least lightly impress when understood within the context of his constant defensive zone starts.
From NaturalStatTrick
If there’s one center-related area in which Lammikko currently struggles, it’s faceoffs. Lammikko won just 44.9% of his draws in 2021, which isn’t awful, but one hopes for better from someone who may be taking them in the d-zone with a game on the line.
Advertisement
Ad
Advertisement
Ad
Fortunately, players tend to improve their faceoff numbers when they come to Vancouver. And, if not, the Canucks will at least have other options available to take draws, as we’ll discuss more shortly.
Where Lammikko really stands out from the pre-establishing bottom-six pack in Vancouver is in his ability to play down the middle of the ice on the penalty kill. The PK was obviously a major priority for coach Travis Green and his staff during training camp, with preseason standouts Jonah Gadjovich and Phil Di Giuseppe jettisoned for their lack of shorthanded experience in favour of PKers like Justin Dowling and Matthew Highmore.
Lammikko spent much of the 2021 season in the top-four PK rotation for the Panthers alongside Barkov, Acciari, and Eetu Luostarinen, killing an average of about a minute per game. That makes him especially valuable to the Canucks as a lynchpin of their second unit, with Jason Dickinson centring the first, at least until Sutter returns.
Advertisement
Ad
Advertisement
Ad
Lammikko’s offence is certainly nothing to get excited about, but it’s not the worst the Canucks have ever seen at the bottom-end of their lineup, either. With 11 points through 84 career NHL games, Lammikko will never be a big scorer, but a couple of sojourns back to Europe have helped unearth at least a modicum of the offensive spark that once got him drafted at 65th overall in 2014.
In 2019/20, Lammikko returned to the SM-liiga, where he notched 51 points in 57 games. The start of the 2021 season saw him playing for Magnitogorsk Metallurg of the KHL, where he managed six goals and eight points in 22 games.

Advertisement
Ad
Advertisement
Ad
There could be some untapped potential left in there, waiting to pop.
On top of all that, of course, come the intangibles.
All across various hockey message boards, Panther fans can be found lamenting the loss of Lammikko today. Although they understand the reality of roster space, most seem to wish they could have found a way to keep Lammikko, who plays “playoff hockey,” in the picture.
Thomas Drance, who previously worked for the Florida organization, called Lammikko “one of the best characters I’ve ever worked with.”

Just exchanged texts with new #Canucks forward Juho Lammikko, a hard-working pivot and one of the best characters I’ve ever worked with.

“I’m really exited to come to Vancouver and get started!” Juho told @TheAthletic. “It’s a beautiful city and a great hockey organization!”

Advertisement
Ad
Advertisement
Ad
Lammikko is feisty, physical, and tenacious. If not an outright agitator, he’s widely recognized as a player who is annoying to play against.

He’s a relentless forechecker, which comes in particularly handy when it’s his job to lug the puck up the ice and keep it in the opposition’s end for as long as possible.

And it’s no mystery where he got all these high-character attributes from, either. Lammikko is a young Finn who has played his entire NHL career under the guidance of Barkov, perhaps the greatest on-ice leader in Finnish hockey history.
Advertisement
Ad
Advertisement
Ad
All of which combines to make Lammikko sound like a mighty fine temporary replacement for Sutter as he recovers from the lingering effects of COVID-19, and at least as good a fit to hold on to the 4C job even when Sutter comes back.
The neat part, of course, is that the Canucks don’t really have to choose. Both Lammikko and Sutter have proven themselves capable of playing on the right wing if need be.
Lammikko shoots left, and Sutter shoots right.
A fully healthy fourth line of Tyler Motte, Lammikko, and Sutter is a fourth line on which all three members can take draws, all three members can kill penalties, and in which all three members are eminently comfortable starting shifts in their own end.
Or, in other words, they’re exactly what the Canucks need out of a fourth line.
Advertisement
Ad
Advertisement
Ad
All this, and all it cost Benning and Co. was a slightly-used Olli Juolevi? And they get a ticket in the Noah Juulsen lottery on top of it?
That’s what we call making the best out of a bust situation.
SIGN UP FOR NATIONDRAFTS
After signing up for a free account, we’re going to give you a bunch of boxes with player names and you’re going to pick a name from each box until you’ve put together a super crew that you think can contend for a NationDrafts championship. Seems easy, right? It is easy and that’s not just because you’re wicked smaht. Sign up for FREE right here.