Advertisement
Ad
Canucks announce third annual Botchford Project initiative: How it changed my life, and how it could change yours 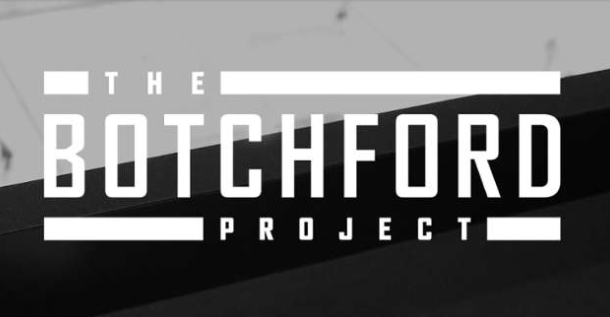 Photo credit: Canucks.com
By David Quadrelli
1 year ago
Comments
Earlier this year, I wrote a story in which I spoke with 17 of Jason Botchford’s family, friends, and colleagues about the impact he had on them, and how his legacy of helping out young writers lives on through the Botchford Project initiative.
In partnership with the Vancouver Canucks’ PR department and The Athletic, the Botchford family launched the Botchford Project at the start of the 2019-20 season, the first season after Botchford tragically passed away in April of 2019.
Yesterday, the third rendition of the Botchford Project was announced.

The Vancouver Canucks Communications department is proud to announce the third annual season of The Botchford Project, a program sponsored by The Athletic, honouring the legacy of the late Jason Botchford.

I’d encourage everyone who has even a slight interest in sports media to apply. It might just change your life, the same way it did mine.
Those selected will get to experience a full Canucks game day experience as an accredited media member. They will attend morning skate, interview players, attend the game, and write a paid article for the Canucks’ website.
Bear with me, as I’m going to try to tell my story as best I can without sounding like I’m just trying to pump my own tires, in an attempt to encourage people on the fence to go out and apply for this initiative.
Advertisement
Ad
Advertisement
Ad
Here goes.
You likely already know this — but for those that haven’t seen or heard any of my colleagues’ playful digs at me — I’m considered young for somebody in sports media.
And that’s almost entirely because I got a major boost to my career in the form of the Botchford Project.
Back before the Botchford Project, I — like many — was a university English student freelancing at various Canucks blogs and had under 200 followers on Twitter. I was writing as much as I could in hopes that the right people would notice.
This won’t come as a surprise to anyone who’s tried their hand at writing about this team. There are plenty of talented people in the Canucks blogosphere and everyone is trying to find a way to turn this into a full-time thing, and few are fortunate enough to do so.
Advertisement
Ad
Advertisement
Ad
For those that are fortunate enough, they often had a helping hand along the way. Someone who saw their work and believed in them. Someone who shared their work and tried to give them a bigger platform.
For many in this market, that person was Jason Botchford.
For me, it was his widow, Kathryn.
Receiving the letter from Kat that I had been selected as the first-ever recipient of The Botchford Project meant the world to me, and is something I won’t soon forget.

I’m truly humbled and grateful for the kind words everybody has been sending me. Although I have to admit, nothing comes remotely close to receiving this letter from Kat Botchford herself. pic.twitter.com/AH09iI3Kx4

That was two years ago, and not in my wildest dreams would I have guessed the next two years would go the way they have.
In that time, I got recruited by Jackson McDonald to become a contributor at CanucksArmy, and after a few months doing that, I took over for Jackson as Managing Editor of this site.
Advertisement
Ad
Advertisement
Ad
That led to a full-time gig covering the team as Editor in Chief of The Nation Network, a weekend radio show on Sportsnet 650 alongside Chris Faber, and many friendships formed along the way.
And it all started with that first night at Rogers Arena as the first Botchford Project fellow.
The first person I met was Thomas Drance, who would serve as my mentor for that day and — unbeknownst to me — many days beyond that.
Drance introduced me to various media members and explained to them why I was there.
They were all incredibly welcoming and friendly, and despite me being perhaps more nervous and suffering from imposter syndrome more than I ever had at any point in my life prior, I felt comfortable.
Despite me knowing it at the time, I wasn’t made to feel like I was less important than anybody in the media room on that first day. I even got to meet Canucks head coach Travis Green, who shook my hand and laughed as he asked me not to ask him any “zingers” after the game.
Advertisement
Ad
Advertisement
Ad
But like I said, the most impactful person I met that day was Kat Botchford.
Once we met at the game, Kat began asking about my writing, what I was doing, what I was studying, and more. After listening intently, she gave me some advice that I’ll never forget.
She told me that even though I looked up to and reminded her of Jason, I couldn’t try to be him.
While this may seem obvious to many, it wasn’t for me. Why wouldn’t I want to try and mimic the man who most agree to be the greatest personality to ever cover this team?
Kat stressed to me the importance of finding my own voice, and staying true to myself.
And she was right.
It’s advice that’s shaped my career, and as I said, it’s advice I won’t soon forget. Being true to myself and being unapologetically bold with my takes is just who I am.
Advertisement
Ad
Advertisement
Ad
For example, I know what the numbers say — but I don’t care — Tyler Myers is a valuable NHL-calibre defenceman.
Oh and that goalie prospect with a sub-900 save percentage in junior? He’s going to surprise you all.
See what I mean?
The point is, the Botchford Project jumpstarted my career and completely changed my life, and it might just do the same for you.
If you’re considering applying, please do so. You have nothing to lose and potentially plenty to gain.
You can read more about the Botchford Project and fill out an application by clicking here.