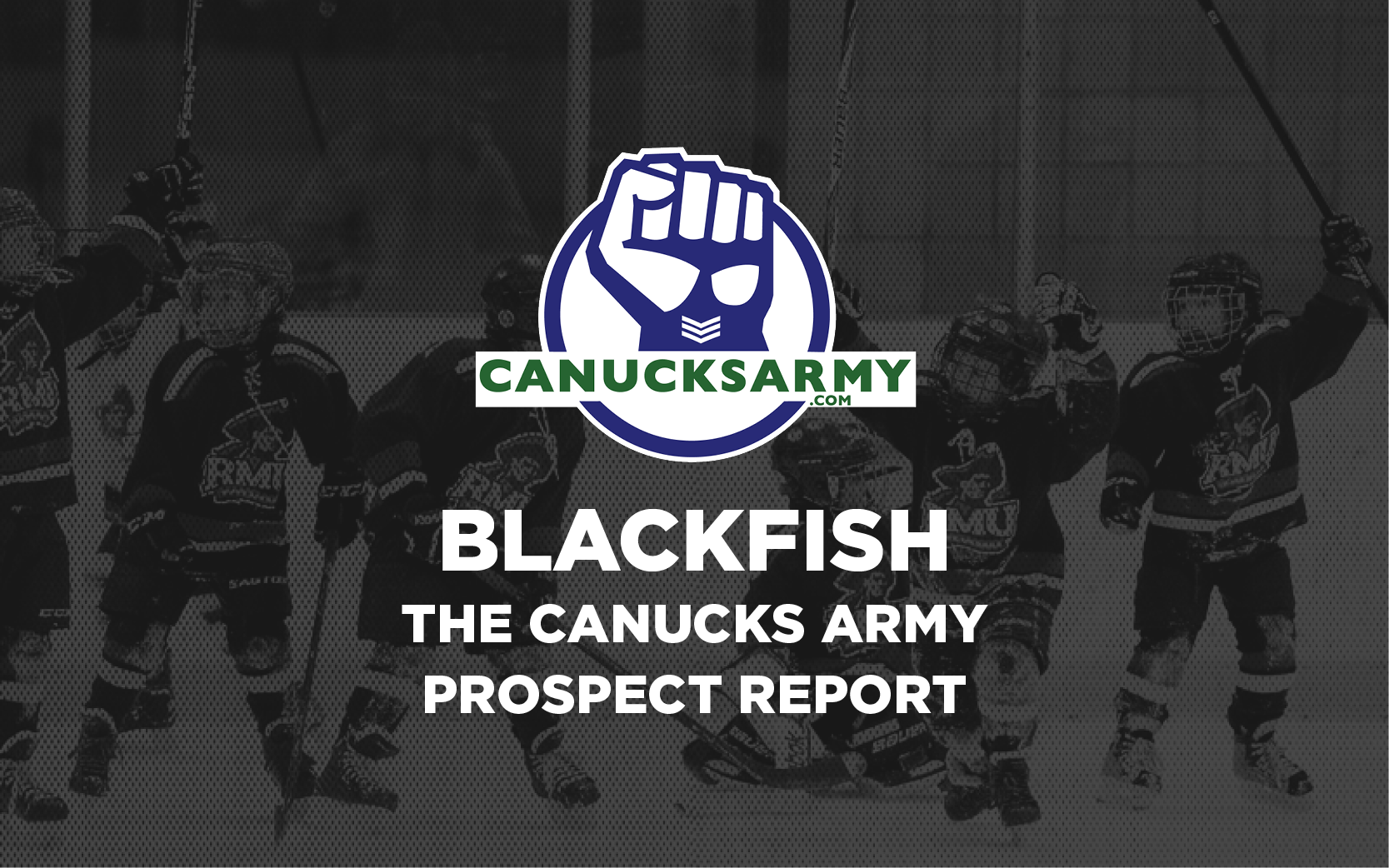 By Brett Lee
3 years ago
Comments
Happy World Juniors! There’s a lot to talk about this week as the CHL returned to game action, a Swedish prospect is on loan, and the Utica Comets won their 2 games.

Jett Woo with his 5th goal of the season on the powerplay. #Canucks pic.twitter.com/C4XHyPNfd1

Carson Focht had a primary assist tonight bringing him to 16G + 11A in 29GP pic.twitter.com/AvIXqperK1

Wasn't able to clip the goal-against that he was on the ice for but it came on a 5on3 PK. As the lone forward, he lost the draw and the CZEs scored from the point immediately after. pic.twitter.com/0j3EV9xRgI

Nils Hoglander with a great dish to Samuel Fagemo to give Sweden a 2-0 lead pic.twitter.com/6ZvY2S8hCb

Nils Hoglander with a nifty play to create a chance. He's all over the place today.

An unreal display of patience from @OlliJuolevi as he finds Wacey Hamilton for the back door tap-in!#UTIvsLV pic.twitter.com/qFqCMmEM0G