Zdeno Chara, P.K. Subban, and Keith Yandle all call it a career: Around the League 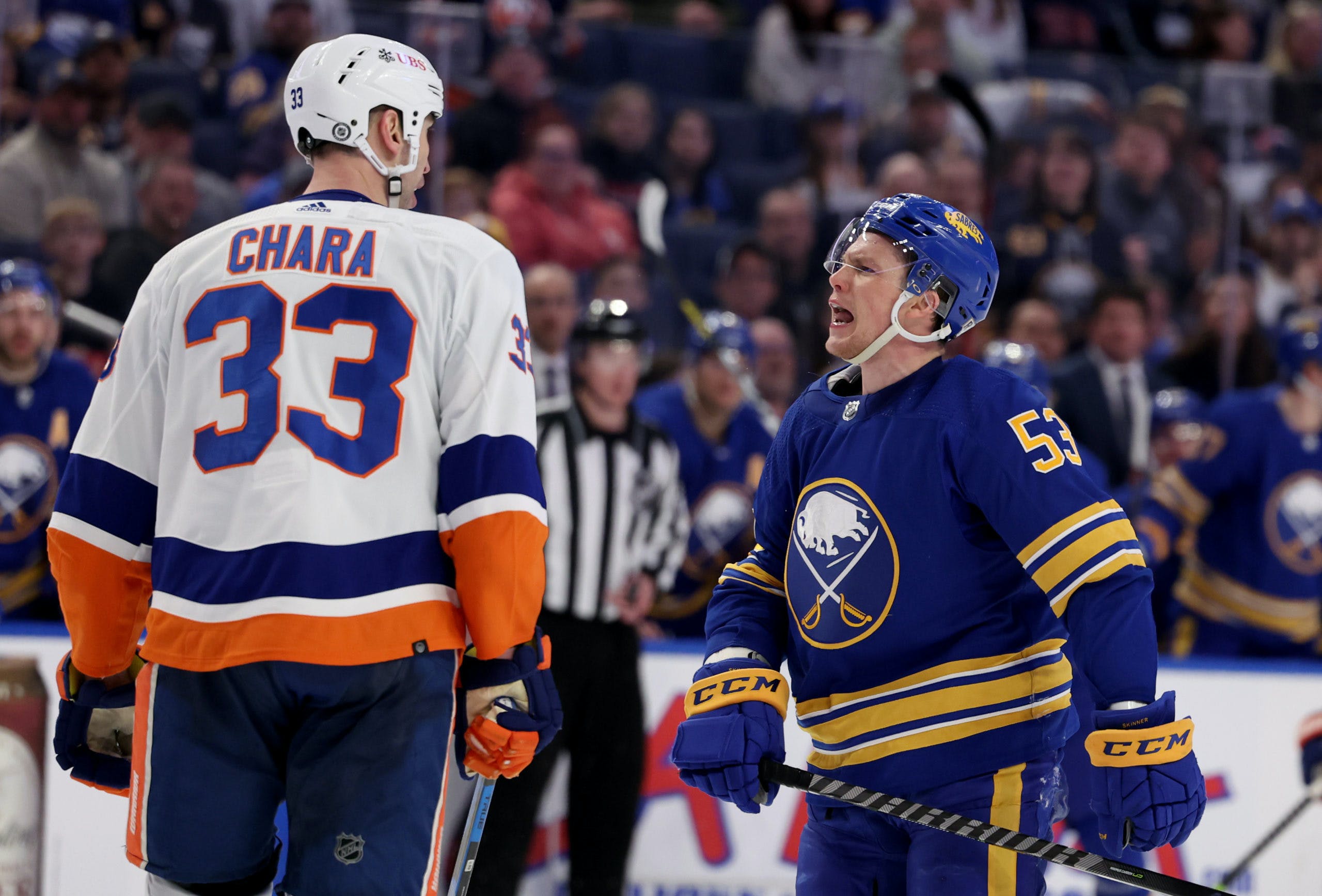 By David Quadrelli
4 months ago
It was a busy Tuesday morning as three star defencemen called it a career.
Longtime Boston Bruins captain Zdeno Chara, 2013 Norris Trophy winner P.K. Subban, and Mr. Iron Man himself Keith Yandle all announced their retirement on Tuesday.
Chara, 45, shared on his Instagram account that he has signed a one-day contract with the Boston Bruins to “officially finish my career with the team that has meant so much to me and my family.”
After 1,680 regular season NHL games — which rank seventh all-time — the 2009 Norris Trophy winner is hanging up his enormous skates once and for all.
Chara will go down as one of the greatest and most fascinating defencemen to ever play the game, and is basically a lock to be a first-ballot Hall of Famer.
Joining Chara in retirement, is 33-year-old P.K. Subban.
Subban was one of the most offensively-dynamic defencemen of his generation, and although he never won a cup, Subban was regarded as one of the game’s best rearguard almost every season that he was in the league.
With stops in Nashville and New Jersey after seven seasons with the Montreal Canadiens — the team that drafted him — Subban amassed 115 goals and 352 assists over the course of 834 career NHL games.
Finally, the NHL’s iron-man streak leader, Keith Yandle, is joining Subban and Chara in kicking off his retirement life after 16 seasons in the league.
Yandle currently holds the National Hockey League record with 989 consecutive games played, and passed Doug Jarvis’ 964 this past season to take firm hold of the record.
The 36-year-old defenceman spent the 2021–22 season with the Philadelphia Flyers, scoring one goal and 19 points while averaging 13:59 in 77 games played.
The Phoenix Coyotes originally selected Yandle in the fourth round (No. 105 overall) of the 2005 NHL Draft, and the 6’1 left-handed defender found his most success in his nine seasons with the club.
Yandle surpassed the 40-point mark in six of his nine seasons with the Coyotes. His renowned ironman streak started during the 2008–09 season, his first full campaign with the team, during which he scored 30 points in 69 games.
Yandle’s retirement leaves the door wide open for now-Vegas Golden Knight forward Phil Kessel to claim sole possession of the iron man streak, as Kessel sits just seven games behind Yandle for the consecutive games played record with 982.