WWYDW: Your ideal top-six configuration for the Vancouver Canucks 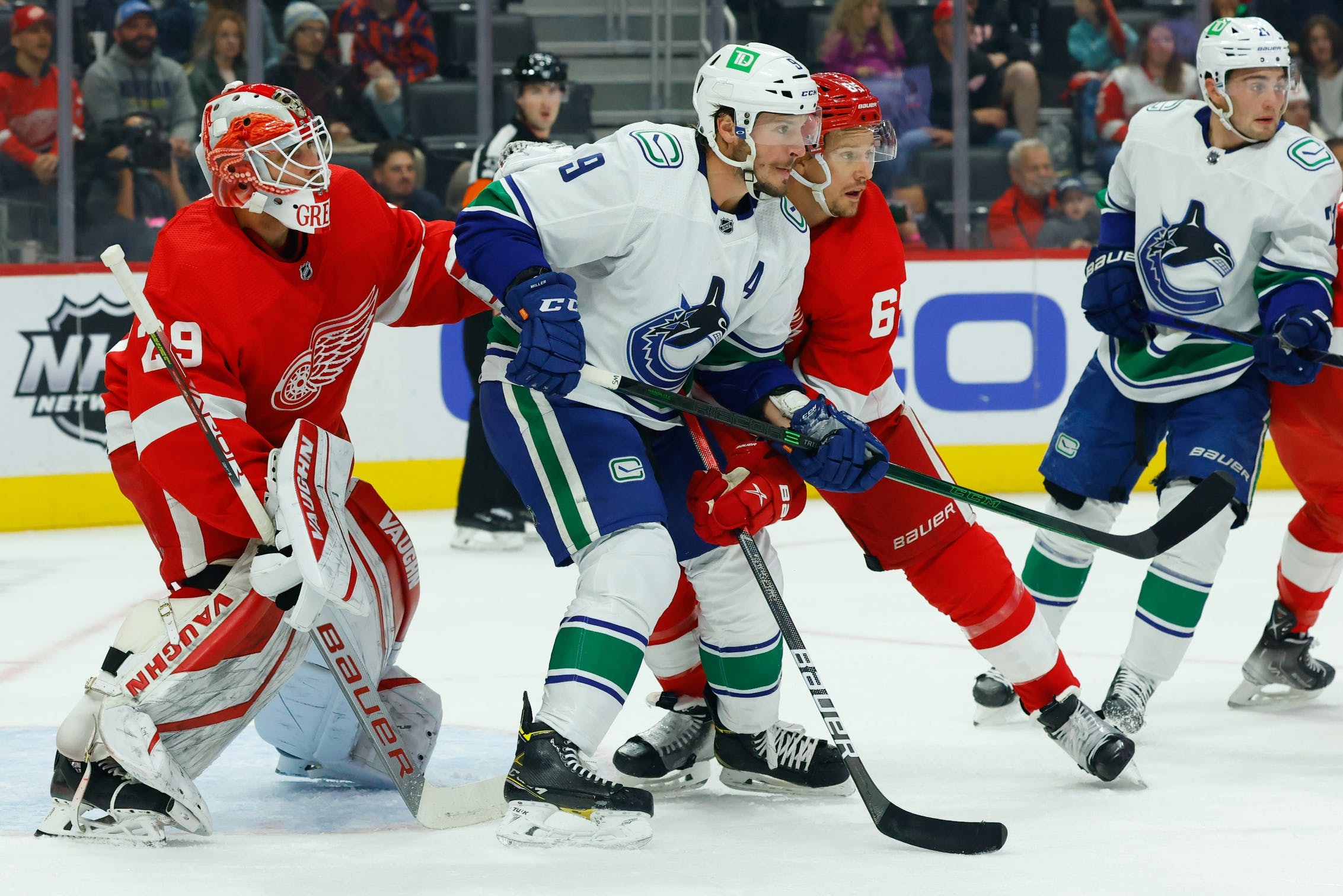 By Stephan Roget
1 year ago
Welcome back to WWYDW, the only hockey column on the internet to have officially been anti-Filip Zadina since Draft Day 2018.
Speaking of unexpected surprises, the Vancouver Canucks have come into the 2021/22 season with, if you can believe it, a mildly overstuffed forward corps. The cylinders may not all be firing this early into the campaign, but the pieces are in place — especially now that Brock Boeser is back.
The only thing coach Travis Green needs to figure out now is how best to arrange them.
All eight of Boeser, Elias Pettersson, JT Miller, Bo Horvat, Conor Garland, Nils Höglander, Tanner Pearson, and Vasily Podkolzin are all either worthy of a top-six job or will be very soon, and then there are the likes of Alex Chiasson and Jason Dickinson on the periphery.
But that’s the thing about top-sixes: they tend to only have room for about six players.
So, Green’s got options.
Does the Lotto Line get reunited, or does Miller shuffle down to third line center?
Does Pearson stick with Horvat, or is Höglander the long-term answer on that wing?
How soon until Podkolzin gets some real ice-time?
Where is Garland best fit for success?
There is, of course, no one answer, and the Canucks’ top-six will almost certainly fluctuate throughout the season. But that’s not really how we do things in this particular column.
So, this week we’re asking you:

What is your ideal top-six configuration for the 2021/22 Canucks?

Record your answer in the comment section below to be featured in next week’s article!
Last week, we asked:

Now that it’s over, what is your final grade for the Vancouver Canucks’ 2021 offseason?