WWYDW: Fans weigh in on faith in Boudreau and you predict Pettersson’s point total 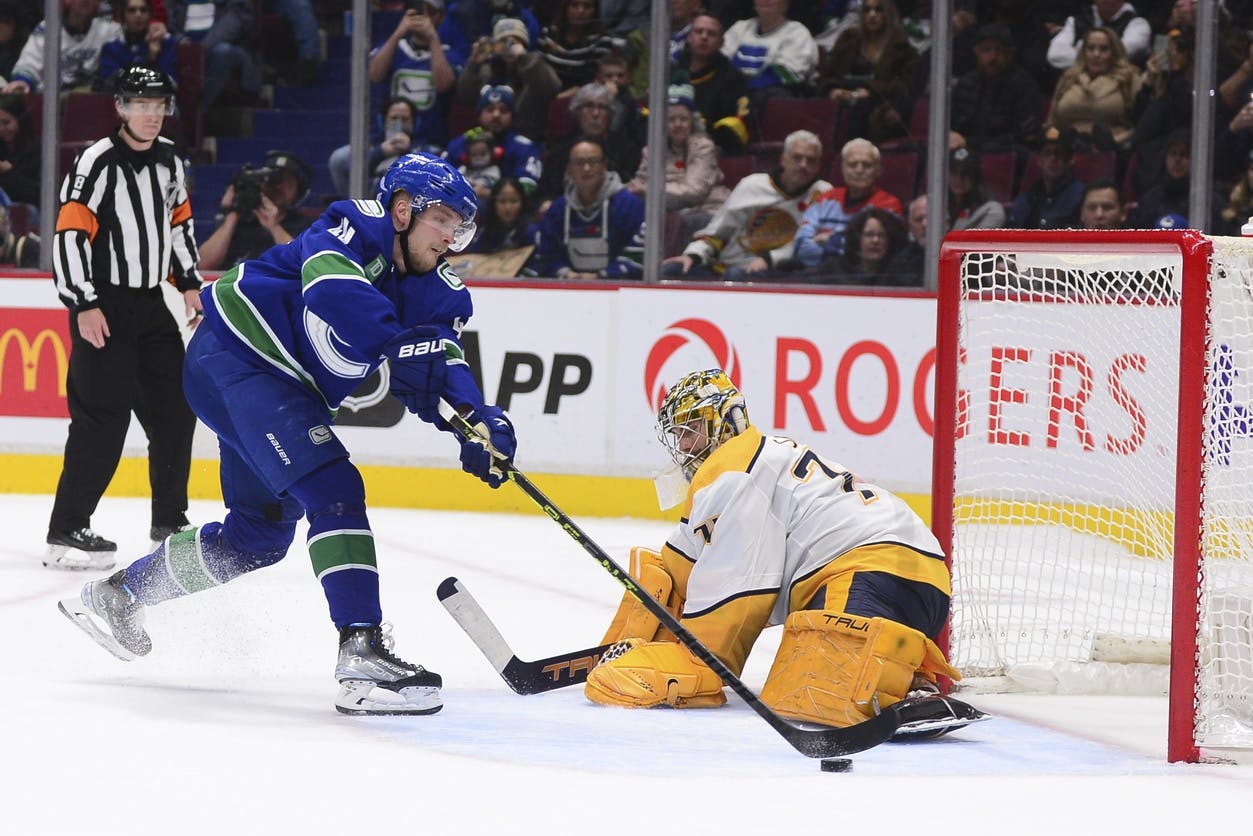 By Stephan Roget
13 days ago
Welcome back to WDYTT, the only hockey column on the internet that can’t be blamed on Bruce Boudreau’s system.
Speaking of Boudreau’s system, it might not be working for the Vancouver Canucks as a whole, but it’s certainly working for their top forward, Elias Pettersson.
As of this writing, Pettersson leads the Canucks in scoring and sits right at the cusp of the league’s top-ten scorers. Best of all? It doesn’t seem like he’s slowing down anytime soon. In fact, he might be speeding up.
Coming into this season, Pettersson’s previous career bests were 32 goals and 68 points; with each record set last year. In 2022/23, so long as he can stay healthy, Pettersson seems poised to shatter those marks.
The only question remaining is “how shattered?”
There are those who believe that the sky is the limit for Pettersson. Others believe that he’ll fall short of entering the true upper echelon of league talent.
Which sort of person are you?
This week, we’re asking you:

How many points do you think Elias Pettersson will get this season?

Do you still have faith in Bruce Boudreau as coach of the Vancouver Canucks?