WWYDW: Are you worried about Elias Pettersson? 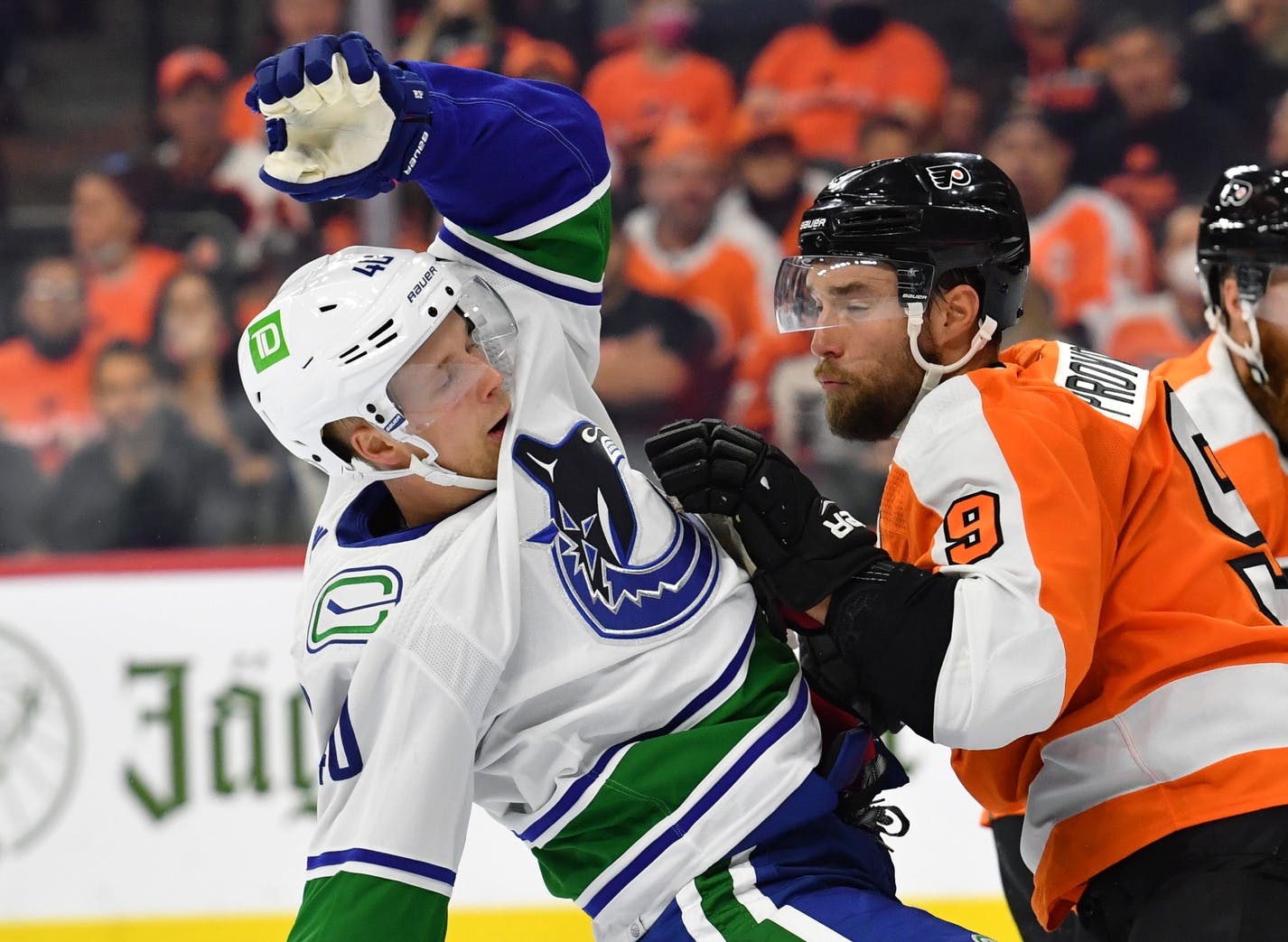 By Stephan Roget
1 year ago
Welcome back to WWYDW, the only hockey colunm on the internet without any spelling mistakes.
Speaking of mistakes, did Elias Pettersson make a terrible one when he missed the 2021 Vancouver Canucks training camp?
Maybe!
There’s no denying that Pettersson’s 2021/22 start has been a slow one by his own lofty standards. As of this writing, he’s managed four points in seven games, well below his usual pace. (And if he scored a bunch in the interim, you’re welcome for the reverse-jinx).
Even worse, the eye-testers will attest that he’s looked “a step behind” and “unengaged” on the ice, and that he’s just not the same Pettersson that we’ve all come to know and admire.
The real debate lies in whether or not Pettersson’s slow start is something to worry about.
Some see it as a natural consequence to a tumultuous offseason, and one that will be rectified in the immediate future, as soon as Pettersson shakes the rust off.
Others aren’t so sure. They’ll contend that a slow start could quickly turn into Pettersson’s second questionable season in a row, and maybe even a continuation of an overall downward trend from his rookie season onward.
Still others will inevitably fall somewhere in between.
So, where do you fall? This week, we’re asking:

Are you worried about Elias Pettersson’s slow start to the 2021/22 season?

What is your ideal top-six configuration for the 2021/22 Canucks?