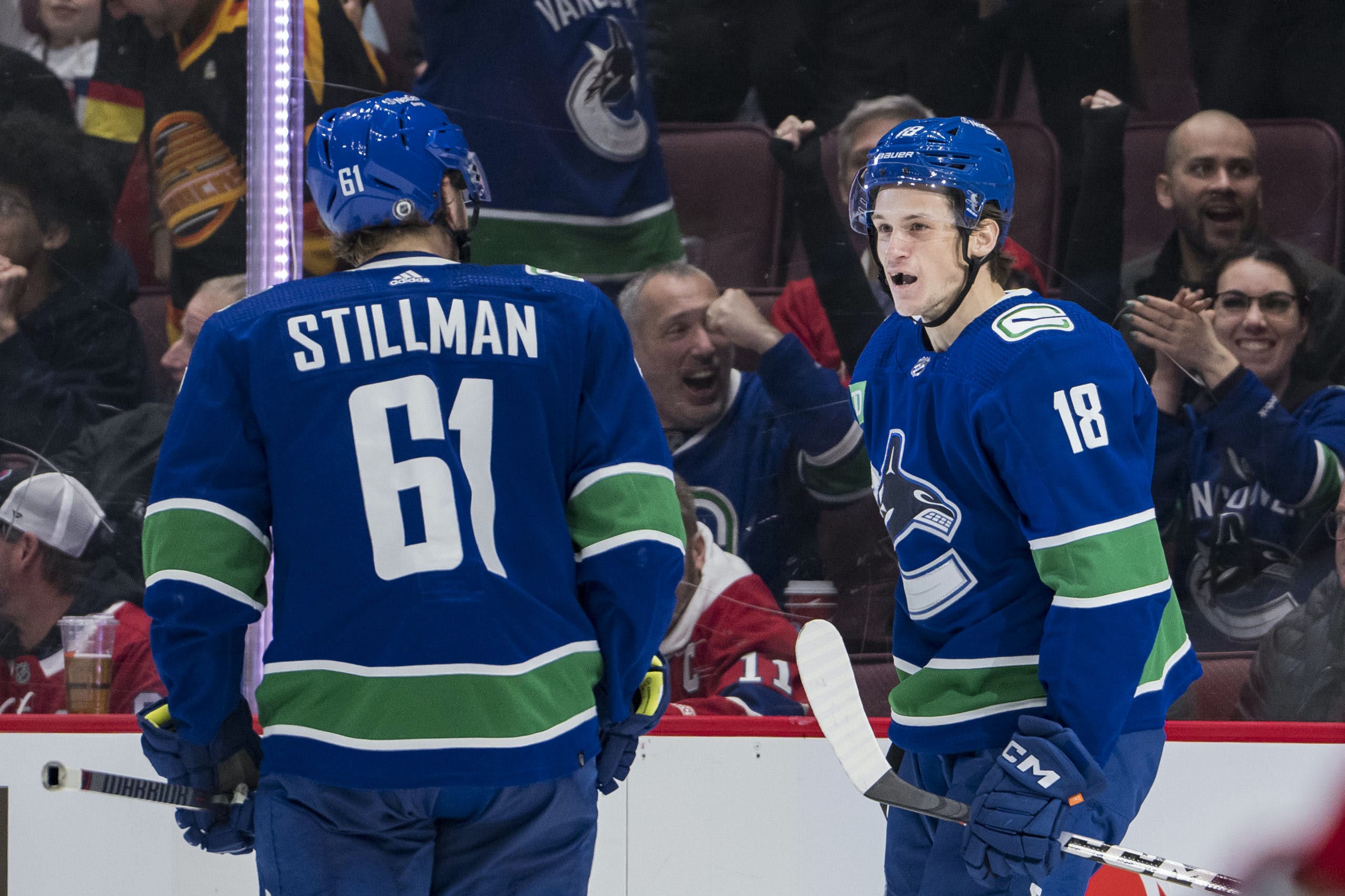 By David Quadrelli
1 month ago
On today’s episode of Canucks Conversation, we talked about Vancouver Canucks prospects Jonathan Lekkerimäki and Elias Pettersson being selected to represent their home country of Sweden at this year’s World Junior Championship; played the critically acclaimed game here at CanucksArmy What Would You Do With and previewed the Canucks’ Wednesday night road matchup against the San Jose Sharks.
Namely, we talked about the one change to the Canucks’ lineup that stood out: Jack Studnicka slotting in at third line centre in place of Sheldon Dries.
As we wrote in this morning’s scenes from morning skate article, Studnicka will centre a line with Andrei Kuzmenko and Conor Garland on his wings this evening.
We talked about how this change is good process for the Canucks, as it gives them a good opportunity to see if there’s anything potentially there in Studnicka’s game that’s worth writing home about. This team needs to put their young players in positions to succeed this season to prepare themselves to compete down the line.
The team did the right thing by sending Jack Rathbone and Vasily Podkolzin down to the minors to give them a chance to play a ton, and throwing Studnicka in at centre with two effective wingers is also, in our opinion, the right thing for this team to do right now.
Watch the full clip below!
Be sure to subscribe to the CanucksArmy YouTube channel!
You can catch the livestream of Canucks Conversation at 1 PM Pacific Monday through Friday on The Nation Network’s Youtube Channel here and the CanucksArmy Twitter account here. Clips of the show are posted daily to the CanucksArmy YouTube channel, which you can find by clicking here.
The show is also available in podcast format around 2 PM every day wherever you get your podcasts!
Shows
Recent articles from David Quadrelli