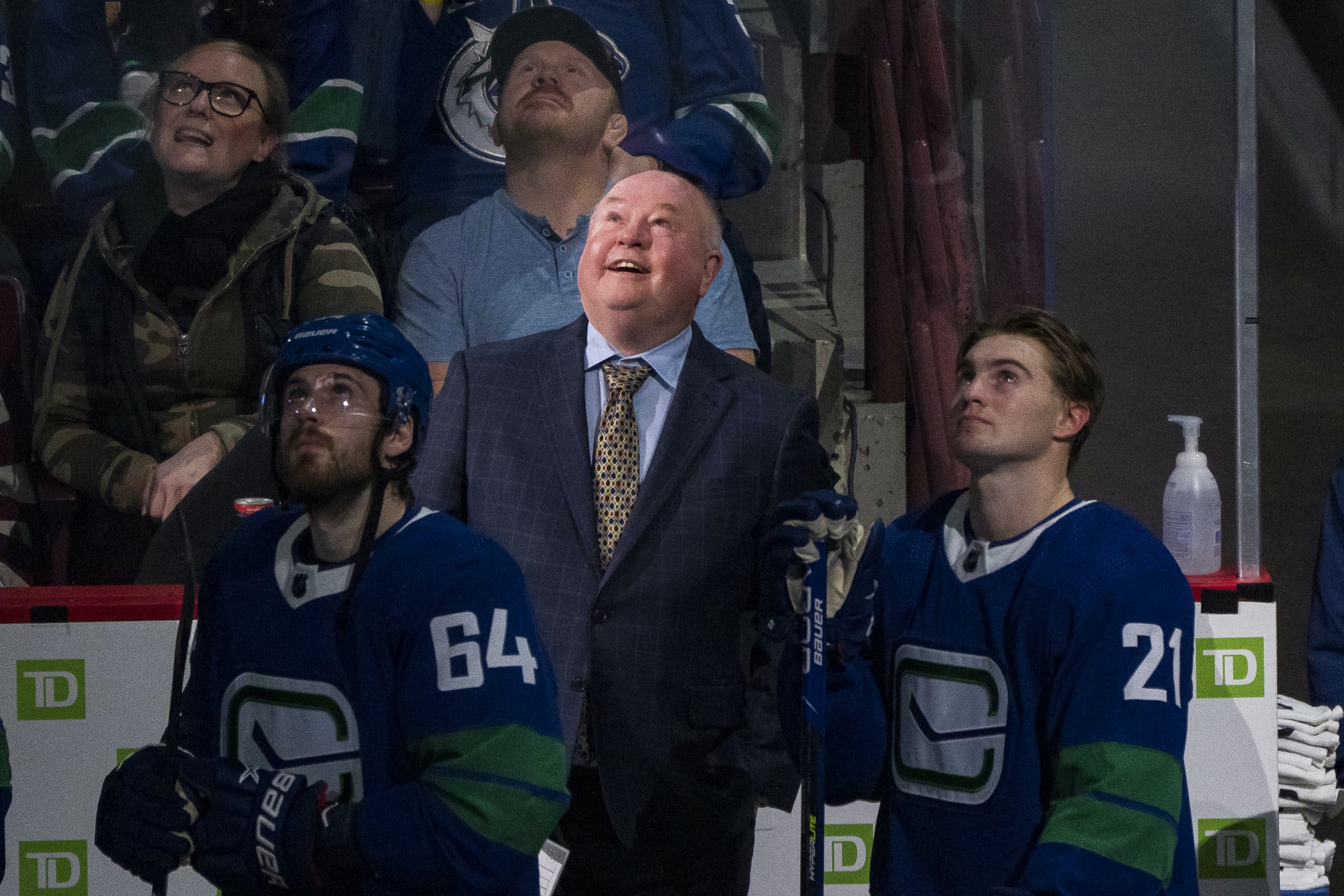 By David Quadrelli
8 months ago
By now, you’ve read about highly-coveted KHL free agent Andrei Kuzmenko.
The Vegas Golden Knights, Edmonton Oilers, and Vancouver Canucks appear to be the front runners for the Russian winger’s services, and his agent had some very nice things to say about Vancouver recently when he appeared on episode 260 of Canucks Conversation, the official podcast of CanucksArmy.
Kuzmenko’s agent Dan Milstein told us that Canucks GM Patrik Allvin has been watching Kuzmenko for the past nine years, and that Vancouver certainly has a good shot at landing his client.
As you likely have already heard or read, the Canucks held an interview with Kuzmenko on Friday, and multiple sources have indicated that the interview went very well.
It’s also been reported that Bruce Boudreau was a part of the interview process, which heavily suggests that he will be back next season behind the Canucks bench.
After all, why else would a coach who isn’t planning on returning to the club be asked to take part in the recruitment process by upper management in the first place? Why would he agree to take part in the recruitment process if he was planning on leaving?
In a Monday morning appearance on Donnie and Dhali – The Team, Sportsnet’s Elliotte Friedman added the following.
“I think he’s coming back,” said Friedman of Boudreau’s status. “I understand that Boudreau was part of that [Kuzmenko] meeting. “One of the things that Kuzmenko has told teams it that — there’s a lot of Russian players, they like certain cities, some cities are better for Russians than others, but I don’t think that’s necessarily the case with him.
“I think he’s looking for a situation where he can be successful, where he’s given an offensive role with a coach who believes in offensive players. Also because of the way the salary cap works, you can only sign a one-year deal, so he’s gonna want to be set up in a situation where he feels that he’s going to have a chance for success to get another contract out of it.
“I heard Boudreau was there. I heard Boudreau was very positive about him. I think he painted a picture of, Vancouver would be a place where he would be in that role… I just find it really odd that they [the Canucks] would say ‘oh, okay, Boudreau is part of this meeting and now he’s not going to be part of the team.'”
Canucks president Jim Rutherford made headlines last week when he told the media flat-out that the club is not willing to extend Boudreau beyond next season at this time, but the club’s interview process with Kuzmenko strongly suggests that Boudreau is going to return as head coach for next season.
More from CanucksArmy:
Uncategorized
Recent articles from David Quadrelli