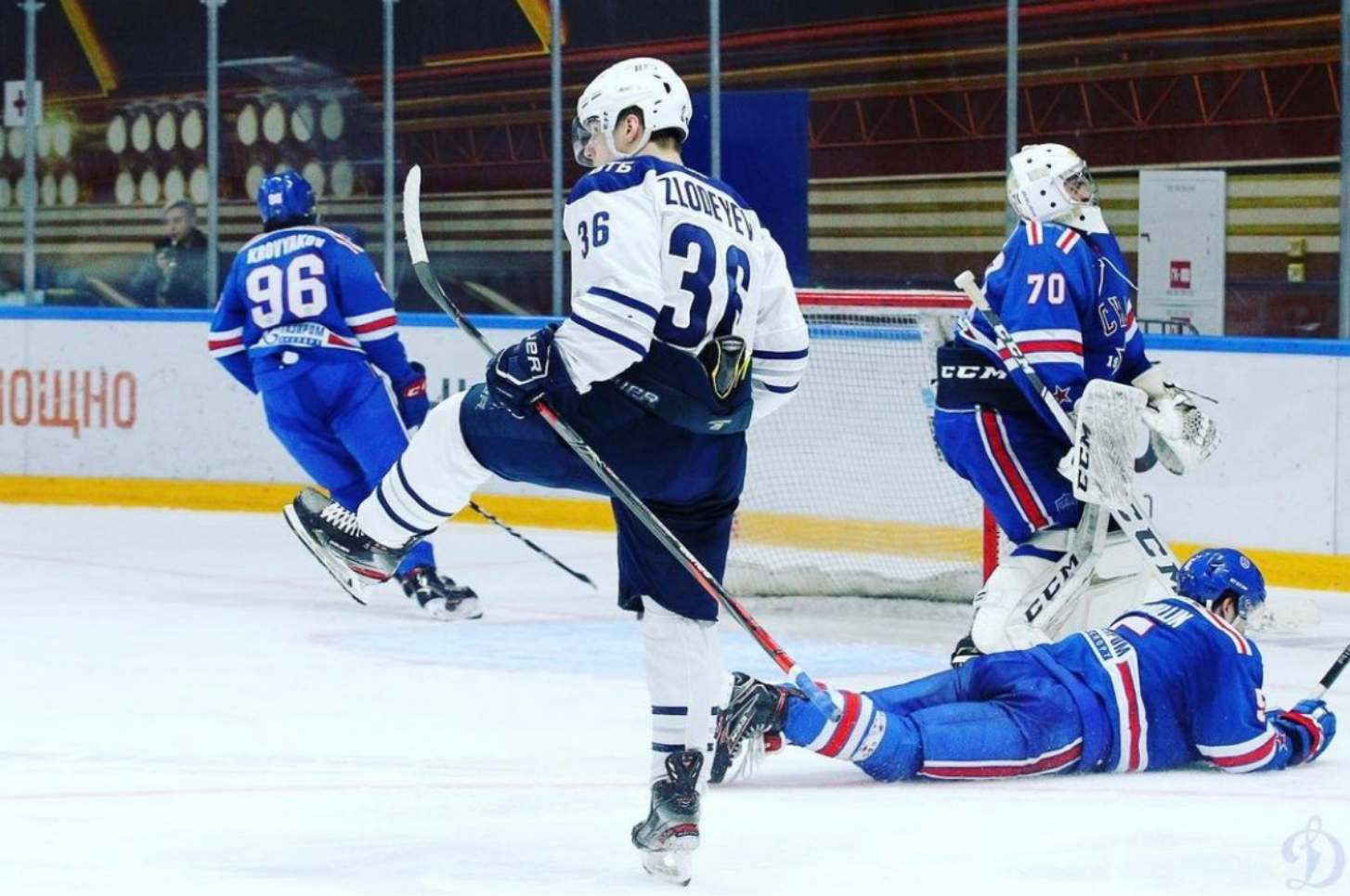 By Faber
1 year ago
Believe it or not, there’s a lot happening in the Vancouver Canucks’ prospect pipeline even though the news cycle for the Canucks themselves has died down.
I’ve been working the phones and have some updates on an ennead of the Canucks’ prospects.

Jack Malone, 2019 6th Round Pick
We haven’t heard much about Jack Malone in the past year. After Cornell shut down their season due to COVID-19 concerns, Malone went back to the USHL and put up 41 points in 44 games.
Malone will be back with Cornell University this coming season for his junior year. He is ready to move forward with his NCAA career after a USHL speedbump last season. Malone confirmed to CanucksArmy that he returned to Cornell this past weekend and is set to begin skating soon with practices beginning in October.
Cornell will have a split-squad scrimmage on October 15th before kicking off their season on November 5th against Harvard.
Aidan McDonough, 2019 7th Round Pick
This coming season, Aidan McDonough will be rocking an “A” for the Northeastern Huskies as they begin a season where anything but a National Championship will be considered a failure. McDonough is confident in his team making a strong push for the title and is excited to be back in a non-COVID year.
He will report to Northeastern on September 3rd with games just a month away from his arrival date. The Huskies will play an exhibition game on October 2nd against Bentley University and then take part in the Icebreaker tournament on the weekend of October 8th. They will begin regular season play on October 15th with a Friday night matchup against their rival Boston College.
Jacob Truscott, 2020 5th Round Pick
It’s been a busy offseason for defenceman Jacob Truscott. He was invited to play in the World Junior Summer Showcase for USA’s Team White and played well in the tournament despite not chalking up any points. It’s still a long shot for him to make USA’s World Junior team but he got to show his playstyle to the coaching staff last month.
Truscott will be back with Michigan for his sophomore season this fall. They are set to begin their season in late October.

Arvid Costmar, 2019 7th Round Pick
After showing us how feisty he can truly be at the World Junior Championships, Arvid Costmar went back to the SHL and suffered a shoulder injury that kept him out for the remainder of the 2020-21 season. He has now made a full recovery and is back with Linköping of the SHL.
“I’ve been working hard to get my shoulder stronger and agile as possible,” said Costmar. “It now feels really good, it feels like my shoulder and body are in good shape and I am very ready for hockey.”
Costmar has been training with Linköping since they began team workouts this past Friday.
When it comes to his role, Costmar is projected to be in a middle-six role while also getting time on both special teams units. He has a new coach this season with Klas Östman coming in as the team’s head coach. Costmar has enjoyed the new coach so far and is ready to earn a bigger role as he primarily played fourth-line minutes last season in his 22 SHL games.
Lucas Forsell, 2021 7th Round Pick
The Canucks’ final selection in the 2021 draft has begun training with Färjestad and he hopes to make the SHL team out of camp. It’s not going to be an easy task for the 17-year-old as Färjestad is consistently a top team in the SHL and if Forsell does not make the team, he will report back to the J20 affiliate for Färjestad.
He is currently practicing and playing games with the SHL team while also competing with the J20 team in some exhibition games. Forsell played his first game with the J20 team on Sunday where he tallied a primary assist and may play in his first SHL exhibition game on Wednesday.
“It was my first game since the camp with the Swedish national team and those games were U18s vs U19s,” said Forsell. “It was really exciting to play a game against a real opponent. I don’t have a firm spot in the SHL but I am training with the SHL team and I hope to get a chance to play with the SHL team on Wednesday.”
Forsell got into one SHL game last season and wants to play more in the SHL this coming season but if he heads back to the J20 league, he is ready for a full season to show his skill against his age group. If he goes back to J20, he is going to be an absolute GIF horse for me and us here at CanucksArmy.
Linus Karlsson, (2018 3rd Round Pick of  S.J. Sharks) Acquired in Trade for Jonathan Dahlen at the 2019 Trade Deadline
After finishing eighth in scoring at the Allsvenskan, Linus Karlsson is moving up to the SHL this coming season and will play for Skellefteå in the SHL. He is currently practicing with the squad and they are beginning exhibition games this week with their first game coming today (Tuesday) against Växjö.
Karlsson will get a good run with the team and is expected to be in a bottom-six role with the SHL team out of camp. We will have to wait and see if he gets any time on the power play with Skellefteå.
The 21-year-old has impressed at every level he has played in and now will be tested as he moves up to the top league in Sweden. We will keep a close eye on him this season.

Hugo Gabrielson, 2021 6th Round Pick
Another player taking a jump up a level is defenceman Hugo Gabrielson, who will be playing in the Allsvenskan this season after splitting time in the J20 and HockeyEttan leagues last year.
Gabrielson joined Västerviks’ training camp this past weekend and has enjoyed his time at the camp so far. He tells CanucksArmy that he has changed all of his gear from Bauer to CCM so it’s been a bit of an adjustment as he adjusts to the new gear but has had a good few days of training with his new team.
Västerviks is off to Denmark next weekend for their first exhibition games and is set for a full week of training before embarking across the sea.
Gabrielson will play a lot of minutes for Västerviks and should get time on both special teams units as he will be a horse for their defence core. He also tells CanucksArmy that he is very comfortable playing on either side of the ice and even finds some advantages to playing the right side of the defence as a left-shot.

Aku Koskenvuo, 2021 5th Round Pick
It will be another year of U20 hockey for goaltending prospect Aku Koskenvuo, who can’t play pro hockey because of the NCAA’s eligibility rules. He told CanucksArmy that his team has been training for about two weeks now.
Koskenvuo will be the first Finnish player to play for Harvard when he begins his 2022-23 season.
For now, he will be back with his U20 team for another year and will get a bunch of starts once his season begins in the coming months.

Dmitri Zlodeyev, 2020 6th Round Pick
In Russia, hockey never stops and that is the type of offseason that Dmitri Zlodeyev loves. He has been playing exhibition games against KHL teams as a part of Russia’s U20 team. Zlodeyev was used as a top-six centre for the team but also experienced some time as a bottom-six winger at times through the exhibition games.
He is going to be trying his hand to make the KHL out of camp with Dynamo but is ready to go to the VHL if it is needed. There are two big moments for Canucks fans to follow this season when it comes to Zlodeyev’s development. The first is obviously his play at the World Juniors, where he looks like a lock to be relied upon as a top centre for Russia. The second will be his KHL debut, the 19-year-old Zlodeyev was pushing for a KHL shot last season and suffered an illness just as he was set to make the jump to the KHL.
It’s going to be an exciting year for Zlodeyev and you should expect to hear his name come up a lot over the next eight months.
That wraps it up for our prospects update. We will keep you informed with all the latest prospect news here at CanucksArmy.
Uncategorized
Recent articles from Faber