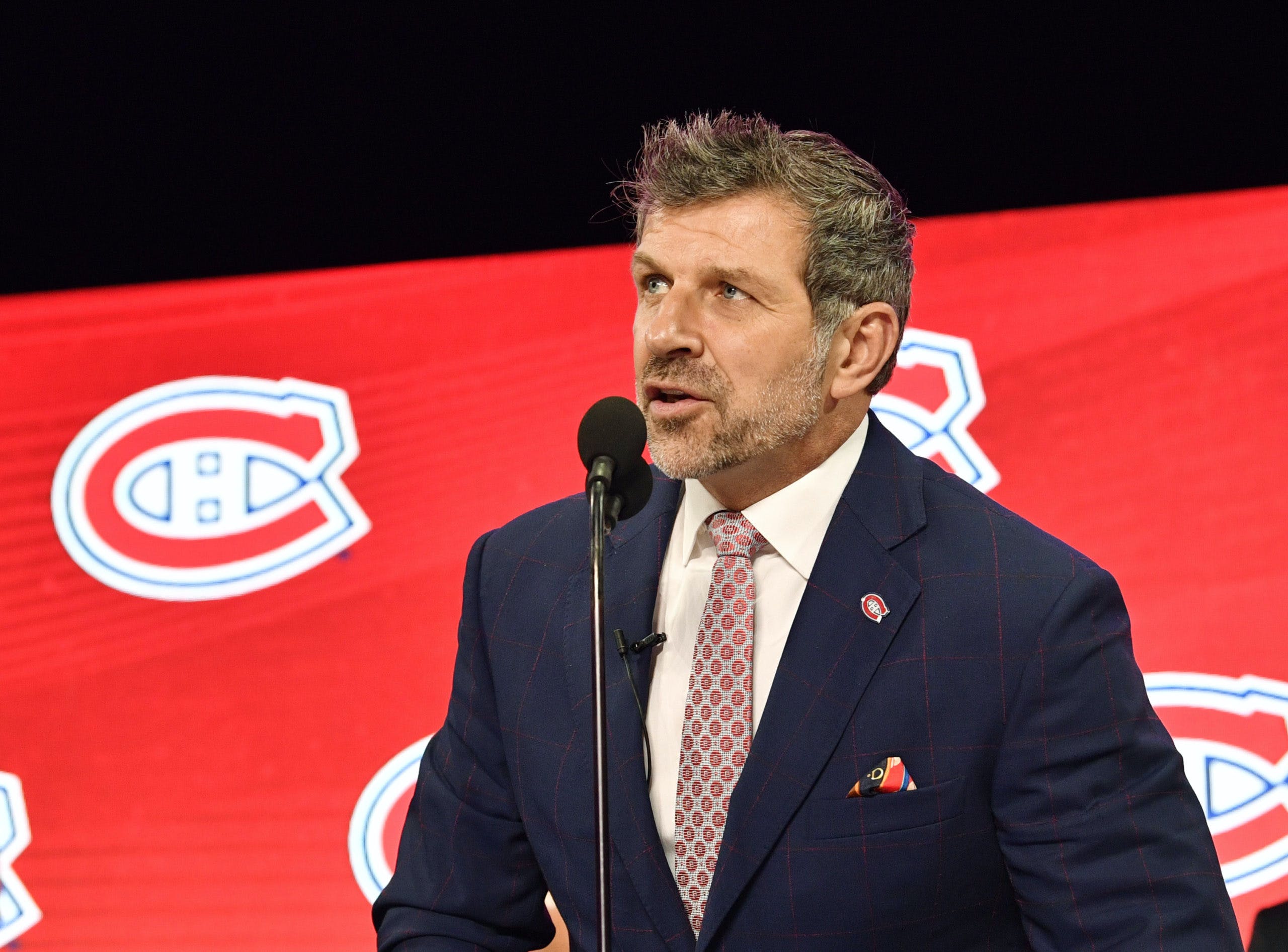 By Lachlan Irvine
11 months ago
When the Canucks ended a four game losing skid with a 2-1 win over the Montreal Canadiens last night, and in doing so they did more than just earn their much needed seventh win of the season. They also took home the “Dysfunction Bowl” from the one team making more headlines than they are.
On Sunday, the Canadiens cleaned house in their front office, relieving general manager Marc Bergevin of his duties after a decade at the helm. During Bergevin’s tenure, the Habs made the playoffs six times, won three division titles, and made a Cinderella run to the Stanley Cup Final just last season.
To say Bergevin’s time at the helm wasn’t perfect would be an understatement. A roster far too reliant on all-star goalie Carey Price, questionable trades and constantly mortgaging the future in pursuit of a playoff berth highlight a lot of the missteps the Canadiens made on the ice over the last decade. And that’s before getting into the Logan Mailloux pick or Bergevin’s ties to the 2010 Blackhawks scandal.
At the end of the day, being three wins shy of a championship just under five months ago wasn’t enough to save Bergevin from the Habs’ dismal 6-16-2 start to the year. In a press conference Monday afternoon, Canadiens owner Geoff Molson made it clear that the club’s start was “unacceptable” and how he was compelled to act sooner rather than later.
“I strongly believe that this organization needs a fresh start,” Molson said. “At this stage, a fresh start is not so much at the team level, but rather at the management level.”
If anyone needs to be paying attention to that message right now, it’s the Canucks.
According to the insiders, ownership’s plans on how to proceed with Jim Benning and Travis Green seems to be changing on a daily basis. As recently as yesterday, Sportsnet’s Elliotte Friedman said even people within the Canucks’ organization aren’t exactly sure where the decision makers’ minds are at.
On the flip side, one opinion that’s only gotten stronger is that of the fans, who’ve continued to voice their dissatisfaction with the work of both Benning and Green. A “Fire Benning” sign even made an appearance at the Bell Centre on Monday night — a stark reminder of how well known the Canucks problems are across the hockey world.
To their credit, Canucks ownership seem to be preaching patience when it comes to the front office, making a conscious effort not to settle on an emotional decision when it comes to a potential management or coaching hire. But until they do, it leaves Benning and Green in an increasingly public state of limbo, knowing they’re likely working on borrowed time without any clue when the axe might fall.
If the Aquilinis have learned anything from Molson’s handling of Bergevin, hopefully it’s that the sooner you make a decision, the quicker you can get back to competing. While there’s certainly no reason to rush hiring for a major team position, if ownership fully intends on replacing their current general manager and head coach, there’s no sense in delaying the call.
The Canucks would be far better off in a situation where an interim is handed the reins, such as Chris Gear in the front office or Brad Shaw behind the bench, giving fans a guarantee of organizational change while ownership continues searching for their long term choices. Not only would this immediately put the club on the road back to improvement; it would also save Benning and Green — two men who’ve given the organization over half a decade of loyal service — from an embarrassing situation that’s only getting worse with each passing day.
Having complete faith in the people running your organization is all the more important when your team is playing poorly. And with a Trade Deadline and plenty of home games still on the way, there’s still time for ownership to ask some new voices to step up and put the Canucks back on the right track before a new Dysfunction Bowl challenger arrives.
Uncategorized
Recent articles from Lachlan Irvine