After evacuating three players, the Abbotsford Canucks want to help the city recover from flood disaster 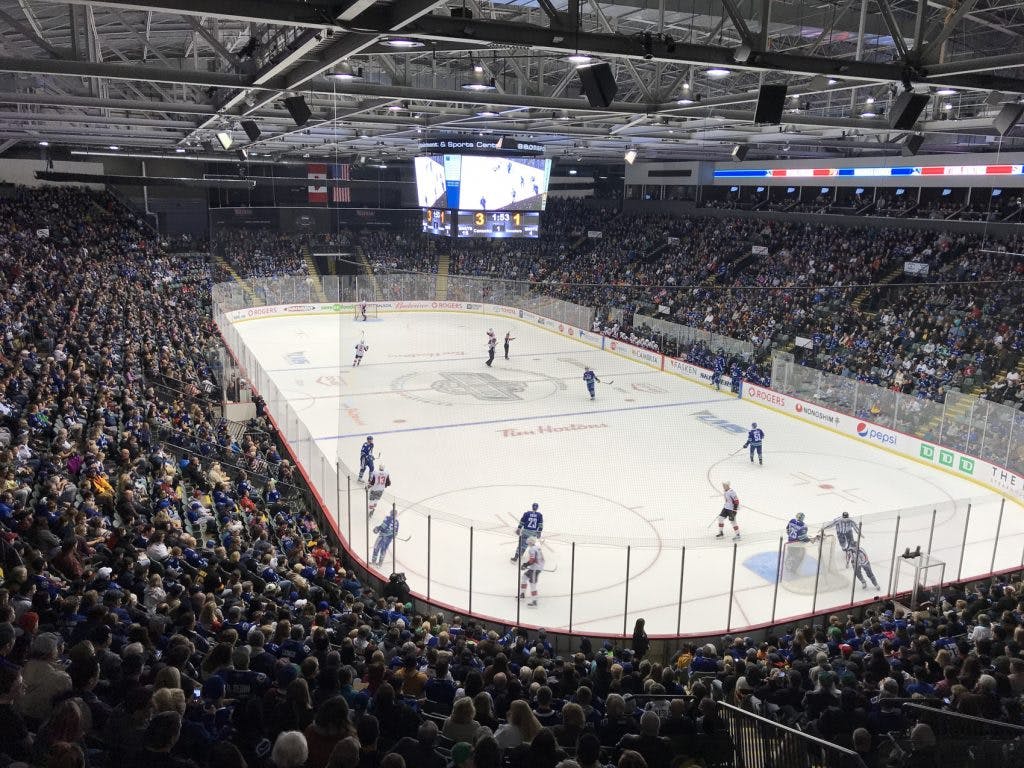 By Faber
1 year ago
We are seeing horrific scenes out of Abbotsford and the surrounding area. Towns are flooded, livestock is dying, and families have been forced to evacuate their homes.
The Abbotsford Canucks want to be there to help when the city is ready for them.
“I’m just trying to prepare the team as per normal and keep guys safe and calm,” said Abbotsford Canucks’ head coach Trent Cull on practice Wednesday. “That being said, if the city of Abbotsford needs us for anything we’d love to help out if there’s anything we can do around the city.”
The Abbotsford Canucks were forced to evacuate three of their players earlier in the week as flooding hit the hotel that a few players were staying at as they continue to find permanent housing for the year.
Cull has played and coached all around the continent, including Texas, where floods are a usual occurrence. He says that he has never seen flooding this bad before and is amazed by the community coming together.
“The city coming to help each other out, it’s been fantastic to see,” said Cull. “You don’t hope this for anyone but we are seeing people banding together here in Abbotsford. We have some fantastic people out here.”
A local Abbotsford family helped injured Canuck Karel Plasek move all of his possessions out of the hotel that he was staying at.
“There was a family that was helping our players get out of the flooded hotel,” said Cull. “They helped walk up all the players’ things 20 minutes down the road with Karel Plasek, who is on crutches. It’s pretty amazing to see people helping others here in Abbotsford.”
Ben Lykpa is a reporter for the Abbotsford News who also covers the Canucks and is typically beside me in the press box. He is also the co-host of the Abbotsford Farm Podcast, covering the Abbotsford Canucks.
He took to the skies early Wednesday morning to see the damage that is being done to the Abbotsford and surrounding area.
“The devastation below and transformation of Sumas Prairie into a large body of water was stunning to see,” said Lypka. “Combine that with an RV fire belching black smoke happening concurrently and it felt like entering a disaster movie.”
The Abbotsford Canucks have postponed their games this weekend but will continue to practice and get ice time as the arena, players, and all staff are currently safe.
“Through the misery has come a lot of good stories,” said Lykpa. “Neighbours helping one another, strangers opening their homes and brave rescues workers stepping up.”
We will keep you up to date on if the flooding will affect the hockey team but our thoughts are with the families and their livestock as the flooding continues out in the valley.
Uncategorized
Recent articles from Faber