WWYDW: Your final grade for the Vancouver Canucks’ 2021 offseason 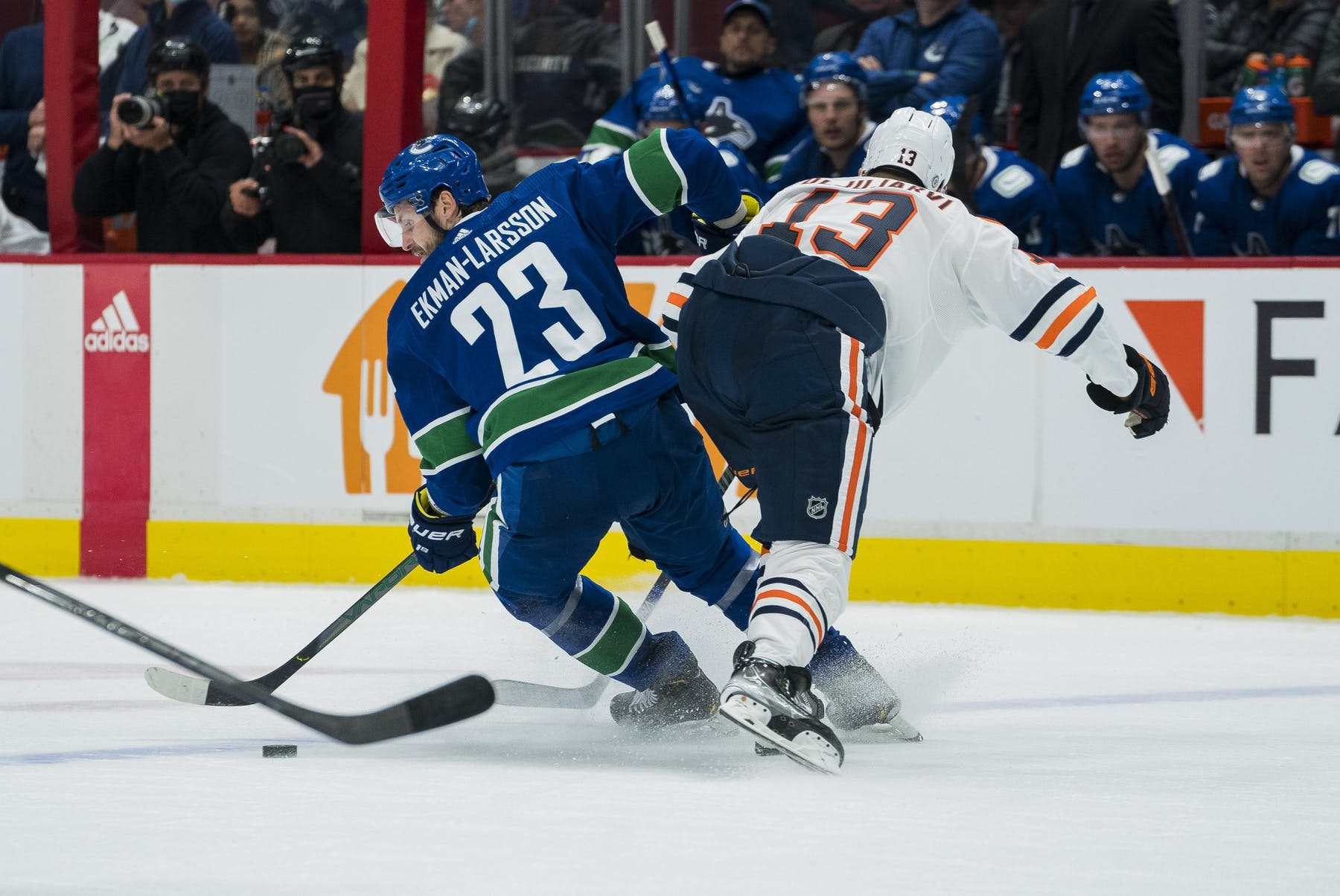 By Stephan Roget
1 year ago
Welcome back to WDYTT, the only hockey column on the internet to pass through waivers this summer.
Speaking of summer, it’s over. Finally.
One of the longer offseasons on record has come to an end, and it made up for its gruelling length with its sheer momentousness.
In one summer, GM Jim Benning and Co. have reshaped the Canucks roster like never before, all with the clear goal of “going for it” in 2021/22 — with the “it” in this scenario being both a playoff run of note and a Benning contract extension.
The Canucks are all-in. But are you all-in on them, all-in-all?
The 2021 offseason saw the departures of Alex Edler, Nate Schmidt, Loui Eriksson, Jay Beagle, Antoine Roussel, Braden Holtby, Jake Virtanen, Jonah Gadjovich, Kole Lind, Olli Juolevi, the 9th overall selection, Newell Brown, and more.
It also saw the arrival of Conor Garland, Oliver Ekman-Larsson, Jason Dickinson, Tucker Poolman, Jaroslav Halak, Luke Schenn, Juho Lammikko, Brad Hunt, Nic Petan, Justin Dowling, Danila Klimovich, Noah Juulsen, Brad Shaw, and more than a dozen others.
It’s been an awful lot to keep track of, but we know the readers of CanucksArmy were equal to the task.
And so, this week, we’re asking you:

Now that it’s over, what is your final grade for the Vancouver Canucks’ 2021 offseason?

(Feel free to split your scores up for forwards, defence, and goaltending, or by free agency, trades, and draft. Or in whichever fashion you see fit. We’re not the boss of you!)

What is your final prediction for the 2021/22 Vancouver Canucks opening night roster?