WDYTT: Where should the Canucks go from here, and where will they? 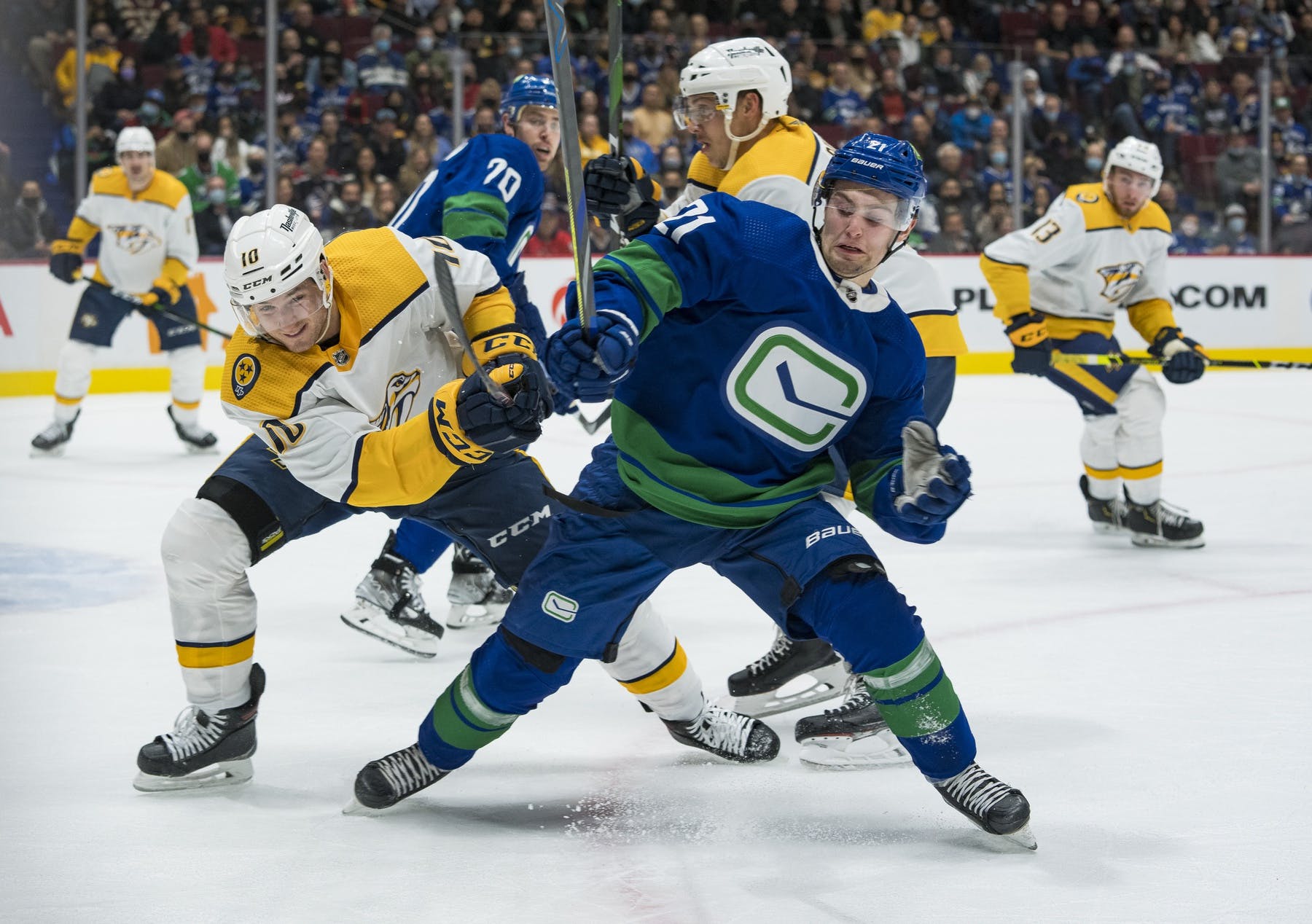 By Stephan Roget
1 year ago
Welcome back to WDYTT, the only hockey column on the internet that is always in midseason form.
Speaking of midseason, we’re not quite there yet when it comes to the Vancouver Canucks and the 2021/22 campaign. But we are at the mid-midseason, otherwise known as the quarter-mark. 20 regular season games have now come and gone, and that’s about all that can be said about them, too.
Everyone’s opinion on what has happened so far should be pretty consistent. Whatever you were expecting coming into the season, it probably wasn’t a 6-12-2 start — the franchise’s worst in a quarter-century.
There’s no sense asking what you all think of the Canucks’ performance thus far in 2021/22, because no one wants to read an article consisting of 25 different variations of “disappointed!”
But what about what comes next?
There, we believe there’s plenty of debate to be had.
This week, we’re really asking you two different questions:

What do you think the Vancouver Canucks should do next?

What do you think the Vancouver Canucks WILL do next?

Who would you want as the next head coach of the Vancouver Canucks?