WWYDW: Rate your confidence in the Canucks’ newly-assembled front office 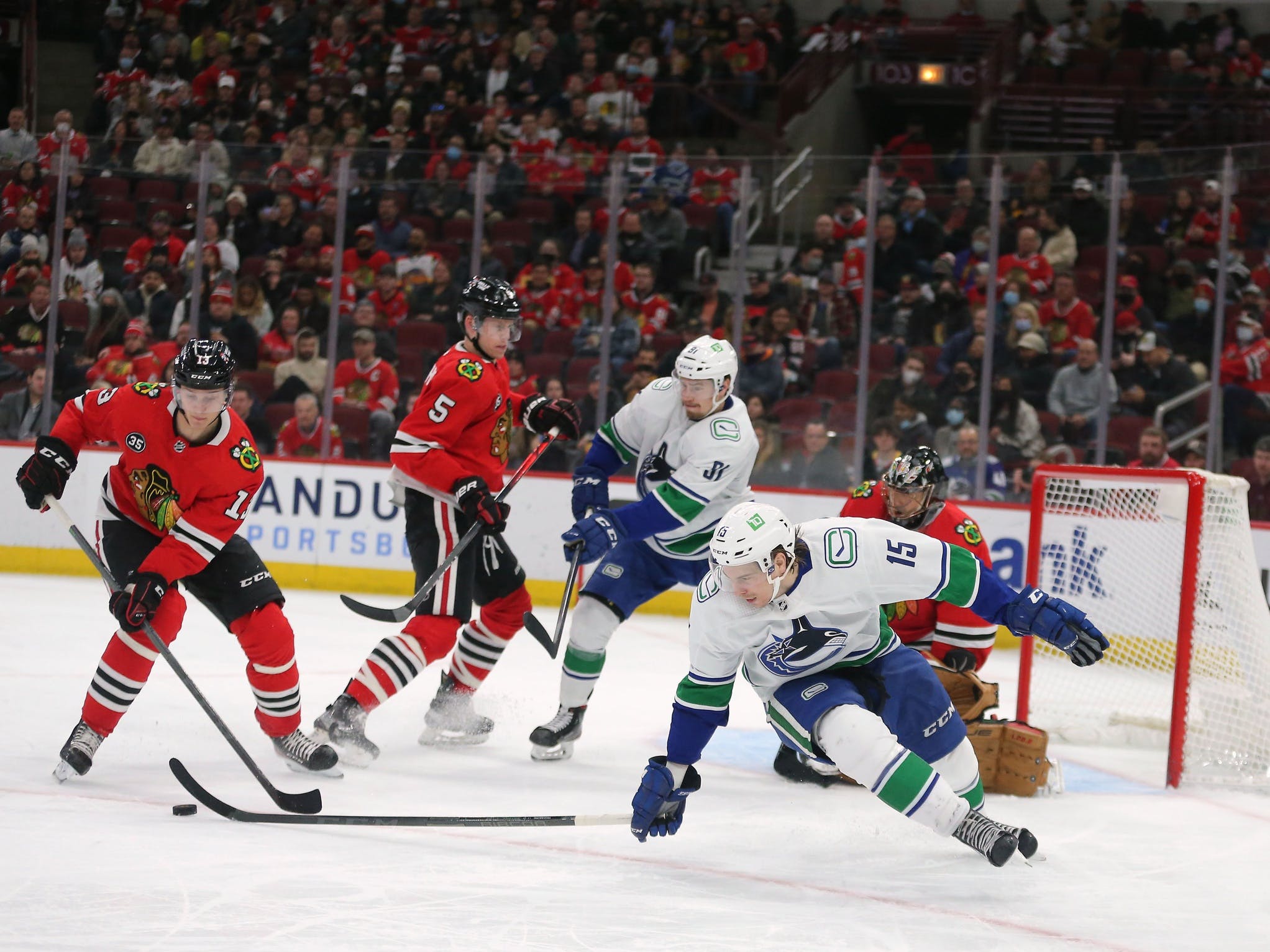 By Stephan Roget
11 months ago
Welcome back to WWYDW, the only hockey column on the internet that will never be available as an NFT.
Speaking of newly-minted acronyms, there are a bunch of them to go around in the realm of the Vancouver Canucks. Patrik Allvin was introduced this past week as the team’s new GM, making him the first Swede to hold that position in the NHL.
The aforementioned GM will join a front office that includes POHO Jim Rutherford, AGM Emilie Castonguay, AGM Derek Clancey, VP Stan Smyl, Ryan Johnson, Daniel and Henrik Sedin, and a bunch more people that either have or have not already been hired.
The team on the ice is still a work in progress. The team off the ice, however, is assembled.
The fans asked for a cleaning of house, and they got it.
So, what does the house look like now?
It stands to reason that most in the fanbase are more confident in this front office than they were in the past one. That’s to be expected. But how much more confident. That’s something we’d like to hear directly from you.
This week, we’re asking:

How confident are you in the Canucks’ newly-assembled front office moving forward?

Which Canucks player has most exceeded your expectations so far?

Your responses are listed below.
Beer Can Boyd:
LOL. You’re welcome Roget! And my answer is still Luke Schenn.
Bing Qiu:
(Winner of the author’s weekly award for eloquence)
When Juho Lammikko arrived in the Juolevi trade, the PK was not good and Green left his line out there regardless. We were all clamoring for the return of Sutter. Now that talk has silenced. JL is winning faceoffs and centers a very effective line with Highmore and Motte. He looks like he’s improving every game.
tyhee:
Above expectations: I see as candidates Motte, Myers, Lammikko, Miller, and Schenn. Spencer Martin will join the group and perhaps pass everyone if he gets more playing time and continues playing at a level anywhere close to what he’s shown the past two games.
My choice midway through the season is Lammikko.
A River Named Curt:
Gotta go with Schenn. He was supposed to be a 7th or 8th defenceman in the twilight of his career, but has been taking regular shifts and making the most of them.
TimFromAnahim:
Conner Garland, and my expectations were pretty optimistic to start with. Honourable mention to Schenn and Kyle Burroughs.
J-Canuck:
It’s only two games, but Spencer Martin hands down!
Harold Snepts:
Tyler Myers! At the start of the season I thought he would be an unmitigated disaster. Now he has improved to just a disaster.
Kanucked:
My choice is a tie between the Aquilinis and Jim Rutherford. Aquilini did the expected (and long overdue) by firing the previous management team and coaching staff. He exceeded my expectations by hiring a President of Hockey Operations and giving him the budget and license to build a front office.
While I thought the Rutherford hire was a very credible decision, I didn’t expect him to be as progressive and forward thinking as he has proven to be. His out of the box hires and his commitment to allow different voices has been impressive. He also has exhibited good clarity of thought. He diagnosed that the Canucks’ problems were both off the ice and on it. Off the ice, he has built a very impressive front office with smart, hard working people. He has also correctly estimated that this team is not ready to be a contender and I expect we will see changes on that front.
Finally, Rutherford has proven to be a very good salesperson by convincing top talent to join the team. This will come in very handy.
Holly Wood:
On ice, I would say Quinn Hughes. You didn’t ask for off ice, but my choice would be Bruce Boudreau.
I Am Ted:
The Aquas for finally cleaning house after eight years of fail. Haven’t been this pumped since 2011.
KearnsScoredOnHimself:
Jim Rutherford.
Didn’t expect him to be so forward-thinking with his hires.
Great job!
Sandpaper:
Anyone expect to see Spencer Martin play in 3 games?
Biggest surprise for me. Hopefully Martin can be a solid backup.
Defenceman Factory:
Having expectations exceeded happens for two reasons, low expectations or stellar performance.
Myers and OEL have clearly exceeded expectations because those expectations were low. Canucks media set the stage for OEL to be a complete flop. I never expected Garland to be as impactful as he has been. He has put in a stellar performance. Martin certainly fits in the great performance category as well. My expectations of Miller, Demko, and other Canucks having good years were high and have been met. Pettersson has been the most disappointing so far, but only because my expectations of him were so much higher than of Boeser.
Hughes gets a special distinction. His dismal defensive play last year created low expectations. His performance has instead been stellar.
Bo Ho:
Bruce Boudreau. I thought he was a watched up coach stuck in the old ways, I couldn’t have been more wrong!
Obiweskenobi:
Francesco Aquilini for actually doing something.
Atlas:
I don’t think ANYONE has exceeded expectations. The players that have produced all season, should be. They’re certainly not exceeding.
They’re simply playing to their capabilities.
Boudreau isn’t really exceeding either, he’s doing what he’s always done.
I guess kudos should be given to the Aquilini family, for finally realizing what needed to be done. They’ve gone out and spent millions to rectify past mistakes. That deserves accolades!
LiborPolasek:
Can’t name a player and would agree with some that I wasn’t expecting FA to step in. So my choice is FA for the coaching change, but I am still not sure of JR and not sold on Allvin.
neal:
The team as a whole.
Craig Gowan:
Under Green, no player exceeded my expectations, except perhaps Kyle Burroughs. Since the Boudreau hiring, Myers, Lammikko, Highmore (he was mostly injured under Green this year), and Pearson have exceeded my expectations. For the player who has most exceeded my expectations, I choose Highmore. He’s a very good skater, forechecker, and shutdown forward. I saw none of that when I watched him last year.
Uncategorized
Recent articles from Stephan Roget