WDYTT: One thing you’d like to see happen before the 2021/22 regular season concludes 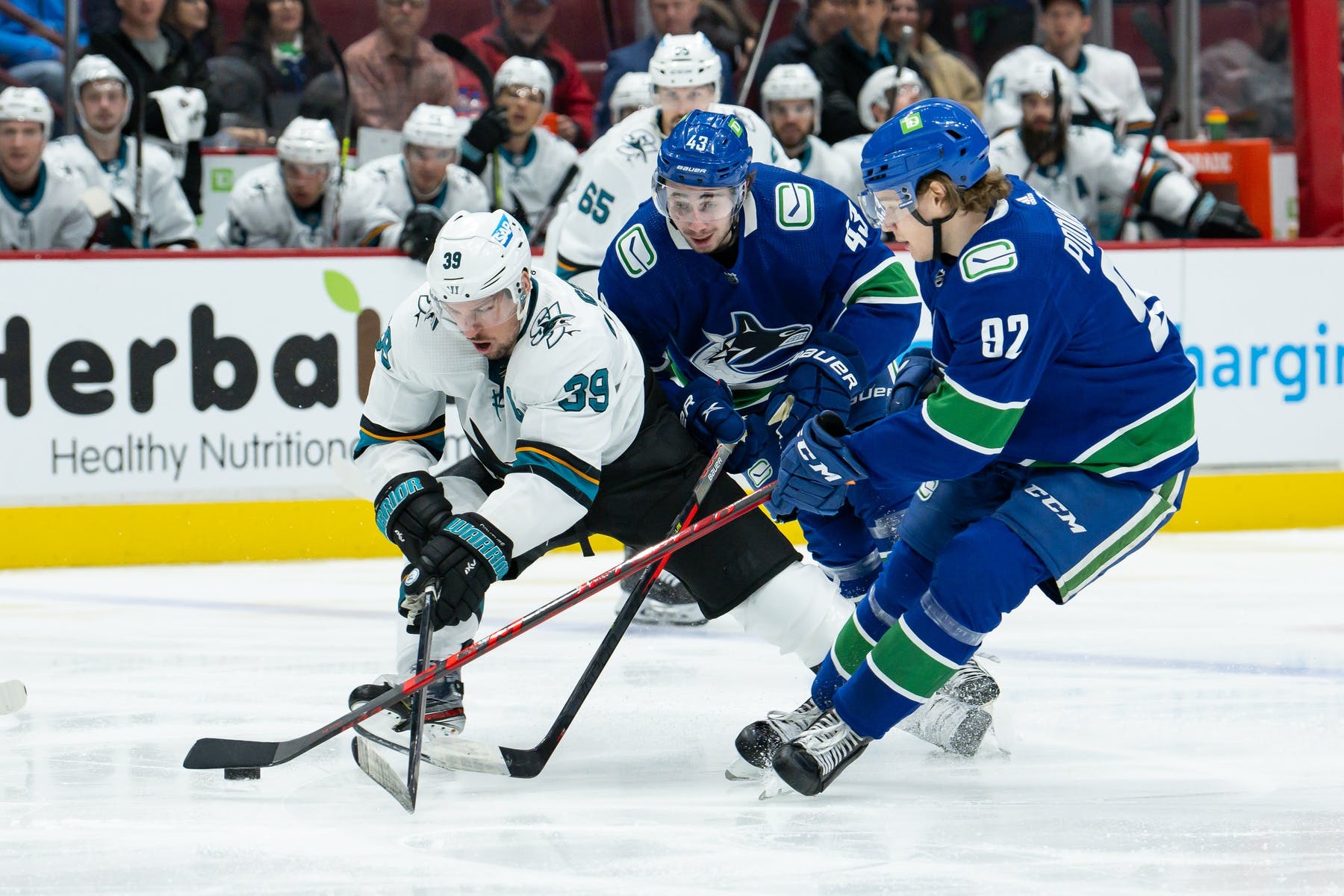 By Stephan Roget
7 months ago
Welcome back to WDYTT, the only hockey column on the internet that better get published on the right day this week, or else there will be hell to pay!
Speaking of quads, the Canucks have probably got a tired set of them (and all their other muscles, too) after toiling through most of a difficult 2021/22 campaign.
Coaching changes, COVID waves, and crises of faith have shaken the Canucks this year, but the end is nigh. Whether Vancouver makes the playoffs or not, the regular season will end about two weeks after you read this words. The Canucks have eight (or fewer, if you’re a late reader) games remaining, and then it’s off to the postseason or on to the offseason.
Either way, a conclusion of sorts is on the way.
Now, most would agree that a playoff berth is the ideal way to cap off 2021/22. Even those on “Team Tank” must admit that they’d be cheering just as loud as everyone else once Round One began. But making the playoffs isn’t the only meaningful thing that the Canucks can do between now and the end of April. Even if they miss out on the postseason, there’s still time on the clock for a whole bunch of moments that matter — and, sometimes, even the smallest moments can have a big impact on the future of the franchise.
What sorts of moments, you wonder? Actually, that’s what you’re here for.
This week, we’re asking:

What is one thing you’d like to see happen before the 2021/22 regular season concludes?

Which Canucks will still be on the team in 2025?

You answered below!
Defenceman Factory:
Not sure whether to predict what management will do or state who I want to still be here. Choosing the latter I’ll say:
Demko, Pettersson, Podkolzin, Horvat, and Miller. A couple of Highmore, Lammikko, Lockwood, and Burroughs would be good too. It would be great if Rathbone and Klimovich are solid starters in 2025.
neal:
My guess is OEL. Every other player is tradeable.
Cageyvet:
Forwards: Petterson, Horvat, Podkolzin, Höglander, Garland, Lammikko, Lockwood
Defense: Hughes, OEL, Rathbone
Goal: Demko
I would love to keep Miller and even Boeser, but I think both contracts make either a longshot.
I won’t be the least bit surprised if Dermott is still around, as well. This group acquired him and he’s cheap enough insurance for both sides of the D.
LLaplander:
OEL – Can’t trade, can’t afford to buy out.
Axeman:
Stan Smyl.
canuckfan:
Horvat, Podkolzin, EP, Brock, Höglander, and Lockwood up front. OEL, Myers, and Dermott on defense, with Demko in goal. By 2025 Scott Walker will be the head coach.
alh:
Horvat, Lammikko, Hughes.
Hockey Bunker:
Miller, but no Pettersson.
Podkolzin, but no Boeser.
Hughes, but no Rathbone.
Höglander, but no Garland.
LiborPolasek:
Demko should still be in a Canuck uniform, hopefully, with an up-and-comer. EP, QH, Podz, Hogz, and other draft gems!
Or…
Connor Bedard – fingers crossed.
HockeeyFanMexico:
The more I think about it, I believe there will NOT be major changes to the lineup. Not to say it won’t happen, but I believe the direction will be one of cautiousness, not sweeping change. So, I’ll answer this question with my thoughts as to who will not be on the team. I think only BB will be a major top-six departure. I think Miller will actually be re-signed and I think this will be a mistake.
16forever:
For the sake of simplicity, I am assuming that the question is asking about the 2025/26 season.
I believe there will be a number of core players willingly retained; including Petterson, Hughes, Demko, Horvat, Podkolzin, and Garland. Though he is not a core piece, I also believe Lockwood will still be a Canuck. Finally, and certainly not willingly, the corpse of OEL will still be sucking up cap space, as nobody will want his anchor of a deal.
Both Miller and Boeser will be traded during the offseason for different reasons. Miller’s next contract will be too onerous for the organization to bear, while it appears that Boeser has stagnated here and could use a change of scenery. Though he does have some potential, I can see the team moving on from Höglander in search of a winger with a bit more size to compete in the rugged Pacific. Finally, I foresee a complete revamp of our D corps, as our current group is simply not good enough to be a contender.
Craig Gowan:
Demko, Hughes, OEL, Dermott, Pettersson, Horvat, Podkolzin, Garland, & Höglander. I think there is a chance Miller will be re-signed and still here.
BoHo:
Demko, Hughes, OEL, Pettersson, Horvat, Podkolzin, Garland, and Höglander.
The rest are unsure. I think Boeser and possibly Miller will still be around. Unfortunately, Myers, too.
Uncategorized
Recent articles from Stephan Roget

News
Report: Canucks give Brock Boeser permission to speak with other teams about trade
Do Not Sell My Info
Privacy Settings