WDYTT: Hopes and dreams for 2023 and the current most popular Vancouver Canuck 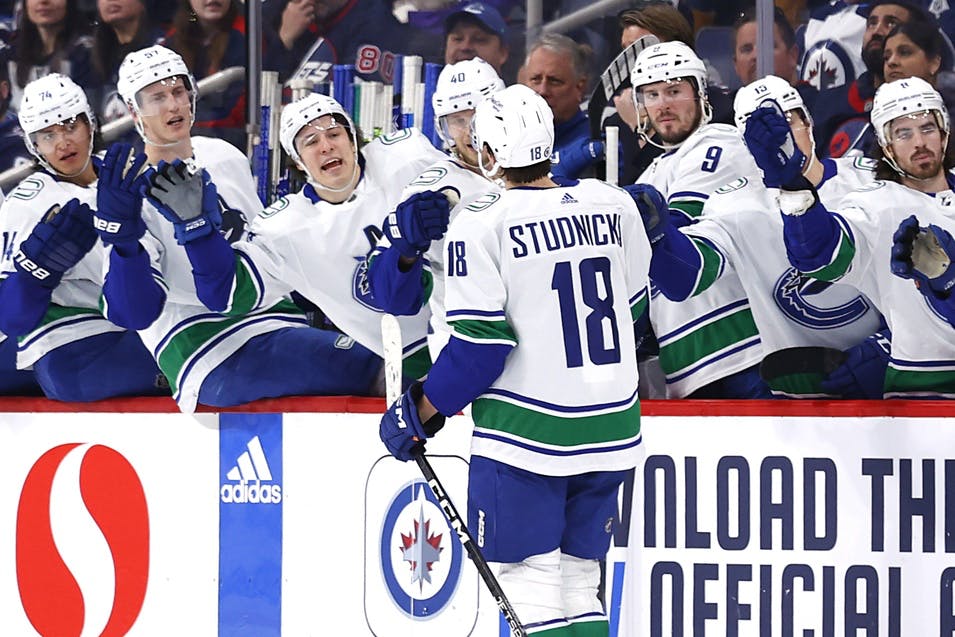 By Stephan Roget
18 days ago
Welcome back to WDYTT, the only hockey column on the internet that actually is a popularity contest.
Speaking of popularity contests, the Vancouver Canucks are certainly not going to be winning any of them this season. Unless there’s some sort of “most popular opponent” contest, that is, but even then, they’d probably lose to the Anaheim Ducks.
It just isn’t the Canucks’ season, it seems. But that’s tough news for you, dear reader, because if you’re reading this blog, chances are pretty good that you’re not only a Canucks fan, but the sort of Canucks fan who can’t turn the team off, no matter how dire the situation.
You’re still watching. We’re still watching. So why not focus on drawing out a few positives, while we still can?
Asking one’s favourite player is about as basic a question as it gets in the sport of hockey, but it’s one that we haven’t checked in on in a few years, and one for which the answer may have changed drastically in recent seasons.
Looking at the current roster, there doesn’t appear to be an obvious or consistent candidate for “fan favourite player.” But we don’t need an obvious or consistent answer. We just need yours!
This week, we’re simply asking:

Who is your current favourite Vancouver Canuck?

What Canucks-related thing are you most looking forward to in the year 2023?

You answered below!
ShawnAntoski:
Hopefully, Bedard or a top-five pick and anyone above 26/27 gets traded for assets to get younger and build around EP (new Captain).
Also, hoping the team stops chasing the middle/NHL Purgatory versus chasing a top 5-10 pick or a Cup, depending on how the year is going.
Hockey Bunker:
In 2023, most looking forward to the five big trades which transform the team by next Christmas.
Failing that, looking forward to the draft when we have a top-five pick because management didn’t do the five trades.
Seems like a can’t lose either way!
And best wishes for a great year everyone at CA and commenters.
BeerCan Boyd:
(Winner of the author’s weekly award for eloquence)
Same as every year. And probably the same as a bunch of other old coots on this forum. To see them raise the Cup before I die. I figure I got 20 more years, give or take a few, but the chances of it happening in the next five don’t look so good right now.
Chip:
I’m looking forward to Rutherford- and Allvin-led management group all being terminated for their horrendous handling of every possible situation on this team.
I want every single player currently on the big club traded.
Then a proper rebuild by a younger, more forward-thinking GM.
HockeyfanMexico:
Picking in the top-five, and actually seeing a “plan” that JR and Co. Have been promising us for over a year. I would like to stop watching Groundhog Day year after year after year.
brian hodgson:
I believe if the Canucks don’t blow it up, there will be a lot people tuning out. This management team is no better than the previous if they think signing borderline players like Jimbo did will fix things is ridiculous. Sell high and buy low with a very good draft ahead. Yes, even EP and Hughes.
Reubenkincade:
I am looking forward to the team acquiring players for the big playoff push.
Stephan Roget:
More prospect updates from Faber.
More goaltending thoughts from Lachlan Irvine.
More irreverent humour from The Stanchion.
More social media mastery from Jamie Lo.
More Abbotsford content from Cody Severtson.
More deep think-pieces from Noah Strang.
More number-crunching from Michael Liu.
More what ifs from Bill Huan.
More youthful enthusiasm from Isabella Urbani.
And David Quadrelli never forgetting to post a WDYTT ever again!
Editorials
Recent articles from Stephan Roget