WDYTT: Your favourite Vancouver Canucks memory of the year 2021 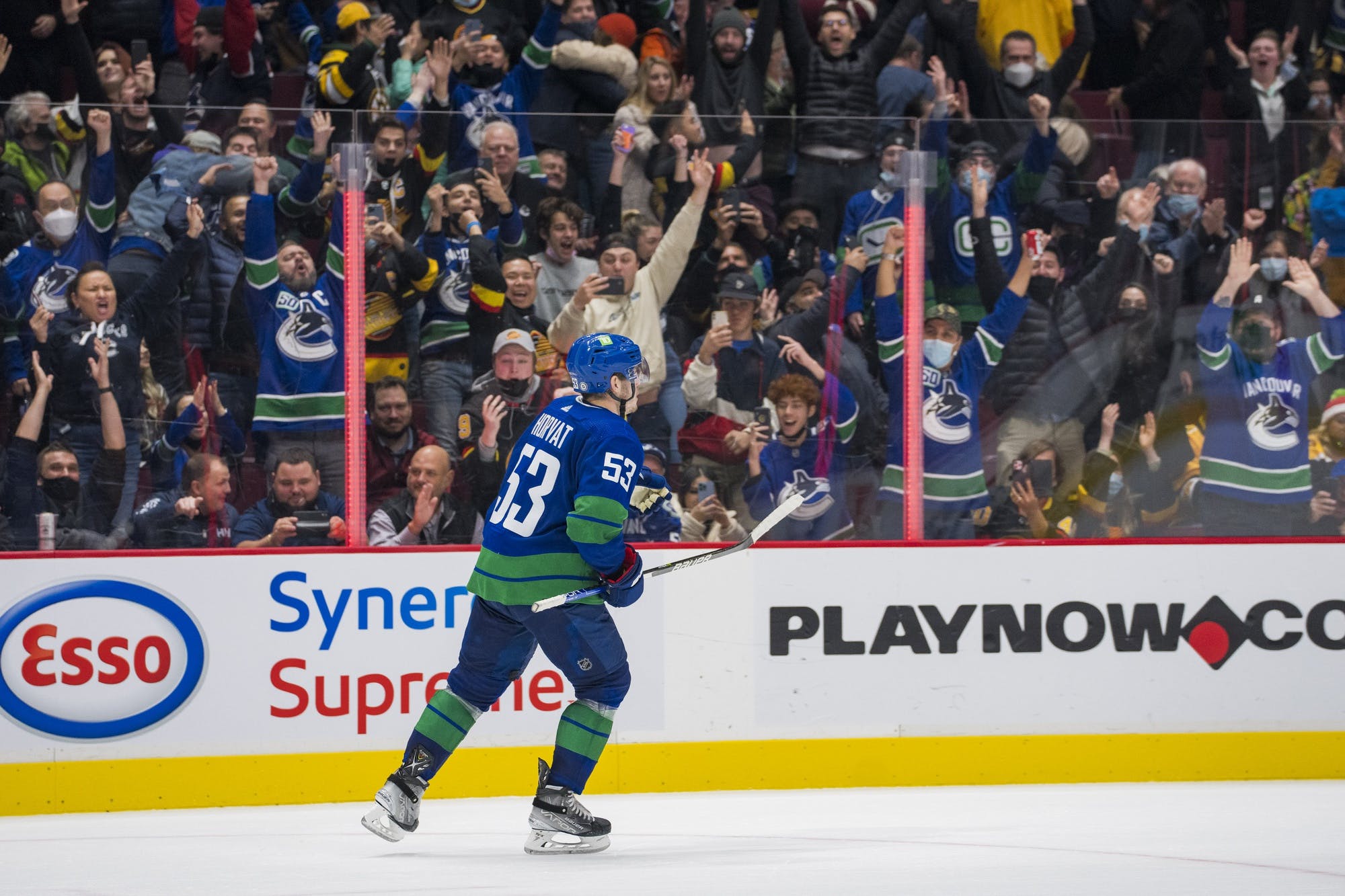 By Stephan Roget
11 months ago
Welcome back to the penultimate edition of WDYTT 2021, the only hockey column on the internet that’s currently buried under six feet of snow.
Speaking of precipitation, it seems that the Vancouver Canucks’ calendar year of 2021 has come to a swift and precipitous end. There’s still a chance that the Canucks play another game before New Year’s Day, but we’re not laying any bets on that.
In fact, just to be safe, we’re going to start some of the year-end wrap-up stuff right now.
The year 2021 is going to go down as one of the most memorable in franchise history, and especially when it comes to its final month-and-a-half.
We’ve seen the debuts of Nils Höglander, Jack Rathbone, and Vasily Podkozlin.
The departures of Alex Edler, Olli Juolevi, Jay Beagle, and Loui Eriksson.
The acquisition of Oliver Ekman-Larsson, Conor Garland, and Jason Dickinson.
And, perhaps most importantly, the dismissals of Jim Benning, John Weisbrod, Travis Green, and Nolan Baumgartner, as well as their replacement by Jim Rutherford, Bruce Boudreau, Scott Walker, and other individuals who may or may not already be named by the time you read this article.
That’s a whole lot for one singular year to contain, but 2021 somehow managed it. Now, we want you to give 2021 the credit it deserves.
This week, we’re asking you:

What was your favourite Canucks memory of the year 2021?

Please answer in the comment section.
Last week, we asked:

Do you still hold out hope for the Canucks to make the 2022 playoffs?