WDYTT: Your favourite Canuck, past and present 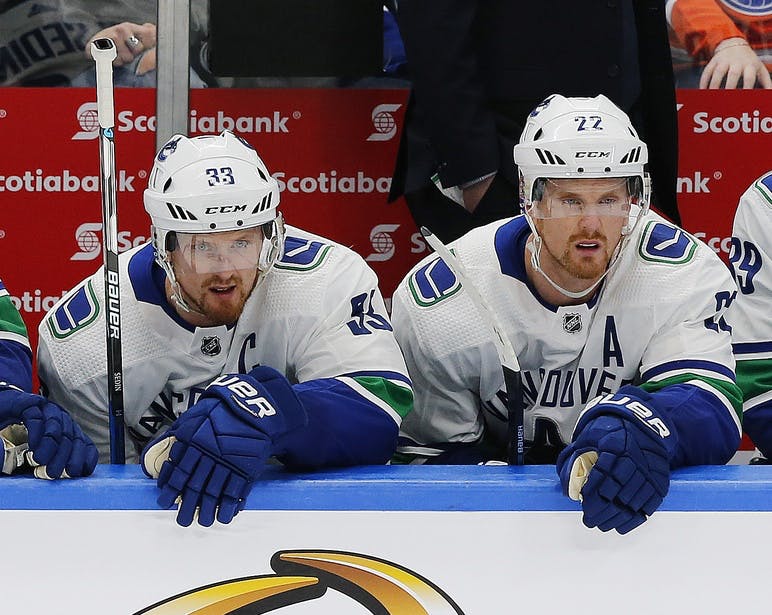 By Stephan Roget
1 year ago
Welcome back to WDYTT, the only hockey column on the internet to sometimes have its intros edited in mildly awkward fashion.
We’re gonna level with you. We’re running out of ideas. It’s already been a long offseason, and it hasn’t even officially begun. These, the days between the end of the playoffs and the restorative cycle of drafts and free agency, are truly the dog days of Canucks hockey.
And we’re not talking about Phoebe Stecher.
With nothing actually happening other than the super-boring reveal of the Abbotsford Canucks (any name submitted to the WDYTT from a few weeks ago would have been better), there just isn’t much to talk about.
So, we could beat our heads against the wall and ask another entirely speculative question, or we could do what any good team does to break out of doldrums, and get back to the basics.
The following sounds like a couple of simple questions, but we’re pretty sure they’re ones we haven’t asked — at least, not since the dawning of the Roget era.
But just to ensure we’re keeping up with our intellectual standard here, we’ll also throw in an optional twist to really make you think and ponder.
This week, we’re asking:

Brain Bonus: What trait or attribute do those two players share, and what does that say about you?

Chew on that!
Last week, we asked:

How would you use the Canucks’ 9th overall pick?