WDYTT: Who is your dark horse to make the Vancouver Canucks in 2021/22? 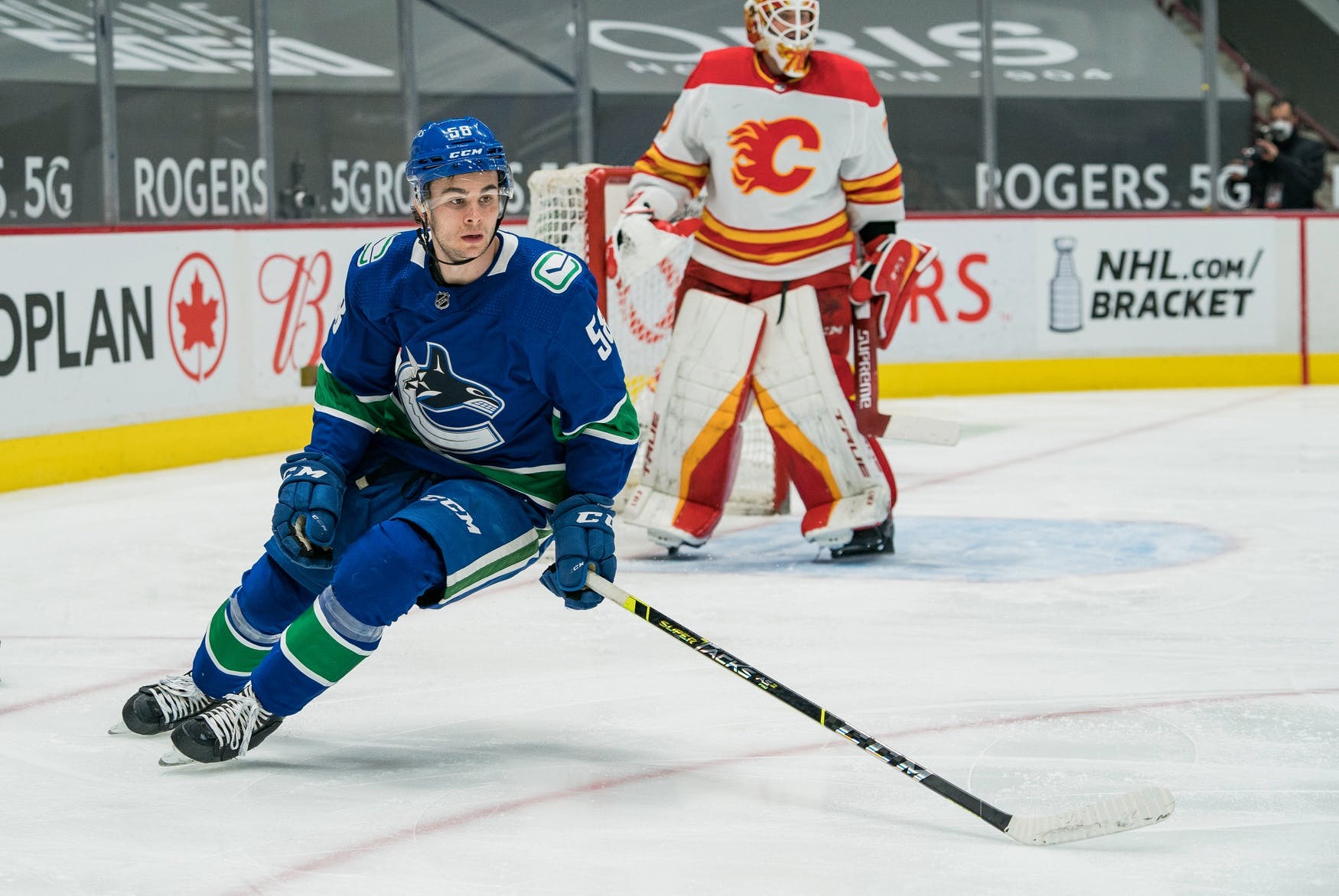 By Stephan Roget
1 year ago
Welcome back to WDYTT, the only hockey column on the internet to never use the letter “z.” Except this one time.
Speaking of time, it feels rather deep into the summer right now, but we’re only about a month and change away from the opening of Vancouver Canucks training camp on September 23, 2021.
That’s always exciting, even at the outset of a 2021/22 season in which the team’s roster looks largely already set. There are more “locks” in Vancouver than there have been in half a decade — but any training camp holds the possibility of someone unexpected breaking through and making it onto the team. A dark horse, to use a confusing metaphor.
If there weren’t, we’d probably all be a lot less excited about training camps.
And if you haven’t already gleaned what we’re asking you this week, get your perception checked, because it’s:

Who is your dark horse candidate to make the Canucks in 2021/22?

(Ideally, we mean out of training camp, but if you think someone is going to get cut and then called up later, you can say that, too.)

Where do you think the Canucks will finish in the Pacific Division in 2021/22?