WDYTT: Canucks New Year’s Resolutions and what you’re looking forward to in 2023 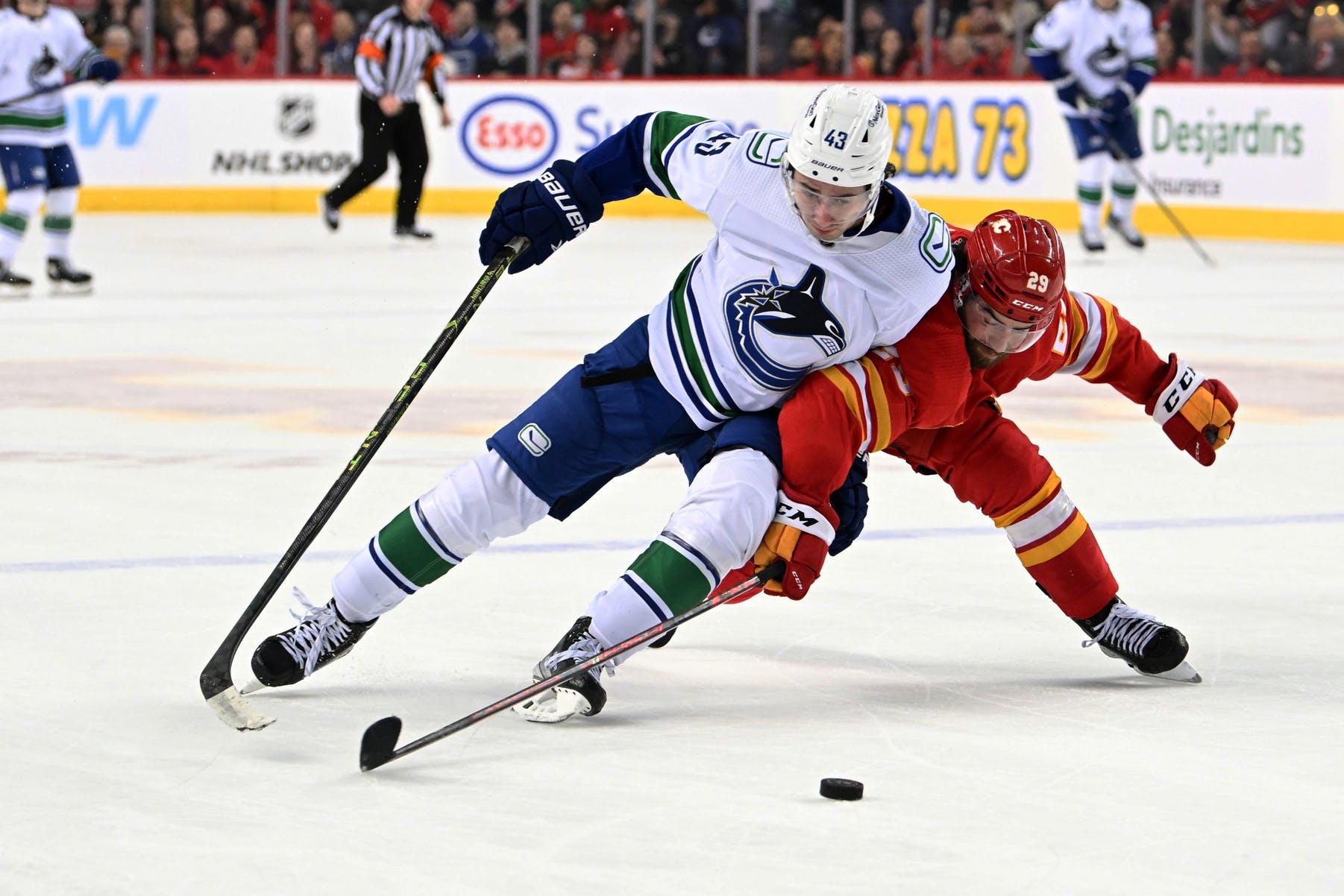 By Stephan Roget
30 days ago
Welcome back to WDYTT, the only hockey column on the internet to not get yelled at by JT Miller this week.
Speaking of yelling, we hope you got to do your fair share of celebratory whooping on this past New Year’s Eve. But it’s over now, and we’re on to 2023, so it’s time to turn our eyes toward the future.
The year 2023 will see the Vancouver Canucks complete the 2022/23 season, navigate the Trade Deadline, participate in another NHL Entry Draft, engage in some free agency, and then kick off the 2023/24 campaign. In between, they’ll probably play a few hockey games, too.
It’s shaping up to be a busy year, no doubt full of hockey-related highs and lows. But then again, aren’t they all?
We’re not worrying too much about the lows at this moment. We are focused firmly on the positive.
So, with that in mind, this week we are asking you:

What Canucks-related thing are you most looking forward to in the year 2023?

Let it be known in the comment section.
Last year, we asked:

What would be your collective New Year’s Resolution for the Vancouver Canucks, if you were allowed to set one?

You answered below!
Reubenkincade:
My resolution is to try start weaning myself off of watching this team. After 52 seasons, I have never witnessed such a mess, and there have been a lot of messes in the team’s history.
Jon0:
Play defense.
Chip:
New Year’s Resolution is for this team to blow it up. Fix the defense, add loads of picks and prospects for THE FUTURE, and get a top-eight pick in the draft so we can grab one of the seven high-end centers or Michkov.
You know, the plan that should have been put together at last year’s trade deadline to maximize the Miller return and move up the draft charts.
appaulled:
There really is no need for a full rebuild. Yes, there are contracts that need to go and positions (especially on D) that need refurbishing, but there is a number of really good players already here. Move Miller, Myers, OEL (good luck), Pearson, and Boeser. Replace from within the organization where possible and use trades to get what we are missing (mostly on D). Sign Horvat and Kuzmenko. Then fill remaining gaps through free agency. Not a rebuild, but a substantial retool.
Picks are great for the future, but we need to acquire NHL-ready or near-ready players. Pettersson will not sit around waiting for picks to develop. Our time is on the near horizon.
Bear was a great pickup as replacement for second pair, but we really still need a top pair RHD and a bigger, penalty killing LHD.
Brian Phillips:
(Winner of the author’s weekly award for eloquence)
Before the end of the season, show some effort to Fix The Defence. Something…anything. Bear was a good start, but need more. Even with FA’s hopelessly short-term edicts, this team is not getting a playoff date until that is done. It’s going to take a few years to do it, so get started this year. I think it’s safe to say the Canucks franchise has never had a worse blueline corps in their 52 years. I get sick watching them.
Hockey Bunker:
That all of the players reach into the Hogwarts Sorting Hat and half a dozen of them join new teams
Of course, Allvin Dumbledore has to make it happen.
He will have to fool Lord Voldelini while Rutherford the Dementor tries to steal all our happiness.
brian hodgson:
Once again, enough is enough. There is an obvious cancer in that dressing room. Either find out who or how many is causing it. Or blow it up and do it right, like L.A., Montreal, and Detroit. Certainly helps getting two top-3 picks like Jersey, the Rangers, and other eastern teams. Great draft year to start it.
Appleboy:
What this team needs is something to help with cap space and shake things up. I am not suggesting that this would even be possible or a good deal, but something like Hughes and Horvat for Cozens, Power, and a first.
We get cap relief for a few years and younger.
CRobinson:
My New Year’s Resolution would be for the Canucks to acknowledge and embrace a step back for a stronger future, sell high on their assets, strengthen the prospect pool, and develop a long-term plan for success. I won’t dive into specifics, but in short I want to see change, not just with the roster, but with the vision and direction of the franchise. Building brick by brick is not a plan I can support when the team doesn’t have a solid foundation with which to build upon.
FV Fan:
That all future player trades, signings, and transactions be done with a view that looks beyond this season. No more short-term moves to only make the current or upcoming season better.
Stephan Roget:
Hold regular team board game nights. Seriously. Either it will bring the team closer together, or it will help them get their yelling at one another out of their system before they hit the ice.
Win-win.
Editorials
Recent articles from Stephan Roget