WDYTT: Which Canuck has impressed the most so far in training camp and preseason? 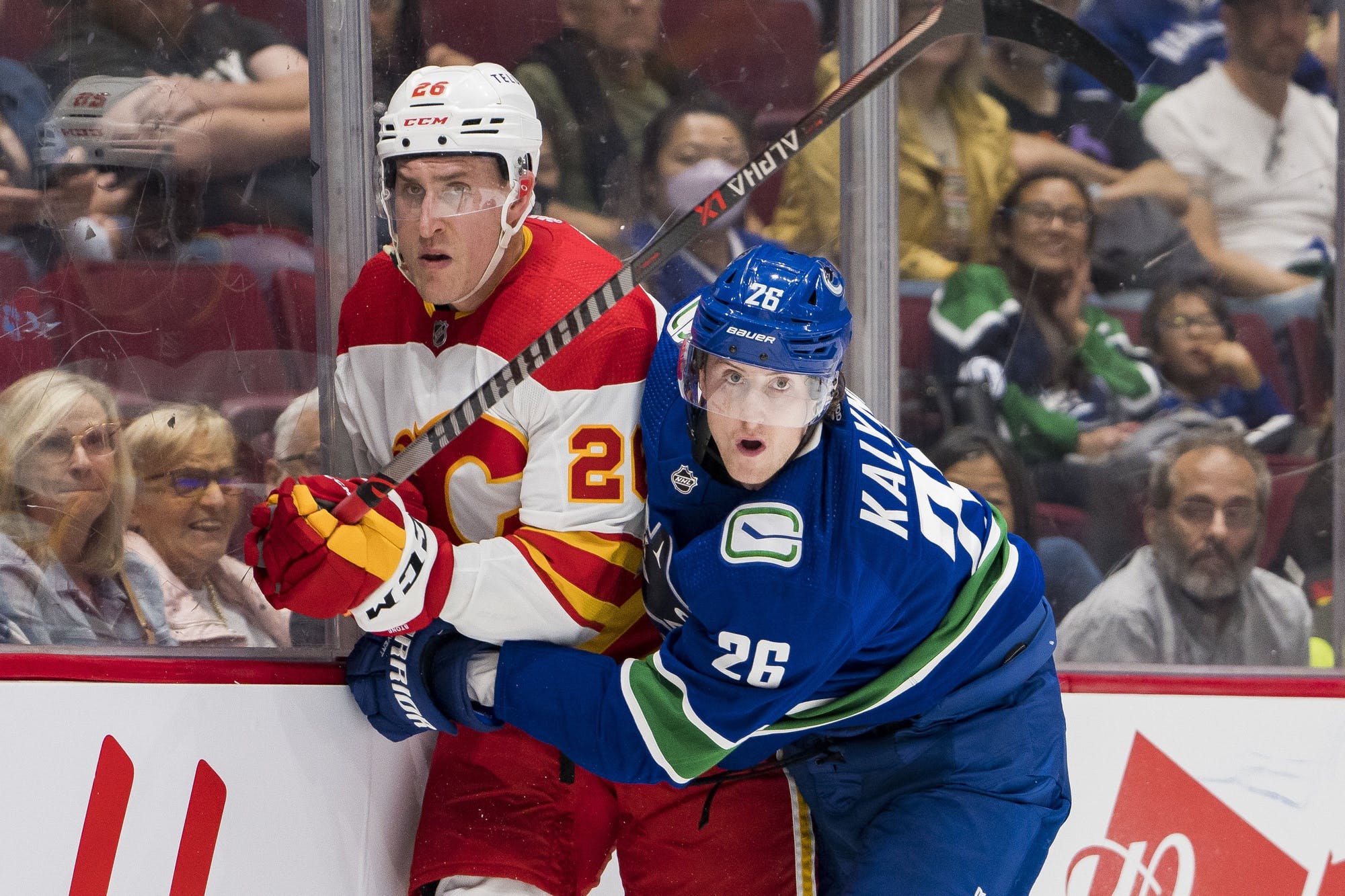 By Stephan Roget
4 months ago
Welcome back to WDYTT, the only hockey column on the internet that looked this good even before the site update.
Speaking of updates, we’re getting them fast and furious out of Canucks Training Camp 2022, thanks in no small part to our own plucky CanucksArmy crew. Quads, Faber, Lachlan, Cody, Jamie, Michael, and the rest are all crushing it, but so are some key skaters on the ice.
We’re through Week One of camp, and find ourselves now firmly ensconced in the exhibition schedule. There’s still plenty of preseason left to be played, but we’ve already seen more than enough to at least get a few first impressions.
And the first impressions that we want are yours.
Whether you’ve feverishly collected GIFs, just watched the exhibition games when they aired, or have simply been following the coverage, we want to hear about who has caught your notice.
This week, we’re asking:

Who has impressed you the most so far in Canucks Training Camp 2022?

What line combo or defence pairing would you be trying out if you were at Canucks Training Camp 2022?

And…
…
Gosh, those responses you left in our comment section? So good.
Seriously, we read every one of them, and we were just blown away by the quality. Forget the weekly award for eloquence, these replies were also articulate, insightful, fervent, poignant, and downright moving.
We’ll tell you one thing, we certainly appreciated those responses.
But then a funny thing happened on the way to a site-wide upgrade…
Yes, we’ll cop to it. In the switchover from our old platform to our new — complete with that long-requested update to the commenting system — all of your old comments were eaten. Or something. They’re gone, is the point.
And that includes the responses to last week’s WDYTT, which you normally would be reading in this very same space.
We’re sorry, and we won’t let it happen again, for at least a couple of years.
But, hey, accidents happen, and sometimes opportunity springs forth from crisis. Speaking about what you might normally be reading in this very same space, we thought this might be a good chance to refresh you all — and especially our new readers — on what exactly a WDYTT is and does.
WDYTT stands for What Do You Think Thursday, a spiritual successor to the semi-retired What Would You Do Wednesday. Each week, we pose the readers of CanucksArmy a question, just like we did in the opening section.
Then, we ask those readers to head to the comment section and record their own individual answer.
The next week, we collate the best — and usually all — of the responses and print them at the same time as we publish the new question.
Which, again, is what you’d be reading in this space. Which, again, is not possible at this moment because we somehow managed to lose something on the internet of all places.
While we’re on the subject…sure, we laid it on a little thick up above, but we genuinely mean it when we say that we appreciate all of the folks who take the time to chime in on the WDYTT every week, as well as those who just pop by from time to time. A lot of hockey columns will tell you that they couldn’t do it without the readers, but only we can say that and mean it so literally.
So, from the bottom of our freshly-painted hearts: thank you, sorry, and see you next week.
Editorials
Recent articles from Stephan Roget