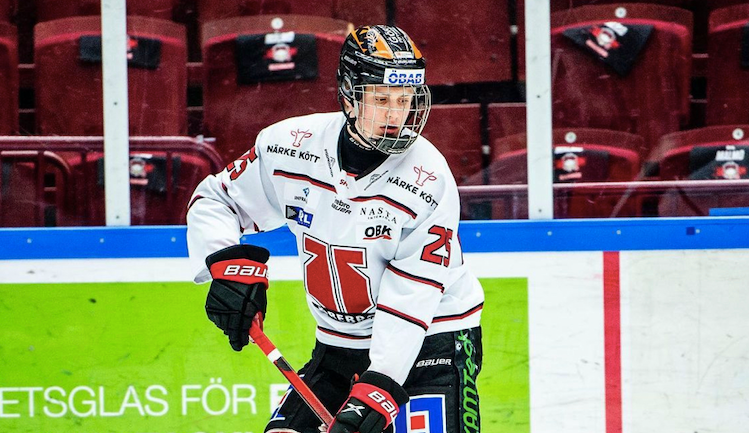 By Faber
1 month ago
On the heels of making Sweden’s World Junior team, left-shot defenceman Elias Pettersson scored his first career SHL goal on Thursday in a match against HV71.
Pettersson has been playing a lot more minutes of late. He averaged just under 15 minutes of ice time through three games last week and finished today’s game with a season-high 15:23.
After being selected by the Vancouver Canucks in the third round of the 2022 draft, Pettersson continues to develop at an impressive rate. Making Sweden’s World Junior team was a long shot thought at the time he was drafted, but he’s accomplished that. On top of that, the amount of ice time that he’s receiving in the SHL of late is also impressive. A defenceman who is more relied upon for his strength and skating, Pettersson found the back of the net for the first time in his short SHL career.
Here’s a look at his first goal in the SHL.
Today was Pettersson’s 40th game of his SHL career. He has played double-digit minutes in each of his last four SHL games.
This goal is a good boost to confidence for D-Petey, who is off to Sweden’s World Junior camp that begins on December 14th.
News
Recent articles from Faber