Vasily Podkolzin got the Canucks’ championship belt last night, and the video shows his English is improving 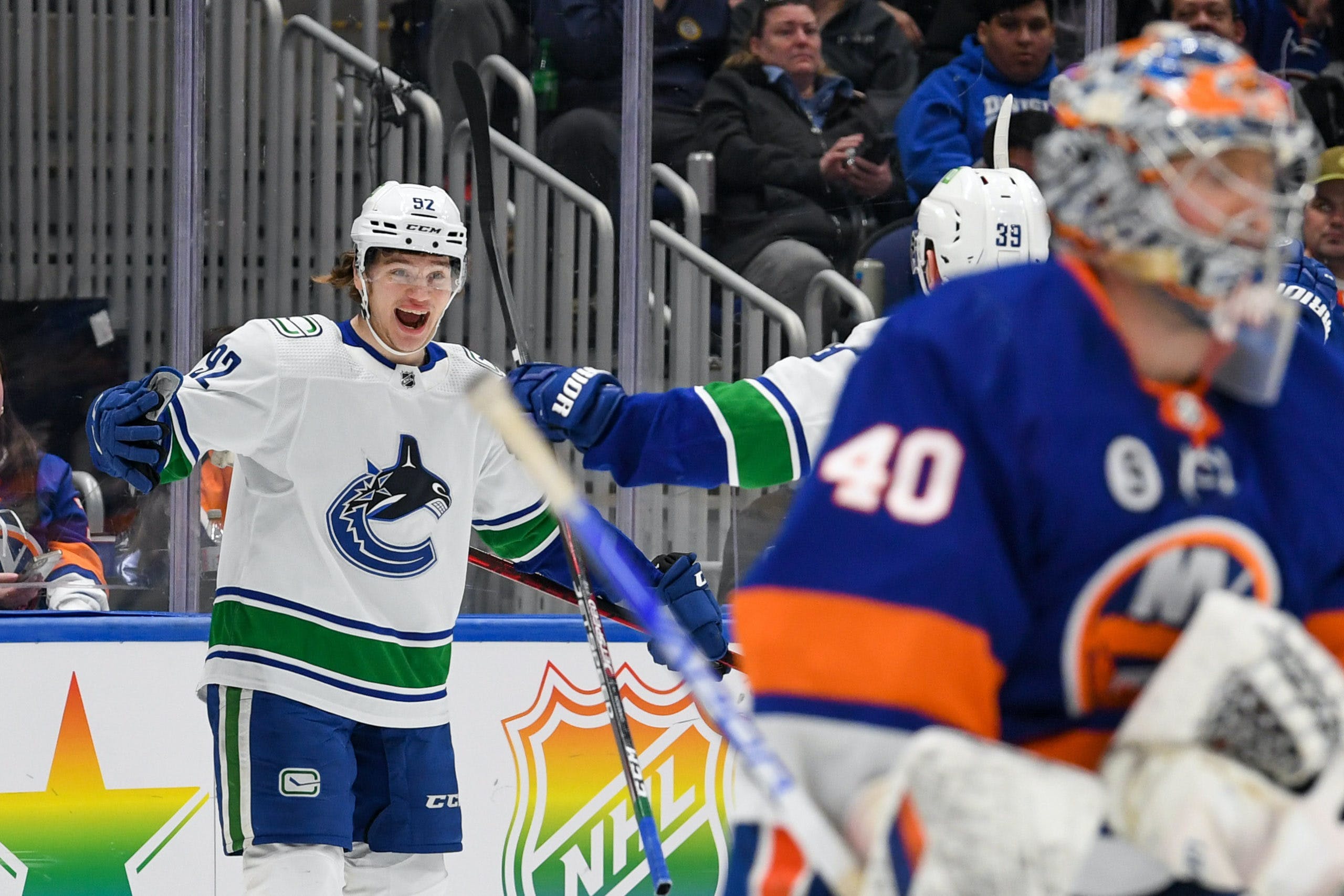 By David Quadrelli
10 months ago
When Vasily Podkolzin first arrived at training camp in September, he used a translator when speaking with the media.
Something we noted at camp, however, was that Podkolzin didn’t need the questions — which were asked in English — translated to Russian for him.
He was understanding everything being said to him but was simply more comfortable answering in his native tongue.
That meant that Podkolzin had a base-level understanding of English already, and he even answered one question he was asked in English at camp.
At the time, Podkolzin said that he was having no issues living in an English-speaking country and that he was trying to speak English as much as possible. “I understand everyone around me, and I just need a little bit more time to learn,” Podkolzin said.
Unsurprisingly, Podkolzin’s English has improved since then, but it was almost a little bit jarring to hear him give a speech after being awarded the Canucks’ championship belt.
Last month, Bruce Boudreau introduced the Canucks’ championship belt in an effort to bring the players closer together, and to recognize exceptional performances from his players.
Podkolzin was handed the belt by Matthew Highmore — the previous winner of the belt — after the Canucks’ 4-3 victory over the New York Islanders Thursday night, in which Podkolzin scored the game-winning goal.
Podkolzin’s subsequent speech shows that his English is definitely improving, and that he’s certainly well-liked in the room.
Here’s the goal that secured the victory and Podkolzin’s championship victory:
For what it’s worth, Podkolzin hasn’t been made available to media since training camp, and will almost certainly elect to use a translator when conducting any on-the-record interviews, but nonetheless, it’s good to see the Canucks’ rookie getting more comfortable speaking the only language that he’s able to use to communicate with the rest of his teammates.
Uncategorized
Recent articles from David Quadrelli