Canucks place Wolanin on waivers; plus how the Juuso Valimaki waiver sweepstakes will work 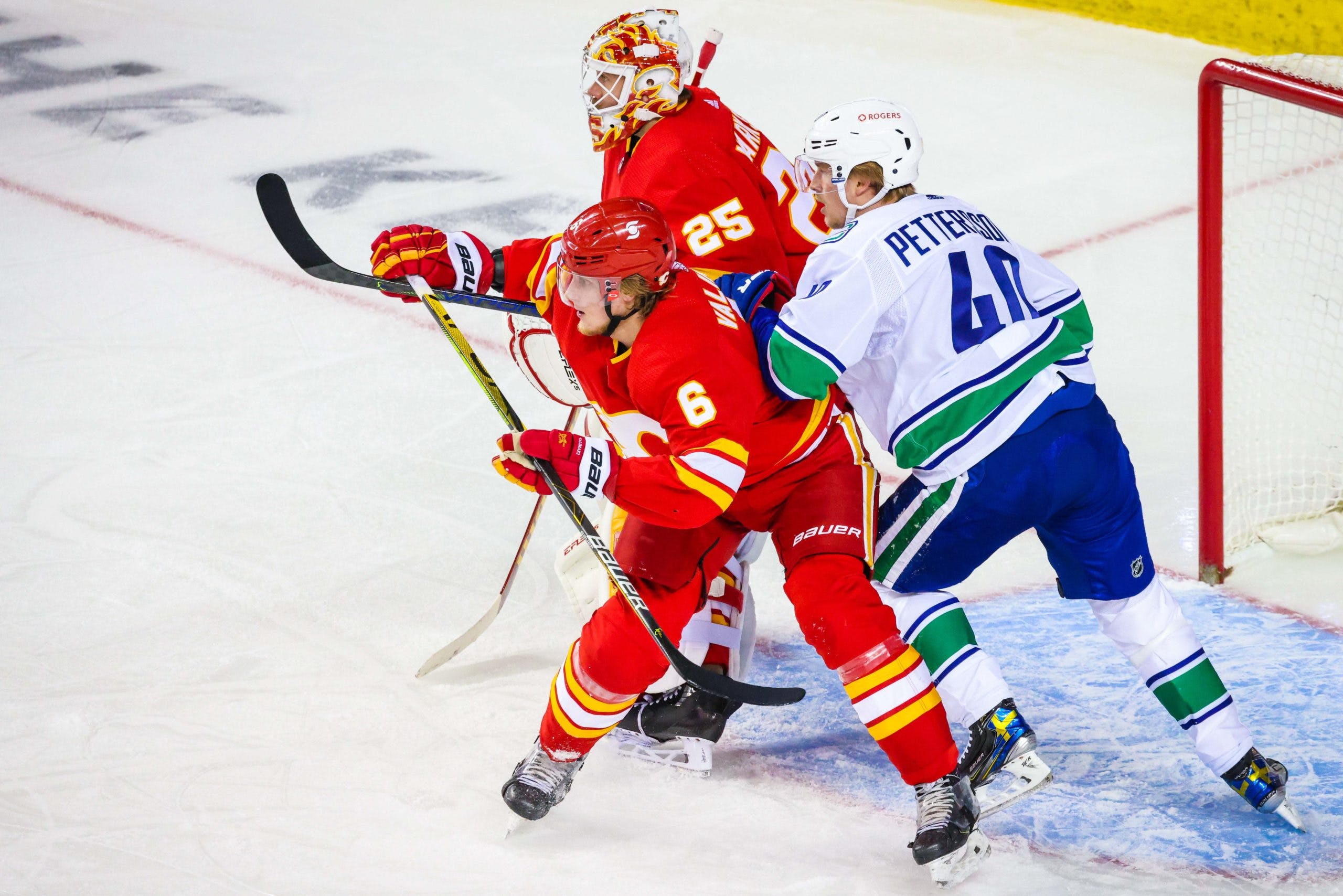 By David Quadrelli
3 months ago
On Saturday morning, the Vancouver Canucks placed defenceman Christian Wolanin on the NHL’s waiver wire.
Wolanin had an impressive camp and got the longest look of any defenceman destined for Abbotsford.
Signed to a two-way contract in July, Wolanin arrived in Vancouver as a depth defenceman with low expectations. At 27 years old, he hasn’t yet managed to break in as a full-time NHLer and has spent the majority of his time in the AHL.
After an impressive camp with the Canucks, Wolanin is likely going to be playing a ton in all situations with the Abbotsford Canucks this season, and will likely serve as one of the Canucks’ main call-up options if further injuries were to occur on their blue line.
Other notable names on waivers today are Calgary Flames left-shot defenceman Juuso Valimaki, Colorado centre Shane Bowers, and right shot defenceman Mark Friedman.
Valimaki is certainly an interesting name, as the 2017 16th overall pick has 82 games under his belt. He’ll almost certainly get claimed, but even if the Canucks are among the teams that put a claim in on Valimaki — and they very well may not be — it’s far from a guarantee they’ll land him.
The waiver wire uses last year’s standings to determine the order of teams who are able to land a player that hits the waiver wire. That means that the Canucks, who finished 18th overall last season, have to hope 13 teams ahead of them don’t make a claim on the same player as they do.
A good example of this was yesterday, when Jonathan Kovacevic, a 25-year-old 6’5 right-shot defenceman, was waived by the Winnipeg Jets. We thought the Canucks may be interested in him, but it was all for naught, as the Montreal Canadiens — who finished dead last and therefore don’t have to worry about any other teams putting a claim in on the same player as them — scooped up Kovacevic off wiavers.
We don’t know for certain if the Canucks put in a claim for Kovacevic, but even if they did, one has to think that at least one of the 13 teams ahead of them — aside from just the Habs — also put in a claim on the towering rearguard.
Now we wait and see what tomorrow’s events bring.
It would be downright shocking to see Valimaki sneak through waivers, and we’re willing to bet that the team who ends up claiming him are one of the team’s ahead of the Canucks on the waiver order list.
Valimaki has struggled with injuries plenty during his young career and could certainly benefit from a fresh start somewhere else. Even if it’s just for his first round pedigree, Valimaki will almost certainly get claimed by a team.
Editorials
News
Recent articles from David Quadrelli