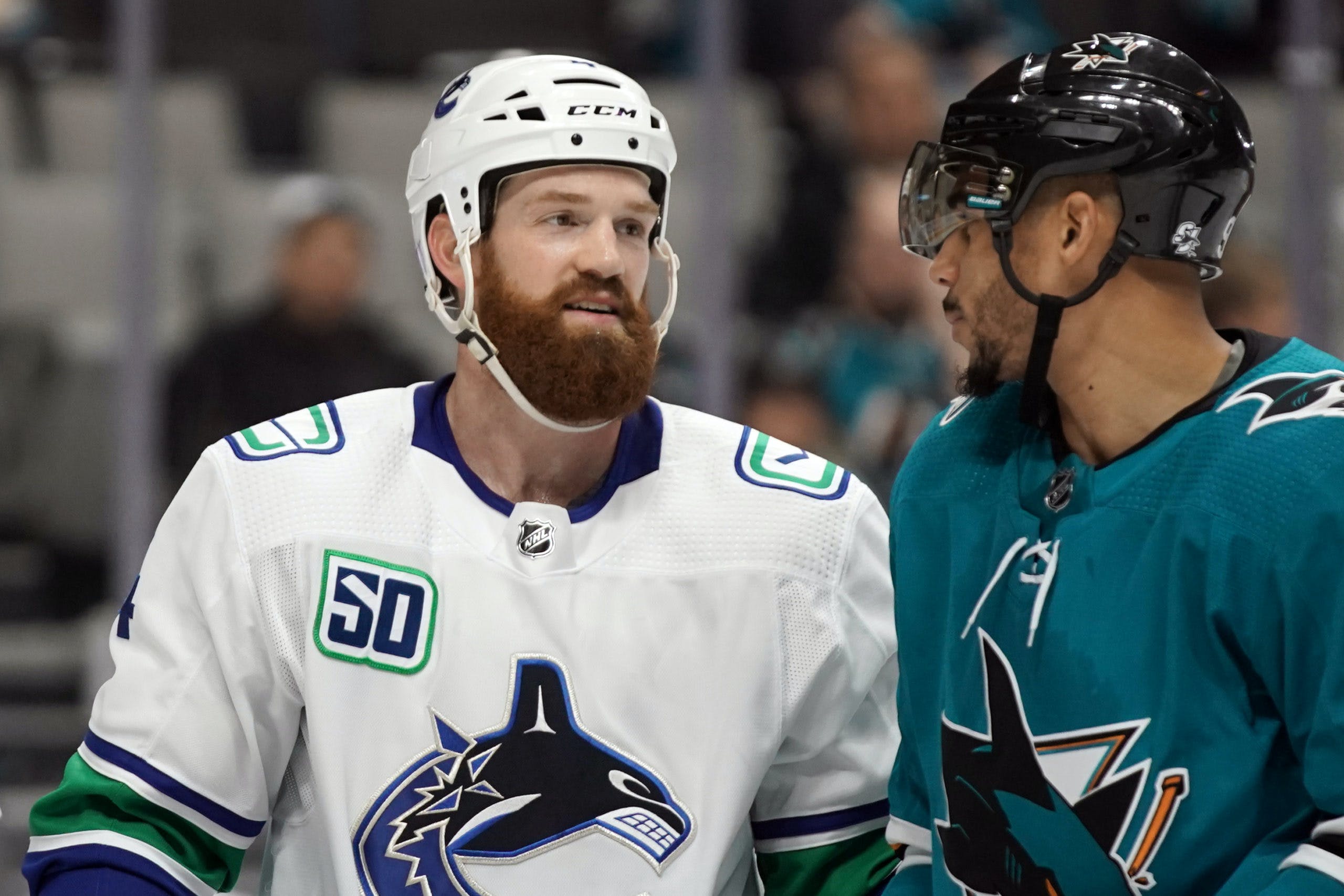 By Phil Figueiredo
1 year ago
The Vancouver Canucks made a couple more moves in the final few moments of Trade Deadline day.
First, they sent left-handed defenceman Jordie Benn to the Winnipeg Jets in return for a sixth-round pick.
Benn has tallied 9 points (1-8-9) in 31 games this season. He has spent time playing with Quinn Hughes and is on an expiring deal.
The 33 year old Benn only costs his new club $2 million against the cap and roughly $466,000 in actual cash. The Canucks did not retain any salary in the deal.
There didn’t appear to be much, if any, discussion from the organization in terms of re-signing Benn this off-season, so getting something for him right now is a win for the Canucks future.
The sixth-round pick the Canucks got in return brings their total draft picks in 2021 to eight.
Vancouver wasn’t done there, adding 25-year-old, right-handed defenceman Madison Bowey from the Chicago Blackhawks. The former Kelowna Rocket only suited up for the Blackhawks twice this season, recording one assist in his time there.
Bowey was drafted in 2013, 53rd overall by the Washington Capitals.
The Canucks and Blackhawks also swapped draft picks in the deal. Vancouver receives a 2021 fifth-round pick, while Chicago gets a 2021 fourth-round pick.
Bowey has one year left at $725,000 on his current deal and will become a UFA at the end of next season.
We’ll be bringing you lots more on today’s trades in the coming days.
Uncategorized
Recent articles from Phil Figueiredo