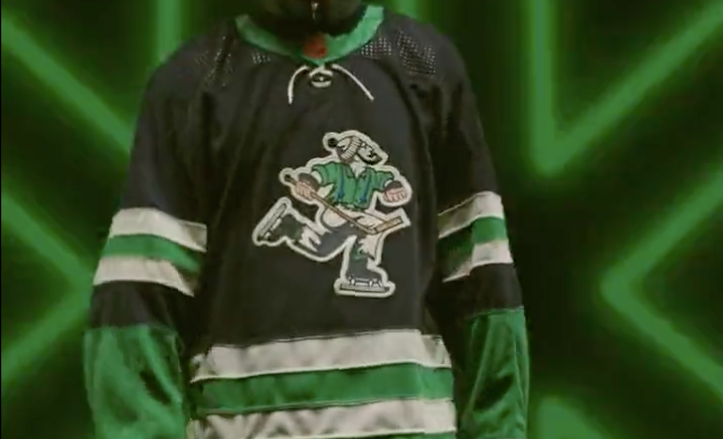 By Zach Laing
1 month ago
The Vancouver Canucks reverse retro jersey has been unveiled and the team will be donning them eight times this season.
They’ll first be seen on November 1st against the New Jersey Devils, then twice more that month. Once against the LA Kings on the 18th, then against the Vegas Golden Knights on the 21st.
Five more times they’ll be seen all of which fall in December: the 3rd against the Arizona Coyotes, the 7th against the San Jose Sharks, the 10th against the Minnesota Wild, the 19th against the St. Louis Blues, and once again vs. San Jose on the 27th.
The jersey has garnered mixed reviews from Canucks fans, but was ranked 7th by Daily Faceoff, who took a look at each of the reverse retros around the league. Here’s what Steven Ellis, who ranked it seventh, had to say:

Everything about this just works. The integration of the Johnny Canuck logo is a plus. The Canucks have had so few duds in franchise history, and I hope we see more of this design moving forward. Sure, it looks pretty close to Abbotsford’s AHL jersey, but that one looks excellent, so why not?

Zach Laing is the Nation Network’s news director and senior columnist. He can be followed on Twitter at @zjlaing, or reached by email at zach@oilersnation.com.
News
Uncategorized
Recent articles from Zach Laing