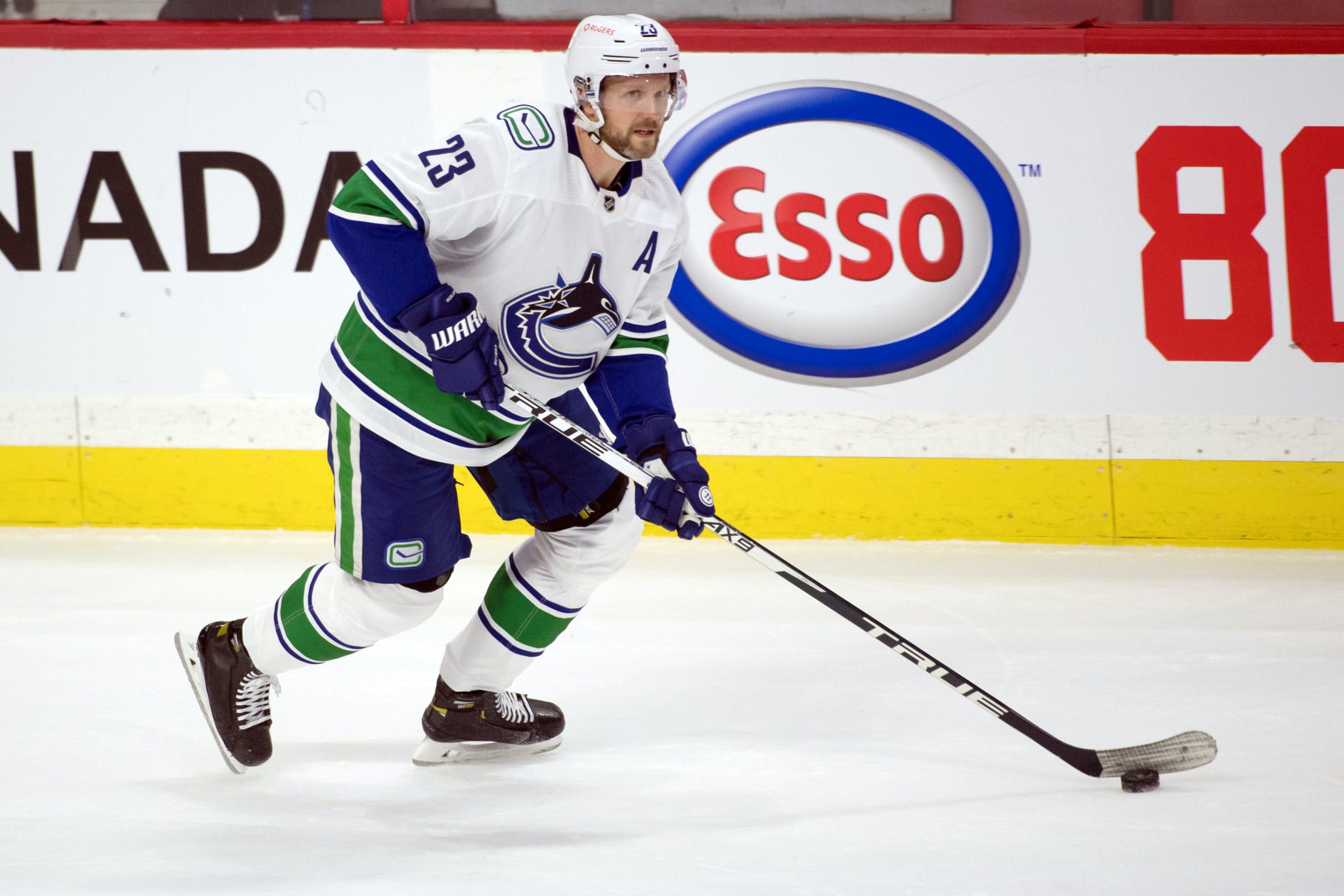 By Zach Laing
1 year ago
The Vancouver Canucks are taking calls on a number of players including Jordie Benn, Alex Edler and Travis Hamonic, Sportsnet’s Elliotte Friedman reports.
In his 31 Thoughts column published Tuesday, Freidman said the team is looking to compete for as long as possible before a potential trade deadline sell off.
Here’s some of what he wrote:

They’ve taken calls on their unrestricted defenders: Jordie Benn (five-team no-trade), Alexander Edler (no-move clause) and Travis Hamonic (no-move clause). There’s also Tanner Pearson (injured) and Sutter (we’ll see), along with continuing discussions about Jake Virtanen. A lot of moving pieces. The Canucks wanted to see where their surge took them, but aren’t ruling out anything.
I’m not sure how Edler feels about things, but I do think there’s some action on Benn and at least one eastern American team asking on Hamonic (who, for family reasons, prefers western Canada). From a purely speculative standpoint, does a Jake DeBrusk/Jake Virtanen deal work at all (with whatever else gets put in there)?
I don’t sense much movement at all in the Pearson contract talks. Lousy situation for the winger, who had to wait to return home with the team before visiting a specialist and starting rehab. If he takes an immediate trip back to Vancouver on a public flight, he’s got to quarantine. Awful timing for that injury.

As Friedman mentioned, all of Benn, Edler and Hamonic have movement clauses that could tie up any potential deals from taking place. No matter what happens, with the trade deadline just under three weeks away, the Canucks will have to start making some tough decisions sooner rather than later on what their plan is.
Zach Laing is the Nation Network’s news director and senior columnist. He can be followed on Twitter at @zjlaing, or reached by email at zach@oilersnation.com.
Uncategorized
Recent articles from Zach Laing