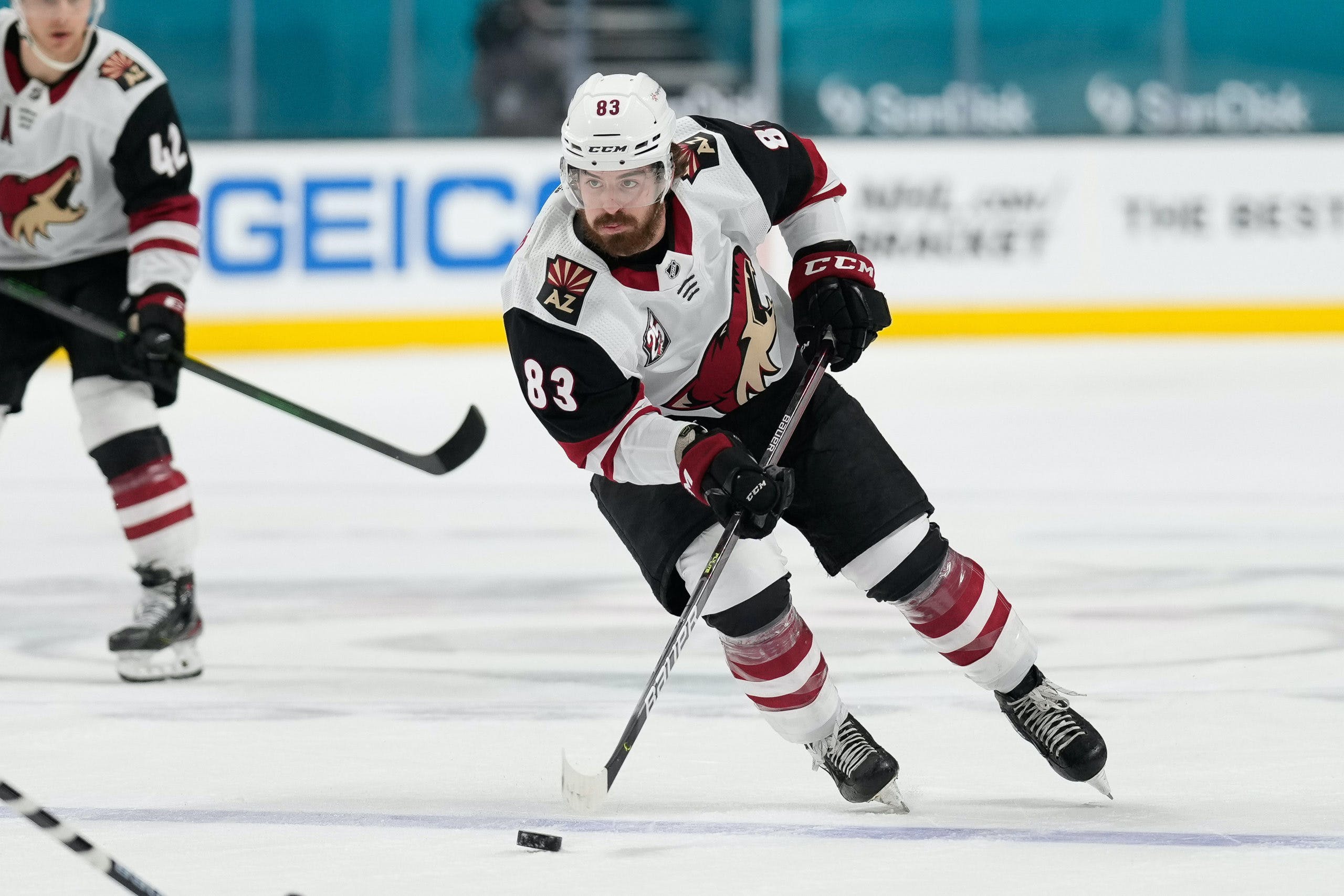 By Zach Laing
1 year ago
Days after being acquired by the Vancouver Canucks, the team has locked up Conor Garland to a long-term deal.
The deal will pay him an AAV of $4.95 over the course of five years in a deal that includes no trade protection and will be paid in all salary.
According to PuckPedia, here’s how his contract breaks down:
Year 1 – $3.75-million salary
Year 2 – $4-million salary
Year 3 – $6-million salary
Year 4 – $6-million salary
Year 5 – $5-million salary
Garland was acquired by the Canucks on the 23rd in a massive deal that also brought defenceman Oliver Ekman-Larrson to town, while shipping out their 9th overall pick, a 2022 second-round pick, a 2023 7th round pick as well as players Loui Eriksson, Jay Beagle and Antoine Roussel.
He’s appeared in 164 games with the Coyotes over the last three years scoring 47 goals and 96 points. Now, he’ll get a chance to continue to grow his game in the Canuck’s top-six.
Zach Laing is the Nation Network’s news director and senior columnist. He can be followed on Twitter at @zjlaing, or reached by email at zach@oilersnation.com.
Uncategorized
Recent articles from Zach Laing