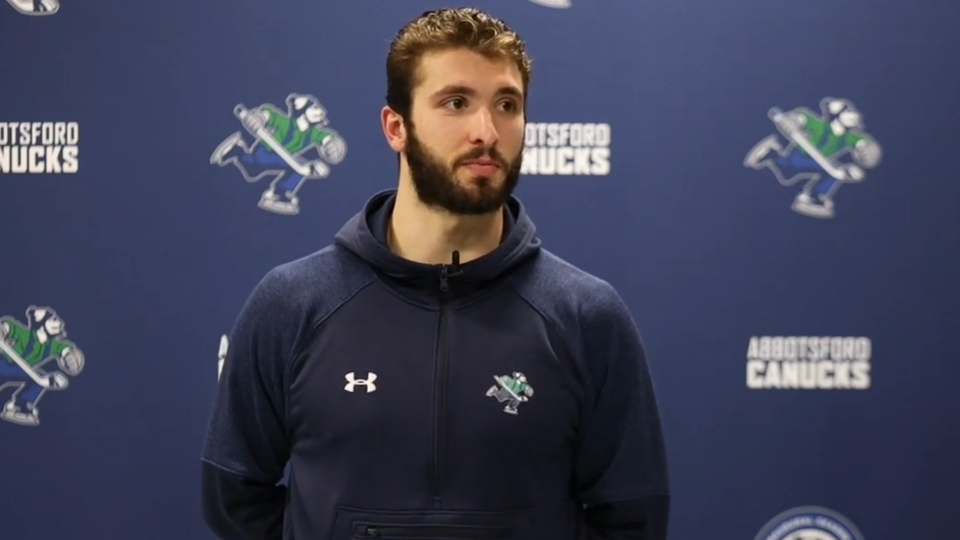 By Zach Laing
9 months ago
The Vancouver Canucks have recalled forward Phil Di Giuseppe from the Abbotsford Canucks.
Di Giuseppe, 28, is in his first year in the Canucks organization and has been a great addition to the AHL club.
In 35 games with the Abby Canucks, he’s scored 11 goals and 32 points. Di Giuseppe sits fourth in scoring for the Canucks who on the year rank 13th in AHL scoring.
It will be interesting to see if this move is related to Jason Dickinson, who crashed awkwardly into the boards against the Calgary Flames last night. He left the game and didn’t return.
The Canucks next play Sunday night against the New York Rangers.
Zach Laing is the Nation Network’s news director and senior columnist. He can be followed on Twitter at @zjlaing, or reached by email at zach@oilersnation.com.
Uncategorized
Recent articles from Zach Laing