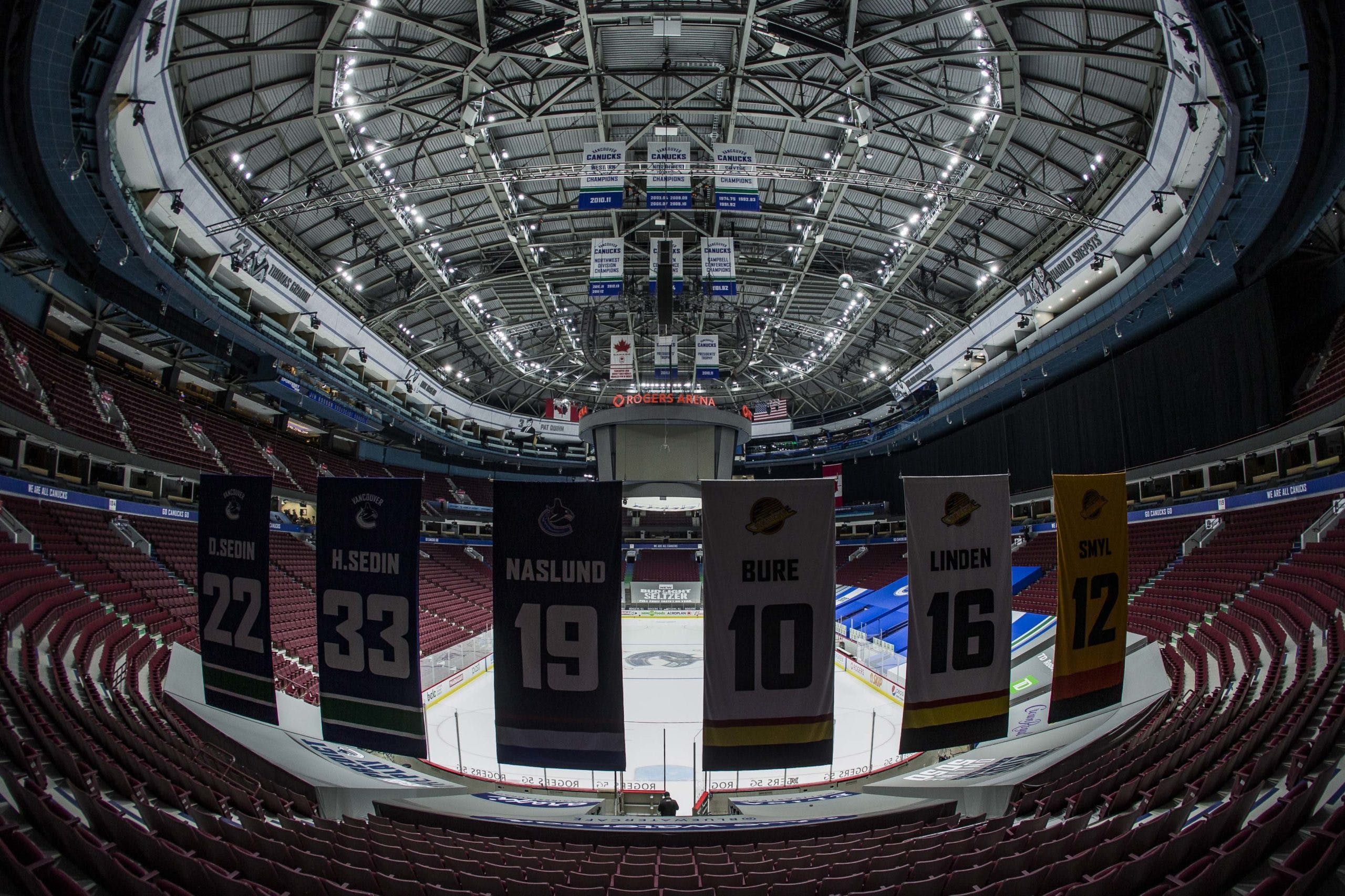 By Zach Laing
16 days ago
The Vancouver Canucks have loaned prospect Karel Plasek to HC Olomouc of the Czech Extraliga, the club announced Thursday.
Plasek, who recently returned from injury, has been unable to crack the Canucks’ lineup. Now, he’ll get a chance to play overseas and get some more ice time.
The 22-year-old was drafted by the Canucks in the 6th round of the 2019 draft. He’s spent the last two years since with HC Kometa Brno. In 78 games over the last two years scoring nine goals and 16 points.
He joined the Abbotsford Canucks for part of last season drawing in for eight games. Here’s some of what Faber wrote about him when Plasek signed his ELC:

He comes from a good hockey family as his father, Karel Plasek Sr. played 30 professional seasons in the Czech leagues and at one point as a player/assistant coach. You can see that the hockey sense was passed down to his son as Plasek Jr. is a competitor on every shift and is not afraid to be physical on every shift.
Plasek plays the left wing but did see some time on the right wing throughout his time in the Czech leagues. He was not a scoring machine in those leagues so he will likely not come in and blow the doors off the Abbotsford barn this season. He will play the game the right way and should slot into a bottom-six line with the ability to kill penalties and potentially contribute on a second power play unit.
He is a player who does not shy away from tough play in the corners and has a good release on his shot that should be able to notch him some goals at the AHL level.
I don’t see him as a true NHL prospect but we won’t know for sure until he gets a ride in the AHL. At just 20 years old, this is a nice swing for the Canucks to see how he fits in with the North American game. Plasek was sixth in the Czech league for scoring from U21 players and definitely has a game that looks like it will fit with Trent Cull’s coaching style.

Zach Laing is the Nation Network’s news director and senior columnist. He can be followed on Twitter at @zjlaing, or reached by email at zach@oilersnation.com.
News
Recent articles from Zach Laing