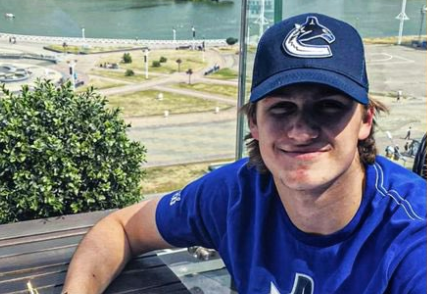 By Zach Laing
1 year ago
Danila Klimovich is heading to Abbotsford.
Vancouver Canucks general manager Jim Benning announced today that along with Jonah Gadjovich — who was designated for assignment to the Abbostford Canucks earlier this morning — Danila Klimovich has been loaned to the AHL club.
Klimovich was the Canucks’ 2021 2nd round pick and spent last season playing in the Belarusian second division.
The Canucks took a swing on him in the second round after moving their first in the OEL/Garland deal. It was long rumoured that he would be heading to the QMJHL, but he’s going to be getting his feet wet at the pro level instead.
More to come.
Uncategorized
Recent articles from Zach Laing