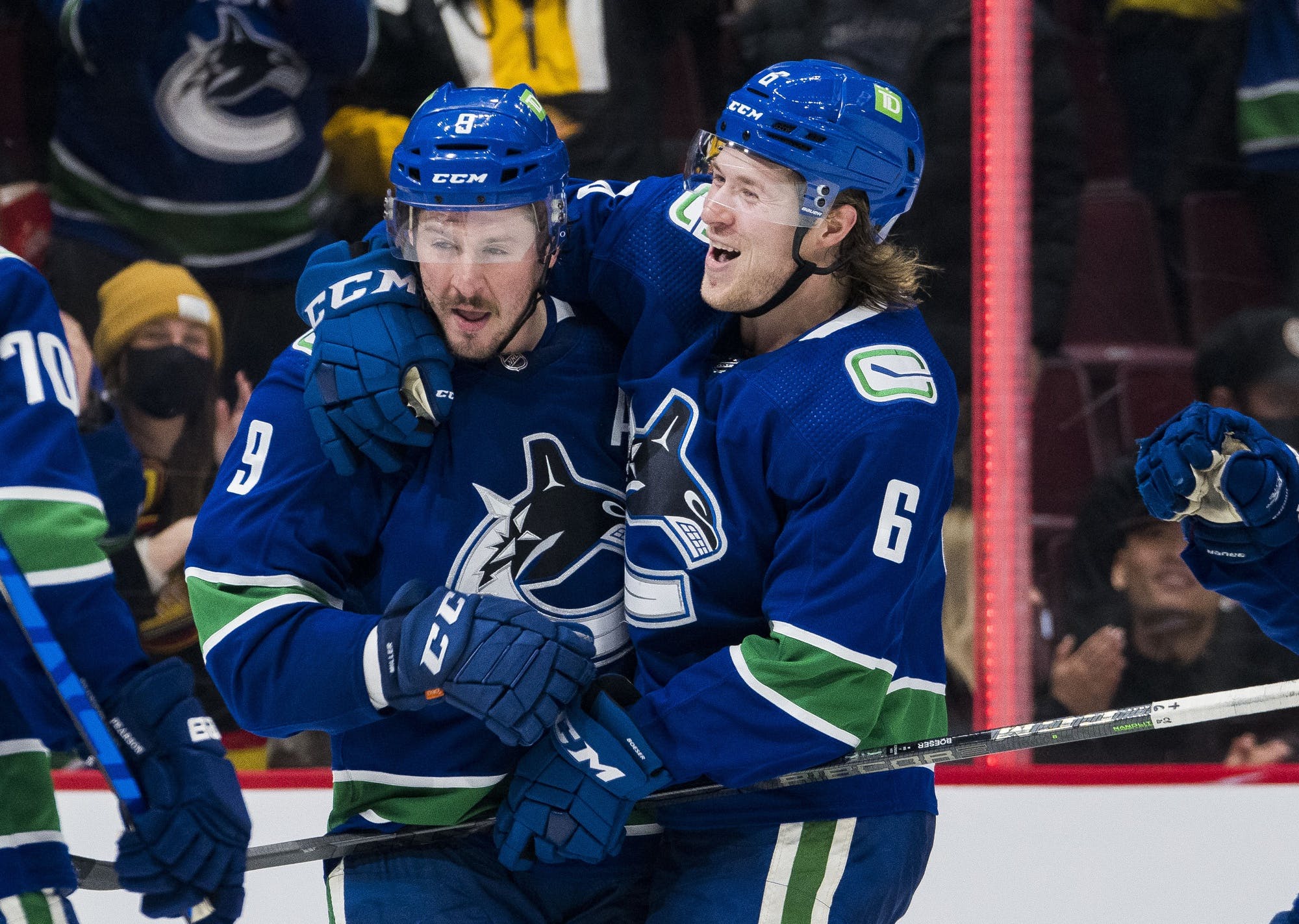 By David Quadrelli
7 months ago
Vancouver Canucks forward Brock Boeser is out with an upper body injury, the team announced Tuesday morning.
Boeser logged 17:24 of total ice time in the Canucks’ 3-2 overtime loss to the Vegas Golden Knights on Sunday night, and had three shots on goal.
The Canucks are set to practice this morning and will depart for Vegas later today to kick off a short two-game road trip tomorrow evening in Vegas.
They will then have a quick turnaround to face off against the Arizona Coyotes on Thursday night.
Once head coach Bruce Boudreau speaks to the media later this morning, we will update this article with more information, including whether or not Boeser will travel with the team on the road trip.
Boudreau says Boeser is out with a wrist injury, and is still being evaluated. Therefore, he won’t make the road trip.
More from CanucksArmy:
Uncategorized
Recent articles from David Quadrelli