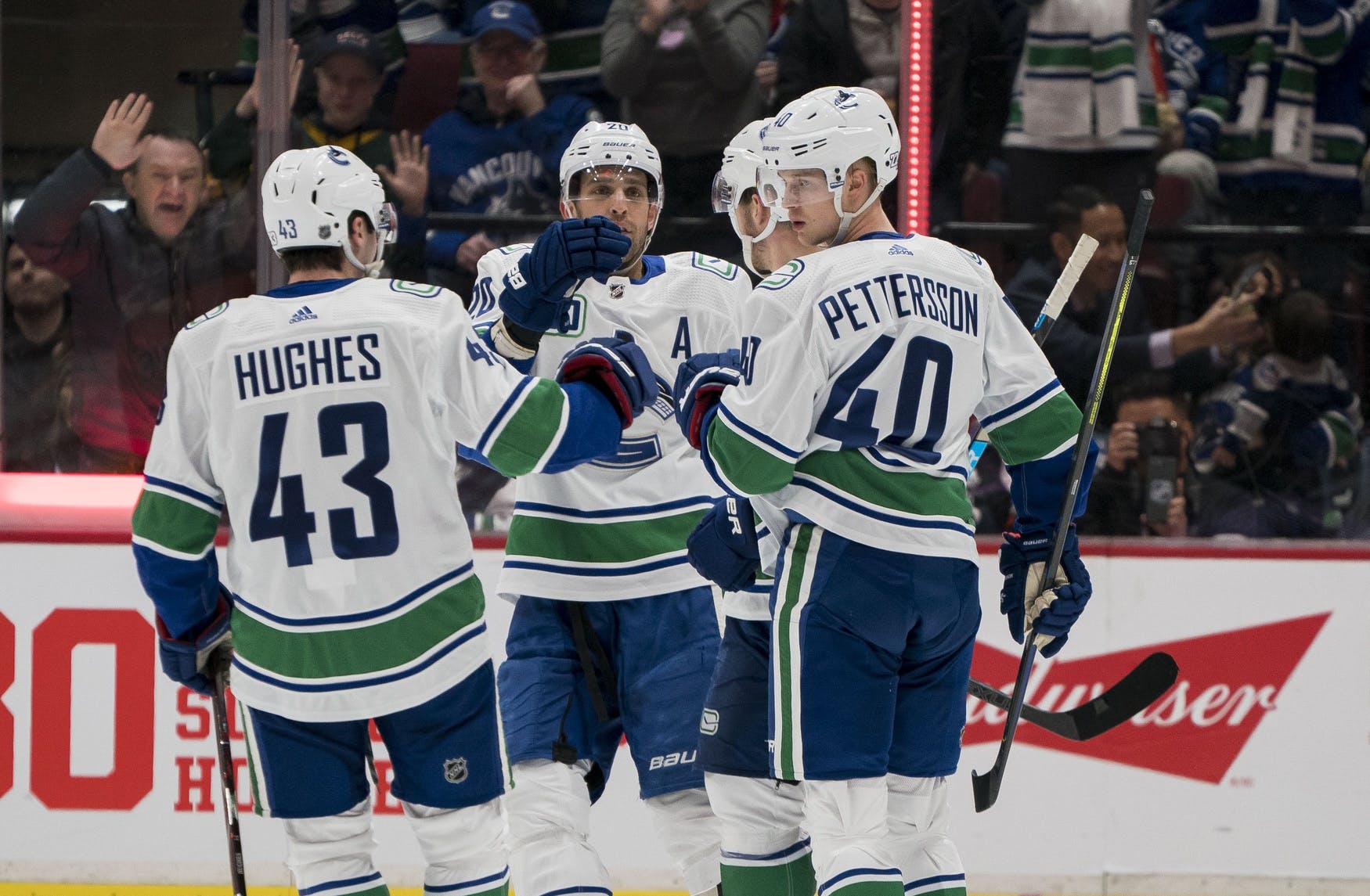 By Zach Laing
1 year ago
Elias Pettersson has reportedly changed agents and will now be represented by J.P. Barry and Pat Brisson at CAA — the same group representing a number of other Vancouver Canucks players, namely Quinn Hughes — according to a report from TSN 1040’s Rick Dhaliwal.
News of the change was first reported by Sportsnet’s Elliotte Friedman Sunday night.
But why does this matter? Well, for one both Pettersson and Hughes are restricted free agents at the end of this season and are due for significant raises. The move by Pettersson to join CAA gives both players and their agent significant leverage when it comes to discussing a new contract in the offseason.
Think of the leverage concept in this way. The Canucks could maybe get away with one of their two franchise cornerstone players holding out to begin the new season, but both? That is simply not in the cards for the Canucks. When an agency as big as CAA holds that much leverage, the outcome typically favours the players.
The move will allow for more coordination in terms of getting new deals done for both players, and it will be interesting to see how negotiations go this offseason.
Pettersson was formerly represented by Michael Deutsch of Eclipse Sports Management, according to PuckPedia.
The Canucks have $24,600,127 heading into the offseason.
Zach Laing is the Nation Network’s news director and senior columnist. He can be followed on Twitter at @zjlaing, or reached by email at zach@oilersnation.com.
Uncategorized
Recent articles from Zach Laing