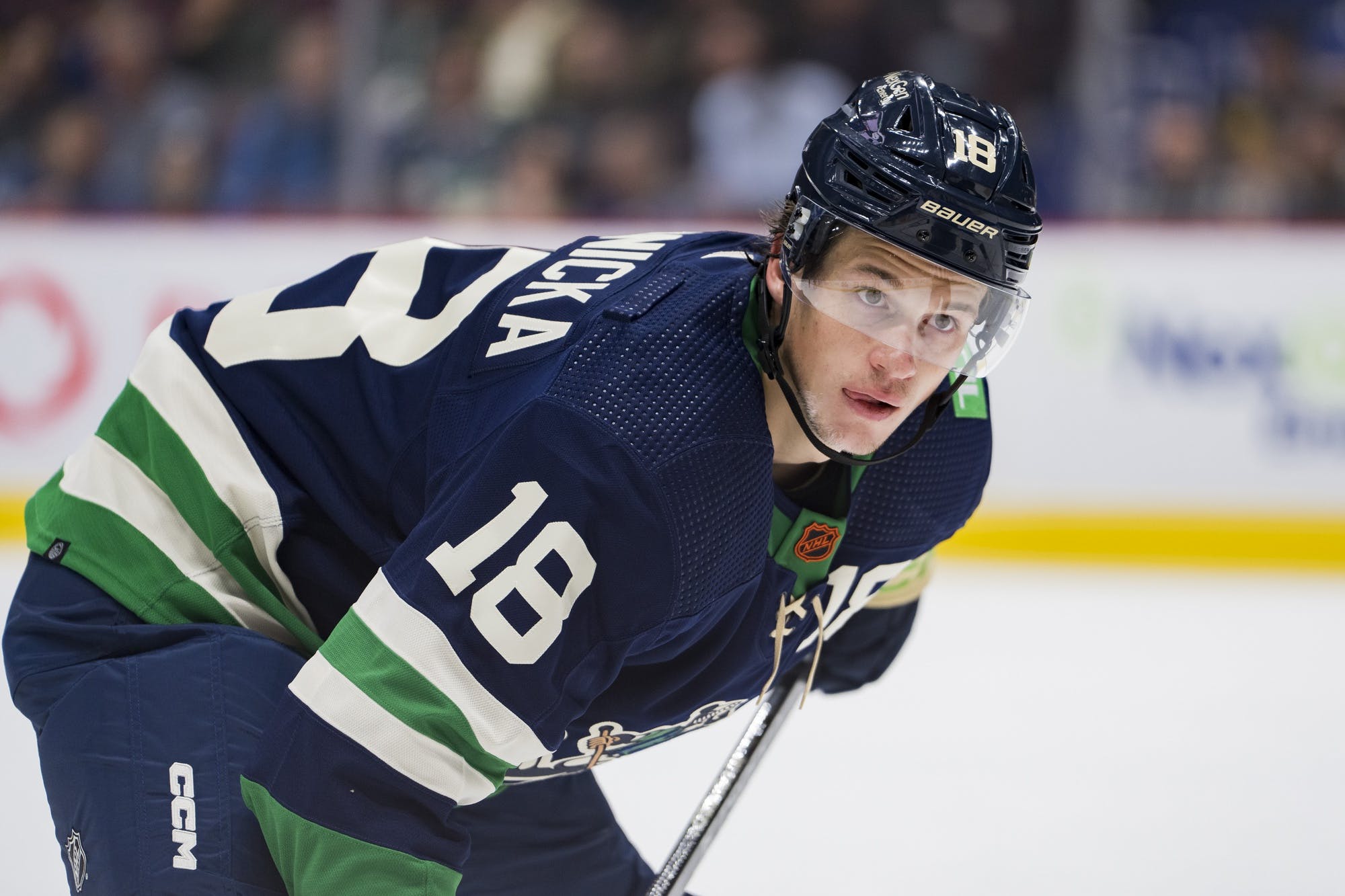 By Mike Gould
2 months ago
The Vancouver Canucks have activated forward Jack Studnicka off injured reserve, the club announced Saturday evening.
Studnicka, 23, has one goal and one assist in seven games with Vancouver this season. The Canucks acquired him from the Boston Bruins in October in exchange for defenceman Jonathan Myrenberg and goaltender Michael DiPietro.
The Canucks are set to take on the Arizona Coyotes on Saturday night. Studnicka skated as a member of the Canucks’ fourth line with Curtis Lazar and Nils Aman during the team’s morning skate on Saturday.
Studnicka last played for the Canucks on November 13 against the Bruins. He’s been out of the lineup since while dealing with a lower-body injury.
The Bruins originally selected Studnicka in the second round (No. 53 overall) of the 2017 NHL Draft. The 6’1″ centre appeared in 38 games with the Bruins over parts of three seasons before being traded to Vancouver earlier this year.
In 45 career games with the Bruins and Canucks, Studnicka has amassed nine points (two goals, seven assists). He scored his first goal as a Canuck against the Ottawa Senators on November 8.
The Canucks currently rank sixth in the NHL’s Pacific Division with a 9–12–3 record and 21 points through 24 games this season. They’ll go up against former Canucks defenceman Troy Stecher and the Coyotes (7–11–3) on Saturday night.
News
Recent articles from Mike Gould