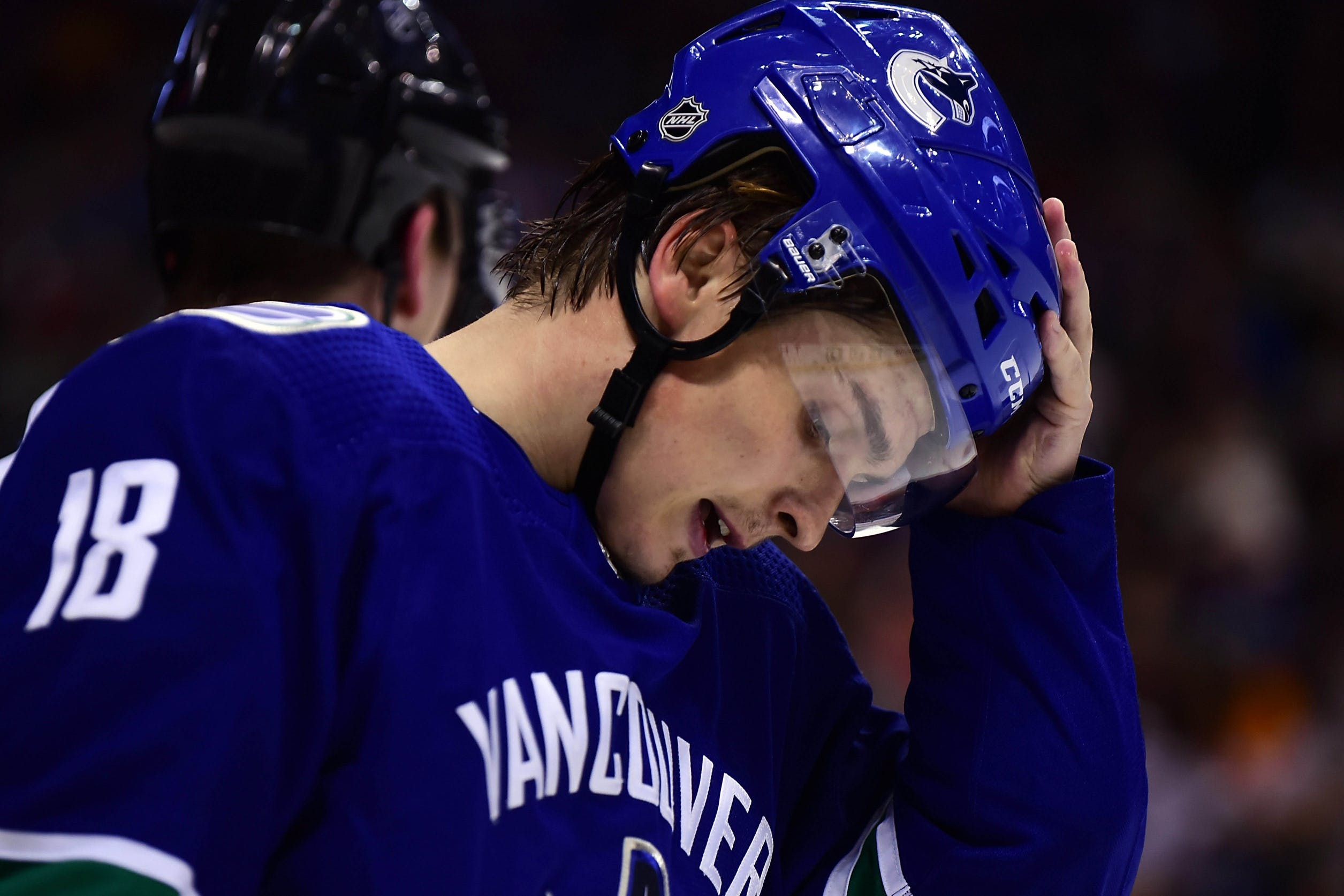 By David Quadrelli
4 months ago
Content warning: The following story contains references to sexual assault.
After police charged him with one count of sexual assault in January following an investigation into an incident that took place on Sept. 26, 2017, former Vancouver Canucks forward Jake Virtanen’s trial has begun in Vancouver court.
Virtanen, who spent this past season playing in Russia for Spartak Moscow, was in B.C. Supreme Court as Justice Catherine Wedge addressed the 12-member jury on Monday.
Vancouver police launched an investigation in May 2021 after a now-23-year-old woman filed a complaint. The Canucks put Virtanen on leave on May 1st and later bought out his contract.
Virtanen was playing in the National Hockey League at the time of the alleged incident.
Virtanen is represented by the Vancouver law firm Martland & Saulnier. The firm has served as defence counsel in a number of high-profile cases in the past, such as the Surrey Six murder trial, the Yaletown bike-store shooting, the Air India bombing, and the Robert Pickton trial.
The complainant, who cannot be identified, grew up in a small town in B.C.’s interior. She now lives in Victoria.
Her partner of about five years sat beside her for support as she testified, according to Global B.C’s Amy Judd.
None of the allegations have been proven in court and Virtanen, who has pleaded not guilty, remains entitled to the presumption of innocence.
More to come.
More from CanucksArmy:
Uncategorized
Recent articles from David Quadrelli