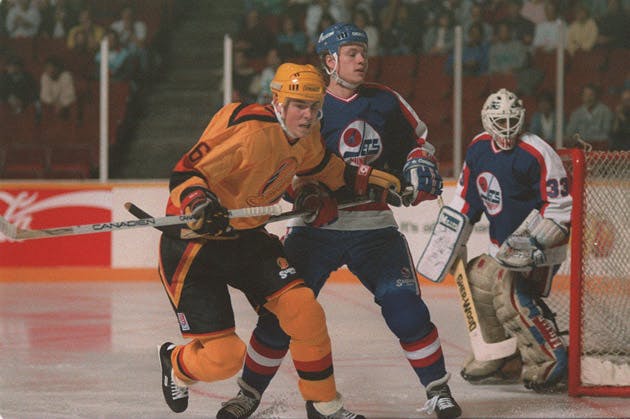 By Zach Laing
1 year ago
Welcome back to another edition of Throwback Thursday!
This week in 1998 (Feb. 6), the Vancouver Canucks traded Trevor Linden to the New York Islanders.
In return, the Canucks received Todd Bertuzzi, Bryan McCabe and a third-round pick later used to draft Jarkko Ruutu.
Linden, who was drafted by the team 2nd overall 11 years prior in 1988, played in 402 games scoring 247 goals and 569 points with the Canucks ahead of the trade. He later returned to the team in 2001 and closed out his career where it all started.
Bertuzzi became one of the best power forwards in the 2000’s and scored 449 points in 518 games with the team. He returned to the NHL after the Steve Moore incident and was later traded to Florida in 2006 in a deal that brought back Roberto Luongo.
McCabe only spent two years in Vancouver while Ruutuu played six years in Vancouver.
Zach Laing is the Nation Network’s news director and senior columnist. He can be followed on Twitter at @zjlaing, or reached by email at zach@oilersnation.com.
Uncategorized
Recent articles from Zach Laing