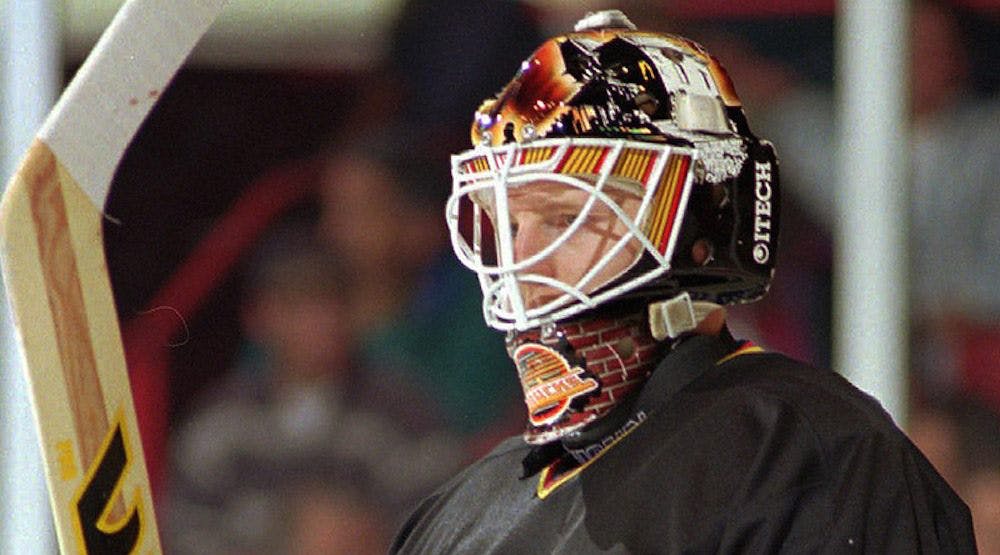 By Zach Laing
1 year ago
Welcome back to another edition of Throwback Thursday!
It was 25 years ago this week (April 18) that Corey Hirsch earned his first ever playoff win in a 5-4 Vancouver Canucks win over the Colorado Avalanche.
Hirsch, then 23, was caught in the midst of a shootout style of game, but one the Canucks were able to hold strong in. Hirsch, meanwhile, stopped 28 of 32 shots in the game.
He was key for the Canucks in the game as the Avalanche had four powerplays in the game with Hirsch only allowing one goal.
For Hirsch, it was his his first of two full seasons in the NHL as as starter, both of which were with the Canucks. He came by the way of the New York Rangers, who drafted him in the 8th round of the 1991 draft, in a April 1995 trade that saw Vancouver flip forward Nathan LaFayette.
His first year in Vancouver, that 1995-96 season, saw Hirsch post a 17-14-6 record and a .903 save percentage. He was named to the league’s all-rookie team, and came in fifth in Calder Trophy voting for the NHL’s top rookie, falling behind Saku Koivu, Ed Jovanovski, Eric Daze and Daniel Alfredsson.
Hirsch returned the following year, but didn’t have much success. He posted a 12-20-4 record and a .894 save percentage. In the 1997-98 campaign, Vancouver signed Arturs Irbe and the goalie room grew ever crowded. Garth Snow also joined the room that already had Hirsch and Kirk McLean, and quickly Hirsch fell out of favor.
He appeared in just one game that season, but played 20 games in the following 1998-99 season posting a 3-8-3 record and a .890 save percentage.
Hirsch would only play three more NHL games — one with Washington in 2000-01, and two with Dallas in 2002-03.
Zach Laing is the Nation Network’s news director and senior columnist. He can be followed on Twitter at @zjlaing, or reached by email at zach@oilersnation.com.
Uncategorized
Recent articles from Zach Laing