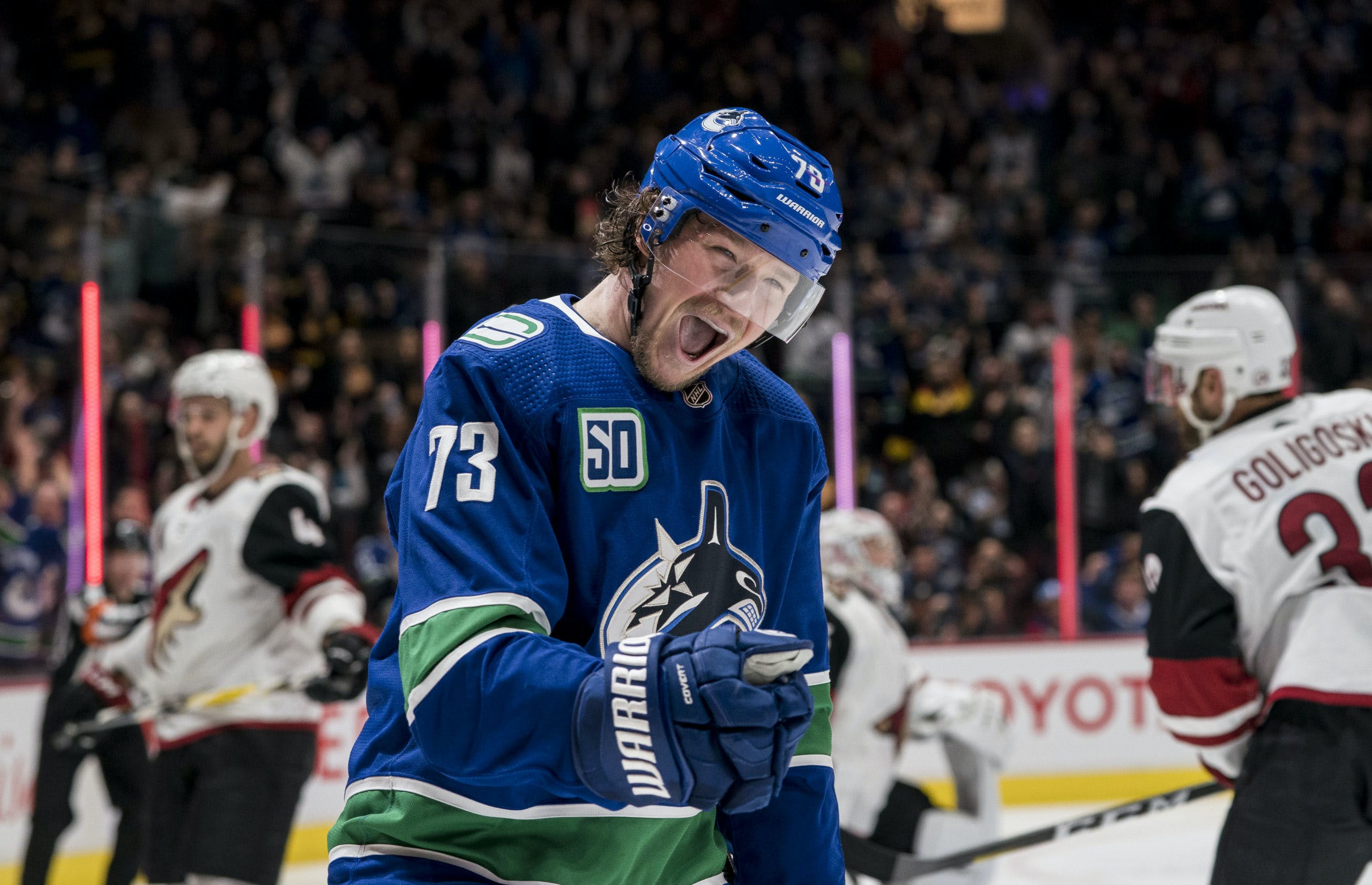 By Zach Laing
1 year ago
Welcome back to another edition of Throwback Thursday!
This week last year (Feb. 17), the Vancouver Canucks acquired Tyler Toffoli.
In return, Vancouver sent Tim Schaller, Tyler Madden, a 2020 second-round pick and a condition fourth-round pick in 2022. Toffoli only played 10 games in the regular season scoring six goals and four assists, and chipped in another four points in seven playoff games that summer.
Despite his career as a goal scorer and point producer, Vancouver chose to let the unrestricted free agent walk into free agency, where he signed a four-year, $4.25-million AAV with the Montreal Canadiens.
He’s since made the Canucks pay this year, scoring eight goals and 11 points against the Canucks in only five games this year.
Zach Laing is the Nation Network’s news director and senior columnist. He can be followed on Twitter at @zjlaing, or reached by email at zach@oilersnation.com.
Uncategorized
Recent articles from Zach Laing