The Daily Faceoff Show: The Vancouver Canucks lack an identity 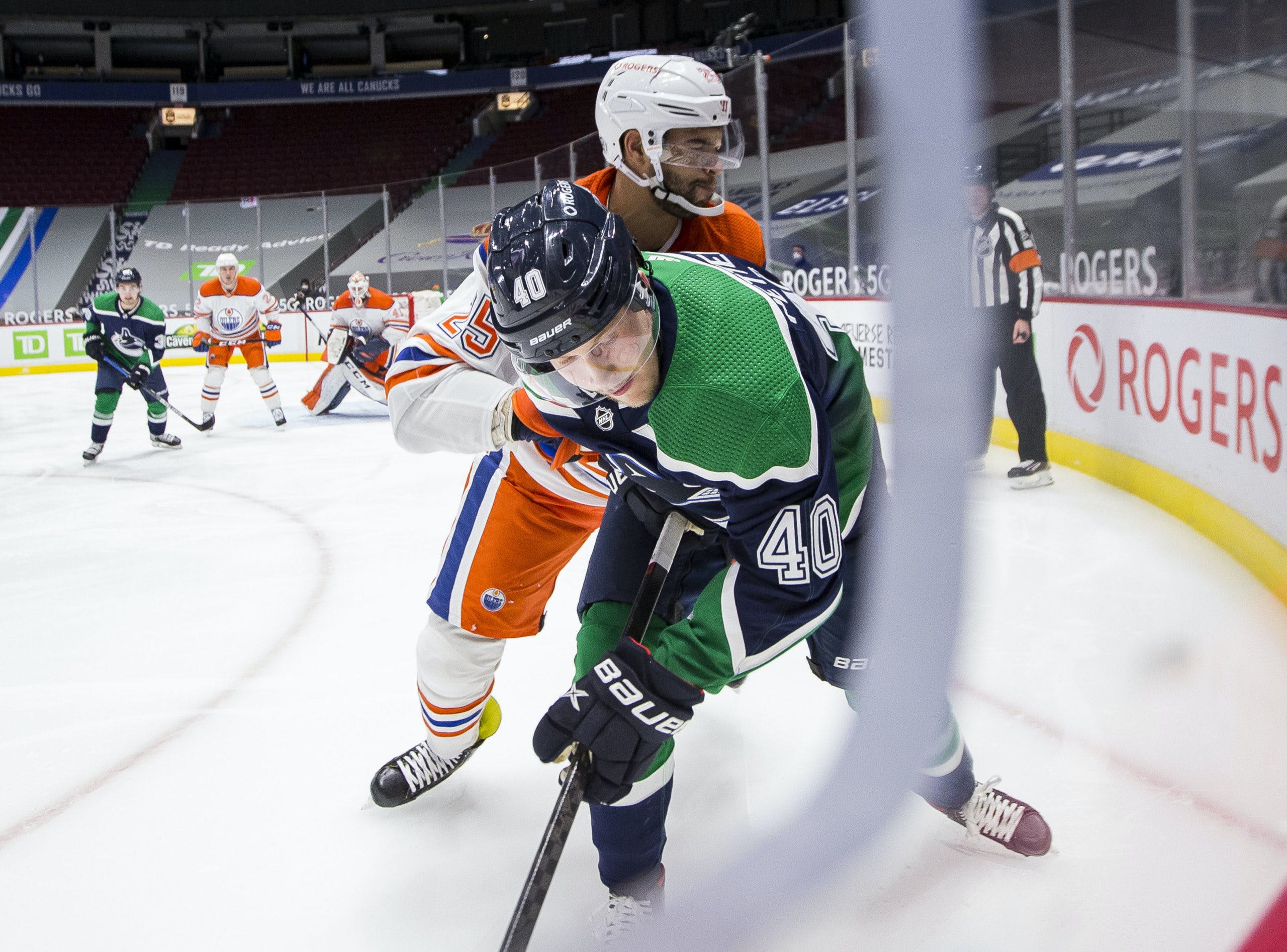 By Cam Lewis
1 year ago
It’s safe to say that the Vancouver Canucks aren’t off to the start they had hoped for.
After a few big off-season additions, the Canucks sit seventh in the Pacific Division one month into the season with a 5-7-2 record.
On Friday’s edition of The Daily Faceoff Show, Frank Seravalli and former Buffalo Sabres assistant general manager Steve Greeley talked about what’s wrong with the Canucks. Greeley said that Vancouver lacks an identity while Seravalli was critical of Elias Pettersson’s poor production since signing his new contract.

Seravalli: “Lots of expectations for the Canucks this year, hoping that they could get back to the team that they were two seasons ago. On paper, they should be much better with the additions of Conor Garland and Oliver Ekman-Larsson.
But, when you look at it, the Canucks are floundering to start. Their best players have not been their best players. Garland has delivered, and, on the backend, Ekman-Larsson has been fine. What’s up with the Canucks?”
Greeley: “This is a team that I didn’t have as a playoff team before the year. My tone isn’t changing.
There’s something off with the group. They’re not good at home, strike one. Their penalty kill is last in the league, strike two. And they just haven’t been able to generate any momentum. We aren’t seeing sustained attacks, we aren’t seeing offense night after night.
I don’t know what the team’s identity is. I don’t know how they’re trying to play. I don’t think they know what their strengths are. Right now, to me, they’re just a team hoping to flip a switch and get a win. I think they’re in trouble and they’re in a bad spot in no man’s land for the draft. I don’t know what’s next for this group but I’m not very hopeful it’s going to change overnight.”
Seravalli: “The big question mark for me is Elias Pettersson. You watch their games, I’ve seen them twice in person to start the year, and the only time you actually notice Elias Pettersson on the ice those nights is when he has the puck on his stick on the power play.
He’s not really creating many chances at even-strength. When you have a talent like that who’s being paid like that, you need him to produce.”
Greeley: “Your best players have to be your best players. That’s consistent throughout the league. The top teams always have their best guys going when they’re in the lineup.
Pettersson has to step it up, along with others, and this team has to find a way to really create an identity and show us who they are. I don’t know what kind of team they are at this point. When you’re 13, 14, 15 games into the season, that’s certainly alarming.
I think they’re going to have a hard time climbing over teams who are already higher than them in the standings.”

You can watch the full episode here, with the Canucks talk starting at 6:15…
Uncategorized
Recent articles from Cam Lewis