Suffering from headaches and migraines, Tucker Poolman placed on IR by Canucks 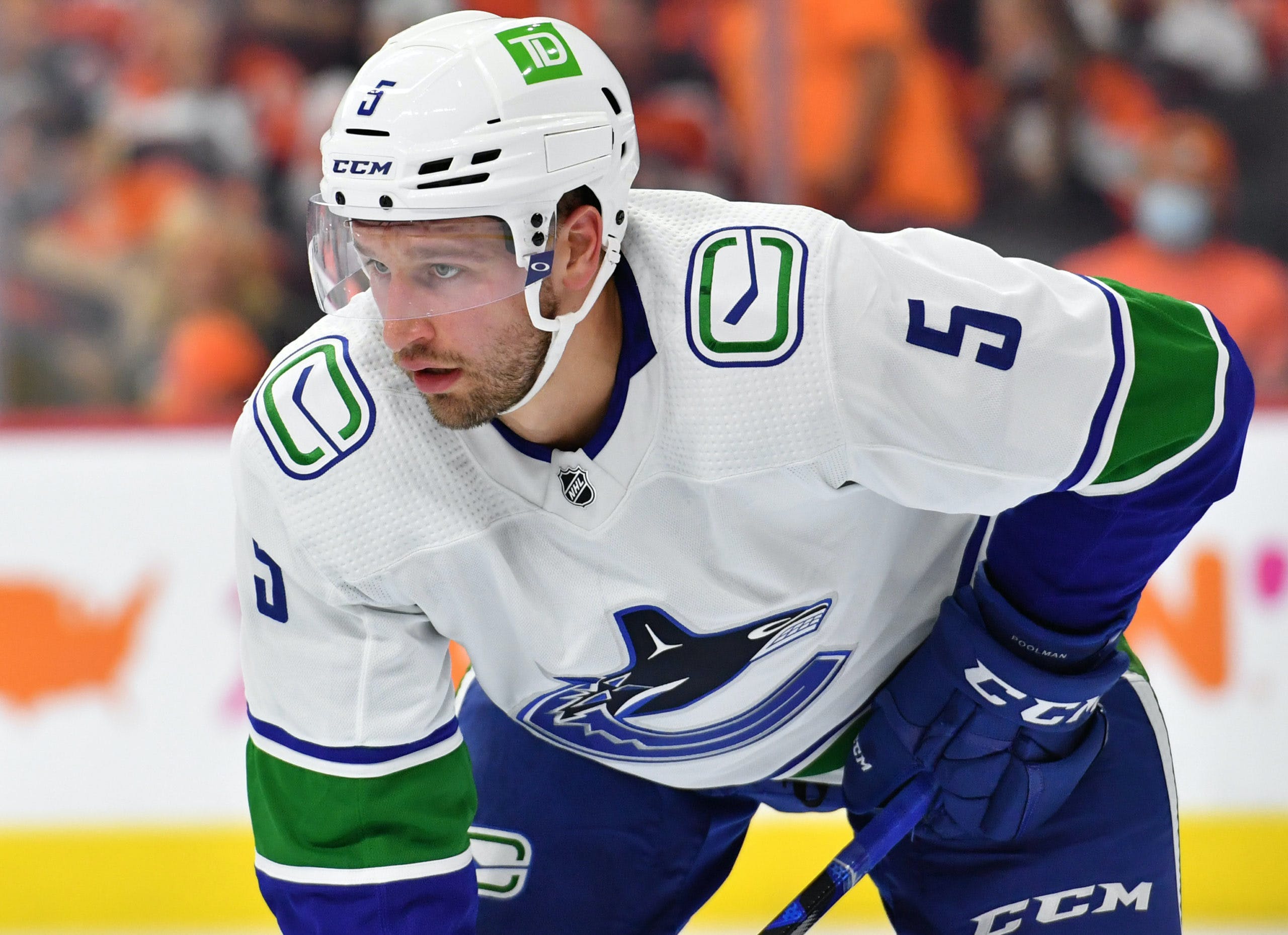 By David Quadrelli
11 months ago
The Vancouver Canucks have placed defenceman Tucker Poolman on injured reserve, the club announced Tuesday afternoon.
Poolman left the Canucks’ January 27th game against the Winnipeg Jets after logging just under eight minutes of ice time and hasn’t returned since.
Up to this point, Poolman was considered day-to-day with what the club called a “non-COVID-related illness.”
Today, however, some more clarity was provided into what exactly is ailing Poolman.
“Poolman’s been dealing with headaches and migraines,” said head coach Bruce Boudreau Tuesday morning. “He’s seeing some doctors about it. Hopefully he’ll be back working out here tomorrow and be back soon.”
The Canucks have activated Kyle Burroughs for tonight’s game against the Arizona Coyotes.
For a full preview, including lines and power play units, read our scenes from morning skate article here.
Uncategorized
Recent articles from David Quadrelli