Stats, standings, and predictions for the start of the Abbotsford Canucks’ six-game homestand By Cody Severtson
2 months ago
The Abbotsford Canucks’ six-game Canadian road trip started poorly, got better, then finished worse.
After splitting their series against the Laval Rocket and Toronto Marlies, the Farm visited the Calgary Wranglers, where they played out two games that finished almost identically to our prediction in last week’s preview!

-Week 7 predictions
On Friday, the Canucks were crushed by the Wranglers 5-1. Then, on Sunday, the Farm rallied back from a two-goal and one-goal deficit to force overtime.
Though our Week seven prediction was spoiled when the Farm lost in overtime. The Canucks nonetheless put up a valiant effort against one of the top teams in the AHL to eke out a loser point.
The overtime loss brought Abbotsford’s record to 7-7-1-1, a perfectly mediocre .500 on the season by points percentage.
With their longest road trip of the season out of the way, the Canucks return to the Abbotsford Centre for a six-game homestand.

Games 17 & 18 versus the Bakersfield Condors

The Canucks kick off their home stand with a doubleheader against the Edmonton Oilers’ AHL affiliate, the Bakersfield Condors.
The Condors are tied with the Canucks in games played but sit one point higher than them in the Pacific Division standings. Two wins over the Condors this week would leapfrog the Canucks into the seventh and final playoff spot.
Over their last five games, the Condors have just one win under their belts.
The Farm will enter this double-header with a decent edge on special teams. The Condors have the third-worst power play in the league, scoring on 14.5% of their opportunities. The Canucks rank 16th, having scored on 21.1% of their opportunities.
While shorthanded, the Canucks rank fourth-worst in the AHL with a 71.4% penalty-killing percentage. The Bakersfield Condors haven’t fared much better while shorthanded, ranking 19th in the AHL, having allowed eighteen power play goals for a 77.5% penalty-killing percentage.
Through sixteen games played, the Bakersfield Condors have generated the seventh-fewest shots per game while allowing the fifth-most. The Canucks have generated the 11th-most shots per game while allowing the seventh-fewest.
Unfortunately, the Canucks goaltending tandem has struggled to keep the few shots that do get through out of the net. Arturs Silovs and Collin Delia are rocking matching 0.888 save percentages with the 36th and 50th-ranked goals-against averages in the AHL.
On the other hand, the Condors have Olivier Rodrigue between the pipes, who has put up a career-best 0.924 save percentage through eight starts this season.

The Canucks power play was running hot with Chrisitan Wolanin quarterbacking the blue line, and it will now run even hotter with Jack Rathbone and Vasili Podkolzin joining the team.
Over the Farm’s six-game road trip, Wolanin recorded nine points—two goals and seven assists—with six coming via the power play. 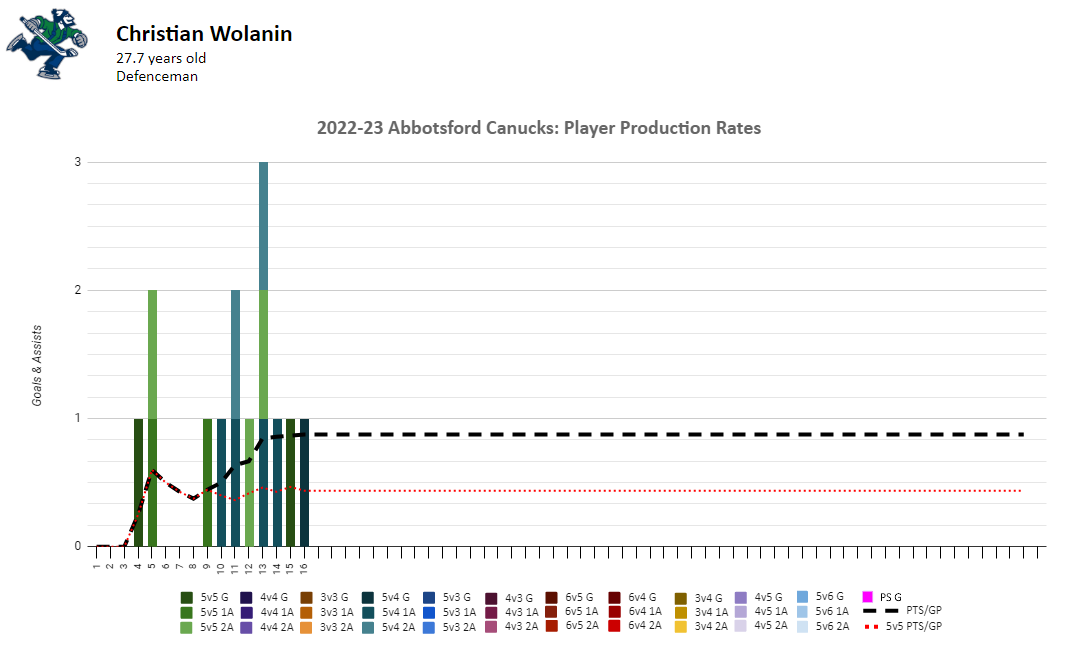 Last season, Rathbone finished his AHL campaign above a point-per-game, with 19 points coming via the power play.
Podkolzin did not feature in regular season games but finished his brief postseason appearance with one goal and one assist in two games against these same Bakersfield Condors!

Expect the influx of NHL-caliber talent to lead to a dominant victory on one night and a spectacularly disappointing regulation loss on the other.

After their double-header against the Bakersfield Condors, the Canucks run it back against the Laval Rocket, closing their season series with a Saturday/Sunday double-header.
This preview will be pretty short:
Not much has changed since their last meeting five days ago!
Since playing each other last week, the two teams have only seen a few team stats fluctuate marginally.
The Laval Rocket:
The Abbotsford Canucks: