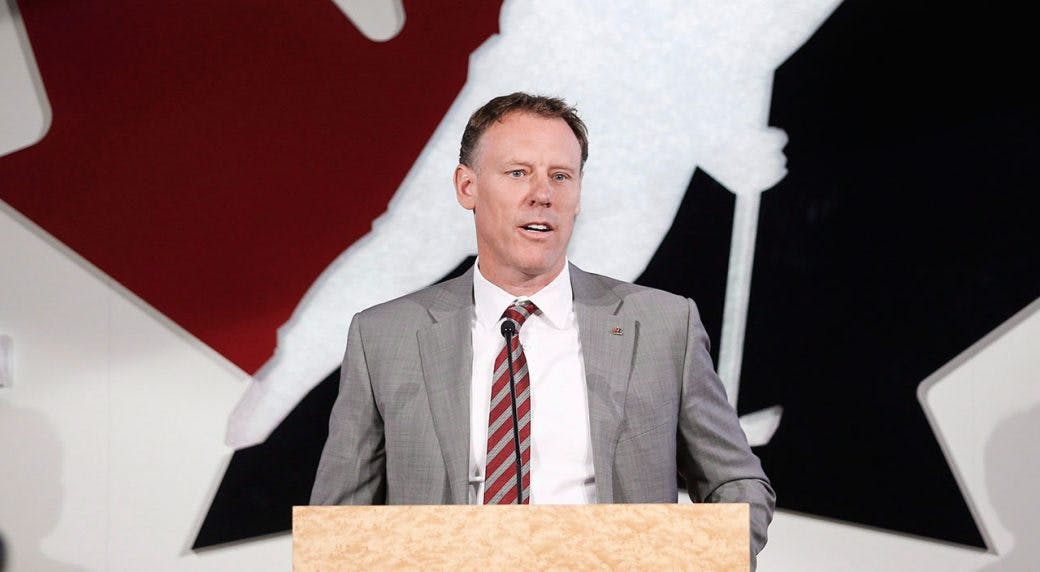 By Zach Laing
10 months ago
The Vancouver Canucks have narrowed down their GM search.
And according to Rick Dhaliwal, a new name has appeared in it.
“Patrik Allvin, Scott Mellanby got interviewed and Sean Burke is a name that’s popped up,” said Dhaliwal on a Friday edition of Donnie and Dhali.
“Sean Burke apparently really impressed in his interview… Sean Burke, some say, might get a second interview. Two nights ago I heard his name and then now you’re starting to hear it more and more.”
Dhaliwal also went on to speak about who the top finalists could be.
“The usual suspects are all out there, Donnie. A lot of other names that have been bandied about, but Sean Burke is a new one,” he said. “If (Burke) gets a second interview, that speaks volumes too. But yes, you are correct — Patrik Allvin is the one everybody expects to get it.”
Burke is an interesting name to say the least. After an 18 year career as a goaltender in the NHL, Burke transitioned right into organizational roles. In 2007-08, he was hired as the director of player development with the Arizona Coyotes.
He held various roles that included assistant general manager and goaltending coach, but left the club after the 2015-16 season. He joined the Montreal Canadiens as a professional scout out west, but also took on managerial roles with Hockey Canada. He’s served as the general manager of the Spengler Cup and various other international tournaments since then.
In 1997, Burke was charged in Raleigh with beating his wife and spent time in jail as a result of the incident. “We would like to deal with this situation as a family,″ Burke said in a statement issued through the Hurricanes, Burke’s club at the time. “My wife and I are taking the necessary steps to deal with this matter, and we would hope that everyone will understand and respect our need for privacy as we go forward with our lives.″
Burke has been highly regarded around the NHL for some time now. In the last number of years, he’s interviewed for GM jobs with the Edmonton Oilers, Seattle Kraken, Arizona Coyotes, and Florida Panthers.
In a 2019 Q&A with The Athletic, his role with the Canadiens was detailed as one where he would be assigned a number of Western Conference teams and he was expected to have a detailed knowledge of each and every player within their organization.
While he’s been promoted to goaltending coach on top of his scouting roles, it’s safe to say Burke would have a good grasp on things that have been happening in the Western Conference.
Zach Laing is the Nation Network’s news director and senior columnist. He can be followed on Twitter at @zjlaing, or reached by email at zach@oilersnation.com.
Uncategorized
Recent articles from Zach Laing