Scenes from an intense Canucks practice: A physical scrimmage and new forward lines unite Pettersson and Miller on the top line 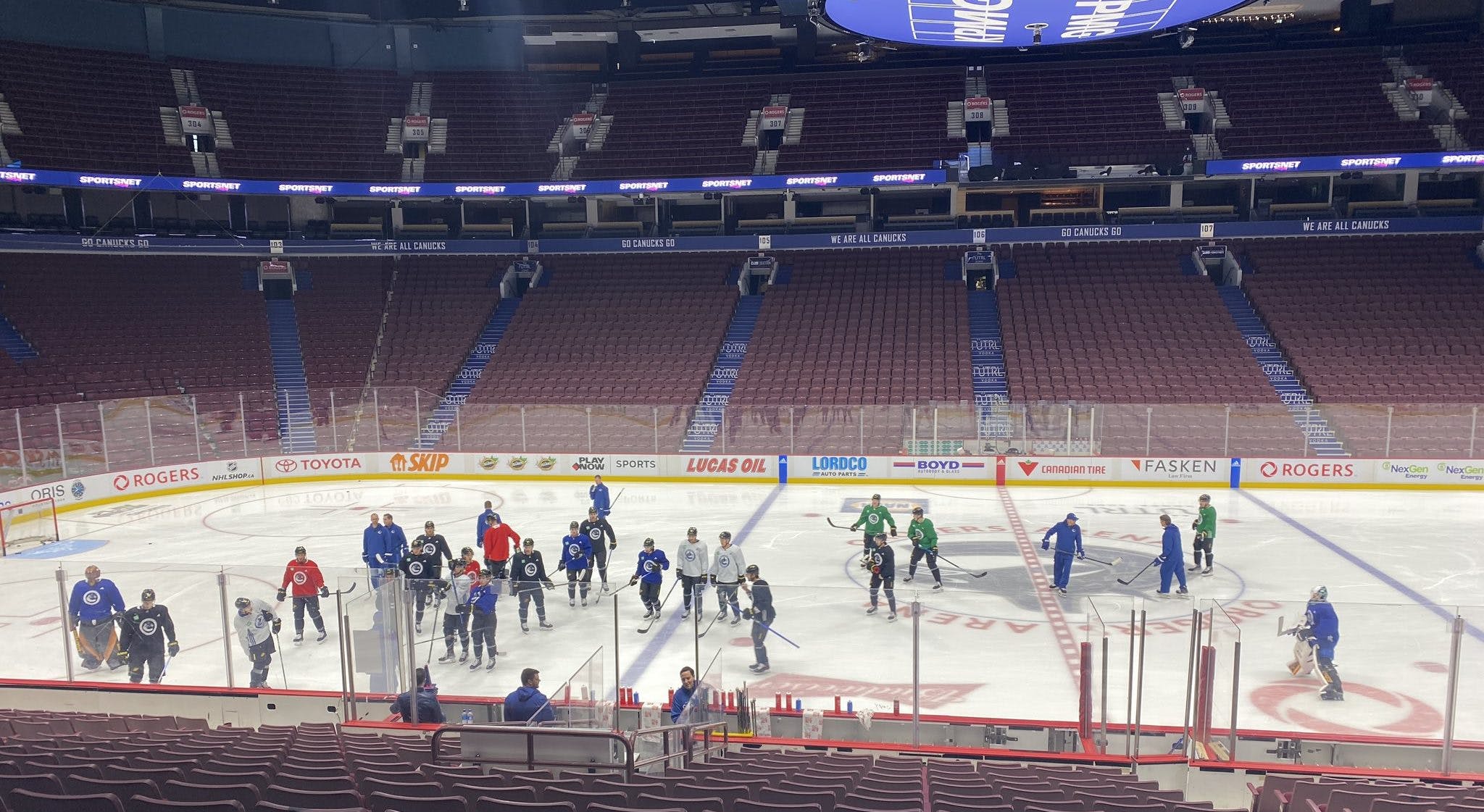 By Faber
26 days ago
Be sure to check out NHL betting odds site Betway for all the latest Canucks game day odds!
After yet another difficult home-ice loss to swallow, the Canucks were back on the ice for practice on Wednesday morning.
It was a high-intensity practice that saw the team run through a scrimmage for a handful of minutes — this is something new that we have not seen often or at all this season.
We typically see a lot of the same drills at Canucks practice but Wednesday saw a focus on five-on-five play and going back and forth down the ice instead of just one-way attacking and defending before cycling through the lines and defence pairings.
There were also some changes to the lineup, so without further ado, let’s get into what we saw.

There’s a new look to the Canucks’ top-six and it feels like head coach Bruce Boudreau is loading up all his top talent into those two lines.
Elias Pettersson is now the middle-man between Andrei Kuzmenko and J.T. Miller on the Canucks’ top line.
Ilya Mikheyev and Brock Boeser sit on Bo Horvat’s wings.
Will Lockwood was the top-DAWG on Tuesday night and he saw a jump up the lineup. Lockwood skated with Sheldon Dries and Cono Garland on a third line for the Canucks. We’ve seen Boudreau go with Pettersson, Horvat and Miller down the middle for a little while here but it seems like the ‘Miller is a centre‘ project is coming to an end for now.
The fourth line was Dakota Joshua, Jack Studnicka, and Curtis Lazar — Lane Pederson rotated in with the trio in a fourth-line role.
As for the defence pairings, they stayed the same as we’ve seen since Travis Dermott returned from injury.
In the scrimmage, we saw fast-paced action and Luke Schenn set the tempo early. He laid two massive hits on Studnicka early in the back-and-forth, one of the hits being Schenn nearly launching Studnicka into the bench. It almost had a feeling that a fight was going to happen from how intense the short scrimmage was and honestly, maybe that’s something that could spark this team…

To be quite honest, it doesn’t really matter what was said after the way the Canucks played on Tuesday night.
The Canucks are back in action at Rogers Arena on Thursday night against the Colorado Avalanche.
We will have a morning skate article for you after the skate concludes.
Editorials
Recent articles from Faber