Scenes from morning skate: Hamonic skates on the third pair, and Höglander gets a turn with Horvat 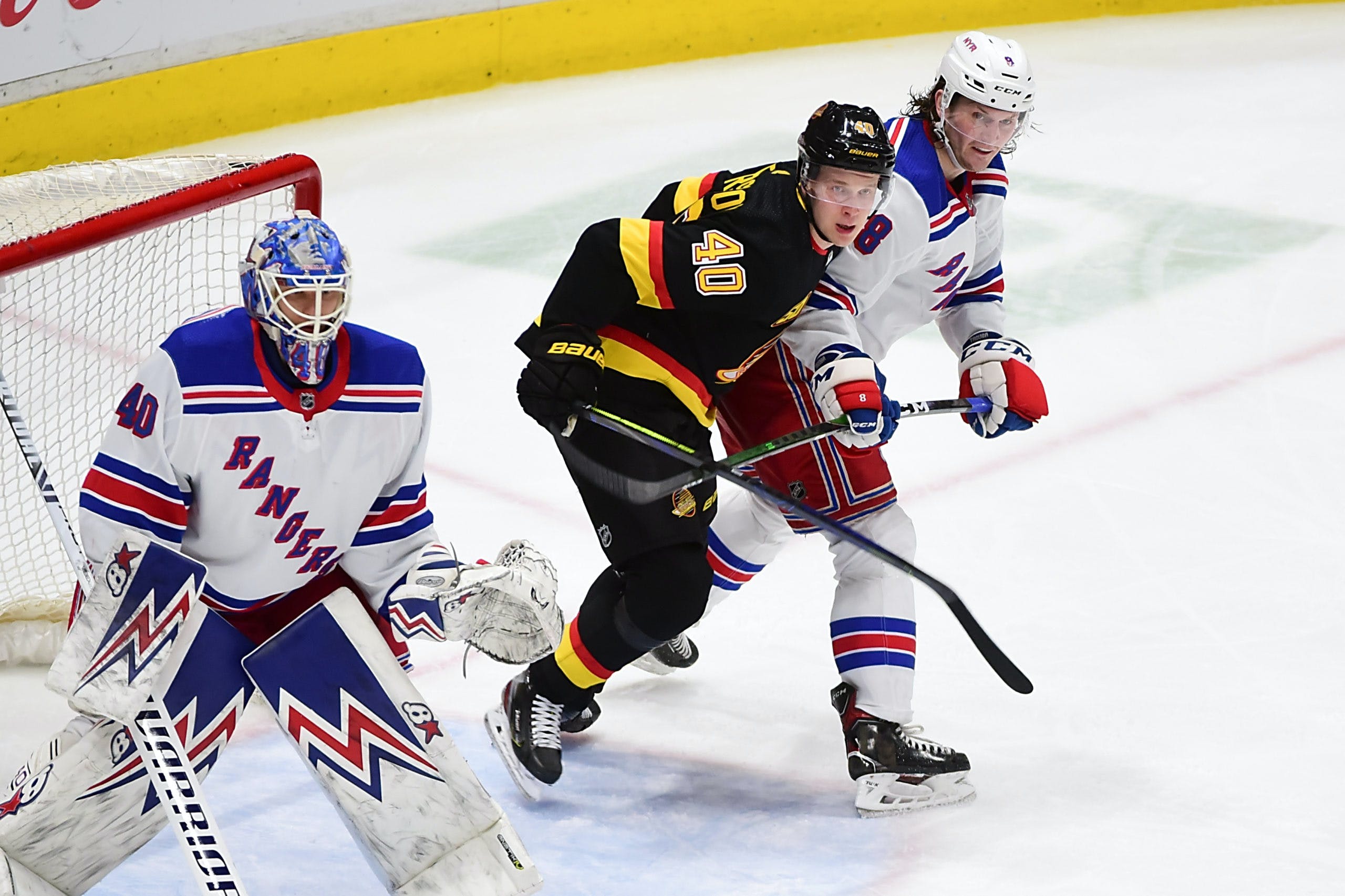 By David Quadrelli
1 year ago
You’ve heard this song and dance before.
Well, technically, you’ve heard it three times this season.
The Vancouver Canucks will look to pick up their first home win of the season tonight.
Fourth time’s a charm, right?
Here’s what we saw at morning skate ahead of the Canucks’ date with the New York Rangers this evening.

Travis Green declined to comment whether or not Travis Hamonic will be in the lineup tonight, although he did skate on a pair with Luke Schenn. Hamonic appeared in one game with the Abbotsford Canucks on Saturday night, and is eager to return to the Canucks’ lineup.
Green also added that he doesn’t feel that his team’s higher focus on defence has taken away from the offensive side of their game.
“I just don’t think we’ve been sharp enough,” said Green. “I think we need to play up to our standards too, from top to bottom of our lineup as far as offensively. I think we’ve done some good things defensively. I think we can be a lot harder offensively as well. Offence isn’t just flashy plays, and I said this when we were on the road trip, a lot of the things you talk about, defending, as far as being hard on the puck and coming up with pucks, the same thing can be said at the other end to create offence because the other team’s trying to take the puck away from you. And I think we’ve got to sustain a little more o-zone time.”
Like a true captain, Bo Horvat says the Canucks just need to trust the process.
“I think we’re doing a lot of the things that we want to do every single night,” said Horvat. “That’s playing well defensively and being hard to play against. We’re making it tough on teams, we’re not giving up a lot of goals or a lot of chances. It’s just a matter of putting the puck in the net, and at the end of the day, I think, you know, we’re getting our opportunities, but it’s bearing down and burying them now.”
Oliver Ekman-Larsson has played relatively well, all things considered. He’s logged big minutes for the Canucks, and has been a crucial piece to their blue line.
He knows the challenge that lies ahead for his team.
“Obviously we want to take care of business at home,” said OEL. “We haven’t been able to do that so I think tonight’s game is a big one for us to come out there and get a win.”
Puck drop is at 7 PM tonight from Rogers Arena in Vancouver.
Uncategorized
Recent articles from David Quadrelli