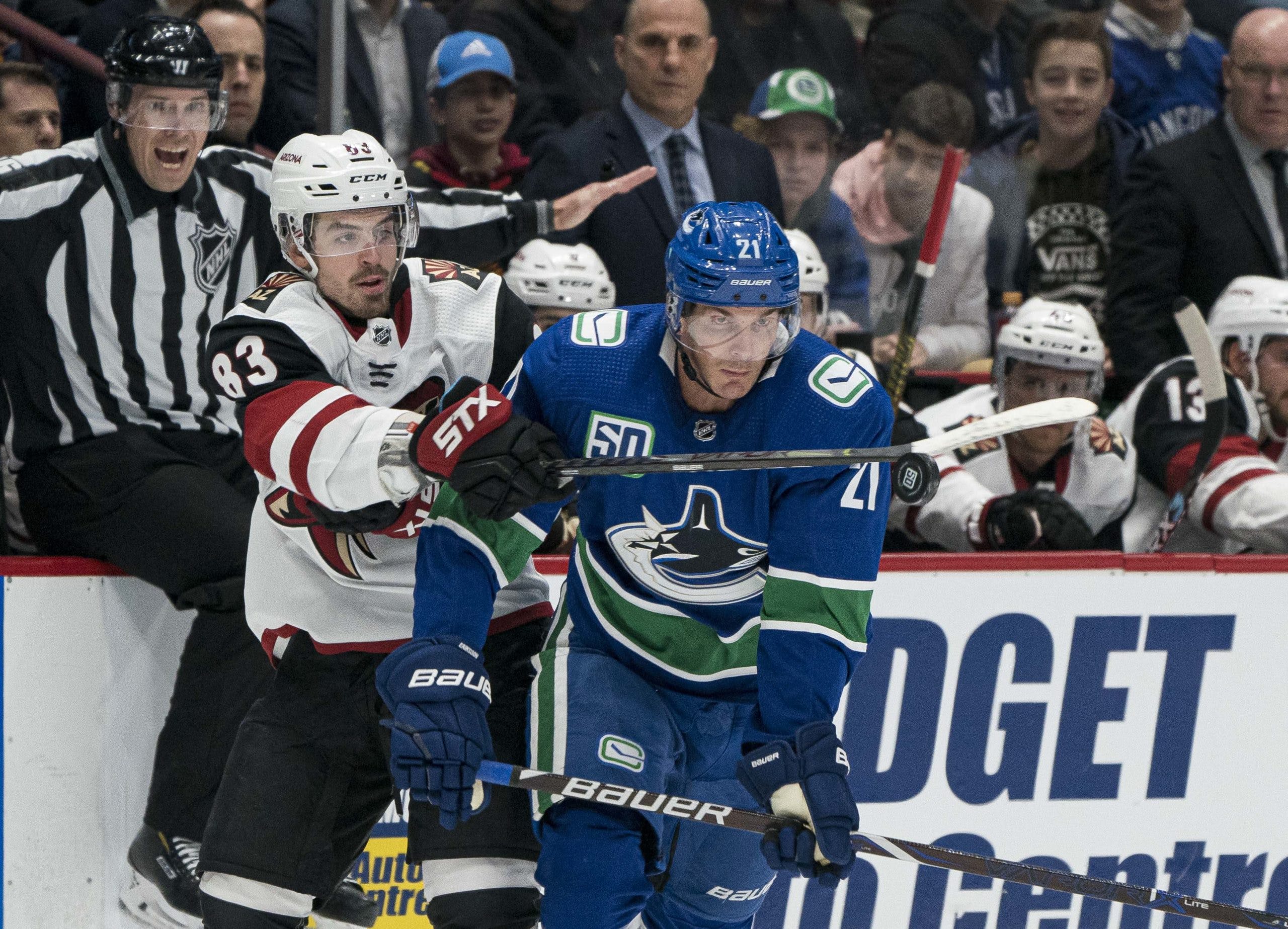 Head coach Bruce Boudreau talked about Conor Garland and the rest of the forwards’ point production not being there as of late as Garland gets set to face his former team.
“They all want to score, but they’re playing way more responsibly,” said Boudreau. “So as long as he continues to play well and we keep winning, I’m not going to be worried about it. If you start losing a lot of games and your production is down, then you start worrying about it, but they’re all playing well. They’re all working hard to work on the defensive part of the game as well, and they’re getting chances, but they’re not putting them in. But as long as we can continue winning I’m not going to worry about his production.”
Boudreau also talked about Oliver Ekman-Larsson’s new role on PP1 in the absence of Quinn Hughes.
“He played that position all the time in Arizona and was one of the best,” said Boudreau. “I mean, he’s here for a while we want him to understand that he is one of the best we got. I don’t expect anything different from him except for him to be him. He’s gonna get more opportunities to get offensive numbers because everybody seems to think that unless you get the offensive numbers you’re not playing well, and he’s been playing really good, but he’s going to be in that spot right now until Quinn Hughes gets back.”
Chris Faber joined me at Rogers Arena to preview the game tonight and talk about Jack Rathbone’s five-point night yesterday in Abbotsford as well.
Uncategorized
Recent articles from David Quadrelli