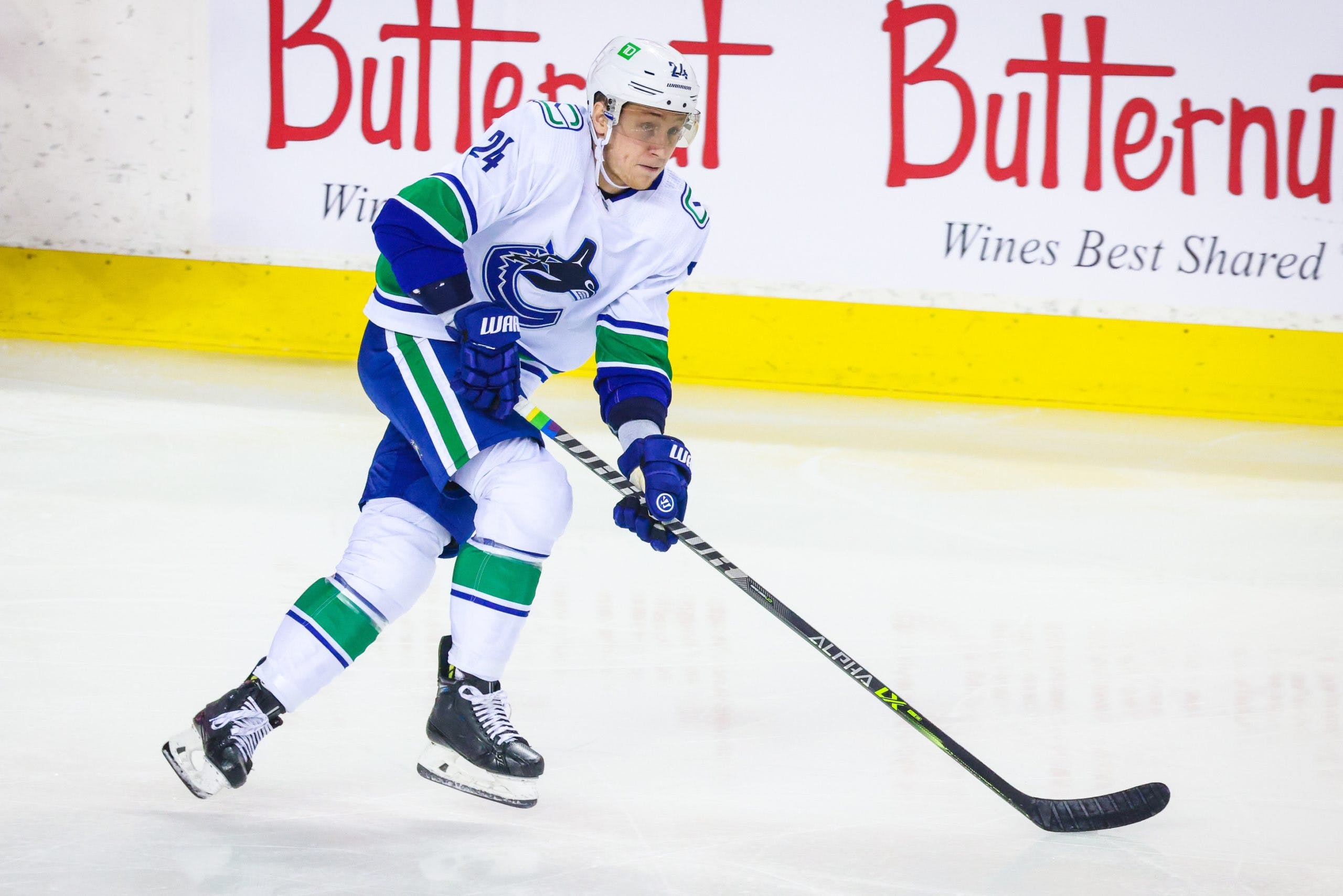 By David Quadrelli
28 days ago
Fresh off of a 6-2 win over the San Jose Sharks in commanding fashion on Tuesday night, the Vancouver Canucks were right back at it on Wednesday, practicing at Rogers Arena.
Spirits were high after the win and now above .500 and coming off of two solid performances against Pacific Division opponents — one of which the Canucks are chasing in the standings — this team is feeling pretty good about themselves right now.
By the time you read this, the team will have likely already flown out of town, as they head to Winnipeg for a matchup with the Jets tomorrow. They will then play the Calgary Flames on New Year’s Eve before returning home on January 3rd for a tilt with the New York Islanders.
But first — before all that — the Canucks practiced today, with a familiar face looking ready to slot back into the lineup.
Here’s what went down at Canucks practice today.

As you may have expected, the Canucks didn’t change much with their lines.
The one change they do appear ready to make, however, is to put Travis Dermott in the lineup on the third pairing alongside Luke Schenn.
Dermott has played just one game in Abbotsford since he left a preseason Canucks practice after taking a bump and feeling woozy. He’s found himself on LTIR this season as a result of the head injury.
In the meantime, the Canucks’ third pairing has been in a state of flux. Kyle Burroughs has taken shifts there on his off side, and more often, it’s been Riley Stillman — who the Canucks gave up a second round pick and Jason Dickinson for prior to the season — holding down that spot.
Stillman’s play with the Canucks hasn’t been all that impressive, and the return of a bonafide NHL defenceman like Dermott is certainly a welcome addition to this defence corps.

Head coach Bruce Boudreau commented on the chemistry Ilya Mikheyev has started to show with Canucks captain Bo Horvat, who scored twice in Tuesday’s big win over the Sharks.
“I just think he’s starting to skate,” Boudreau said. “I’m sure it’s tough, he’s been in only one organization since coming over. An adjustment period is there, but I’ve noticed the last few games, his legs — what we liked, I think, when they signed him, was how fast he was and the speed. And the organization thought we needed more speed.”
Travis Dermott spoke about his excitement to get back into the swing of things with the Canucks after his long absence while recovering from a concussion.
“Yeah, it’s definitely been a long time coming,” Dermott said. “As serious as the injury is, it’s one of those things that’s hard to see visibly.
“Something like this, you want to take your time. So, just want to thank these guys in here for taking such good care of me and not rushing me back too fast, making sure I’m fully healthy. But now that we’re there, I’m ready to go and ready to help the team out a little bit.”
Lane Pederson reflected on his successful start with the Canucks and how he’s meshed on a line with forwards Elias Pettersson and Andrei Kuzmenko.
“I think the three of us are starting to develop a little bit of that chemistry,” Pederson said. “They’re both really easy to play with, so I try to do my part: work hard, try and get pucks back for them and get open.”
Editorials
Recent articles from David Quadrelli